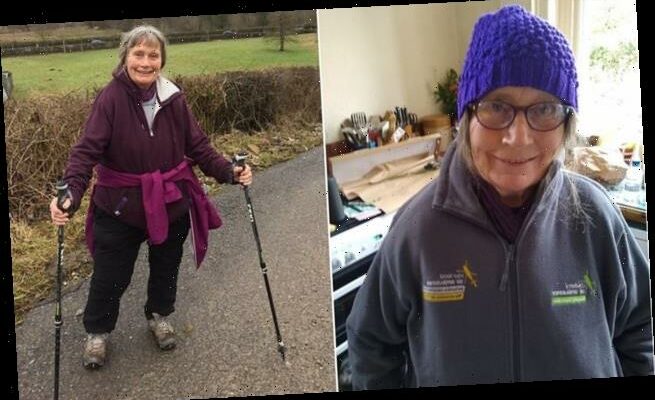 Ex-teacher, 63, trampled by COWS while walking her dog spent eight days in coma and needed 17 titanium plates to repair her ribcage

An ex-teacher spent eight days in a coma after she was trampled by cows while walking her dog and needed 17 titanium plates to repair her ribcage.

Pip Peacock, 63, spent eight days in an induced coma and a further two weeks in hospital following the attack at Magpie Mine near Sheldon in the Peak District.

Mrs Bakewell was walking with her 13-year-old black Labrador Buster, who died in the attack, when one cow approached her and she fell to the ground before being kicked and rolled over several times by the herd.

She shouted for help without success until two men and a woman came along and were able to chase the cattle away.

Mrs Bakewell was flown via air ambulance to the Northern General Hospital, in Sheffield, following the incident which took place in September, 2019. 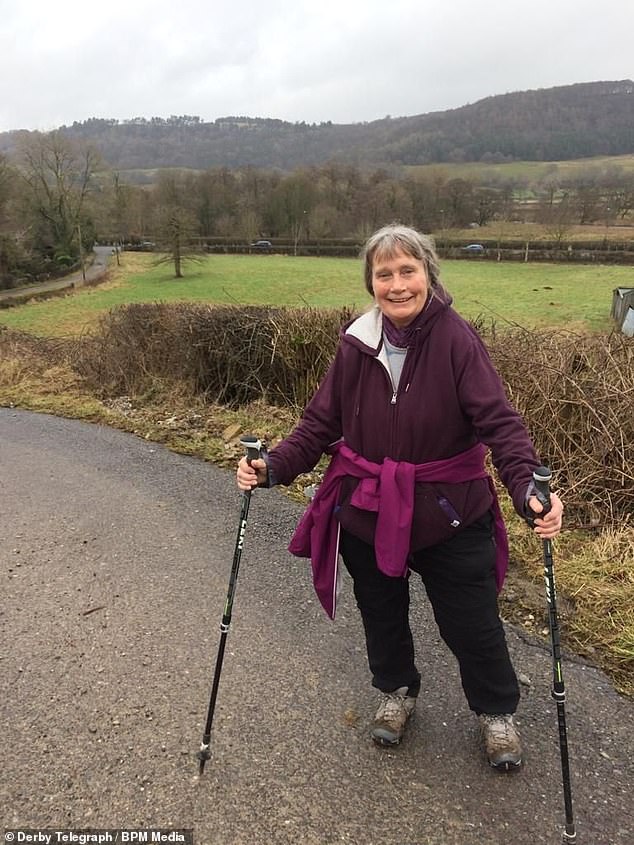 Pip Peacock (pictured), 63, spent eight days in an induced coma and a further two weeks in hospital following the attack at Magpie Mine near Sheldon in the Peak District

Her injuries included 34 breaks in her ribs, a broken collarbone, broken shoulder ligaments, and a broken finger, as well as serious wounds to her left leg and right knee.

Surgeons had to use 17 titanium plates to repair her rib cage – and before the surgery, her husband Philip was warned that the second major trauma to her body in two days might mean that she would not survive.

Thankfully, after more than three weeks in hospital, she was well enough to go home.

Mrs Bakewell said: ‘Buster was used to walking in fields of cows and was on a very short lead by my knees.

‘The first thing I recall about the attack is one cow coming for me. Then I was lying on the ground and was kicked and rolled over several times.

‘I tried to shout for help but had no voice. I put my hands over my head and recited Psalm 23; ‘The Lord is my shepherd; I shall not want. He makes me lie down in green pastures.’ I felt very peaceful as my faith means I am not afraid of death.

‘Suddenly, I heard voices and two men and a woman came along. The men were incredibly brave and chased the cows away. 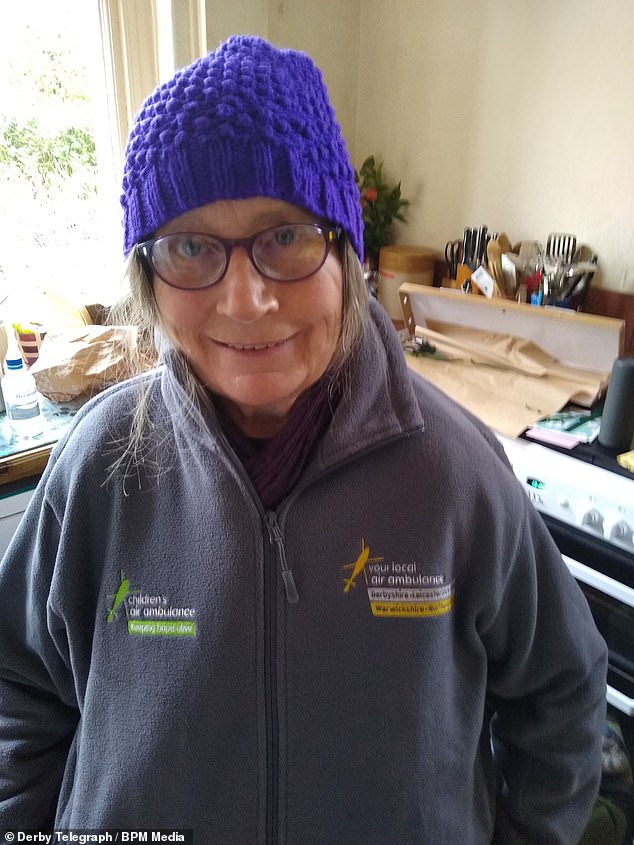 Mrs Bakewell was walking with her 13-year-old black Labrador Buster, who died in the attack, when one cow approached her and she fell to the ground before being kicked and rolled over several times by the herd

‘This was no easy task. I could hear them shouting and was worried the cows would attack them.

‘They used their sticks and camera tripods to move the cows away. The woman stayed and talked to me.’

She added: ‘Once the cows had gone, I could hear the man on the phone telling someone that my dog had been killed, but I don’t remember dropping Buster’s lead or him running away from me.

‘He was very placid and loved by everyone – even some people who didn’t usually like dogs. He came to us at 18 months from the Dog’s Trust and we couldn’t have asked for a better dog.’

The National Farmers’ Union (NFU) say cattle can become aggressive if they felt threatened, particularly when they have calves with them and if a dog gets between them and a calf.

Their suggestions include avoiding ‘getting between cows and their calves’, move quickly and quietly, and keep gates closed behind you when walking through fields.

Mrs Bakewell wants to raise awareness of the potential dangers of walking near cows, especially with dogs, though she doesn’t hold any ill-feeling about the incident.

She added: ‘I think it was just an unfortunate event. I have had incredible support since the accident and can see that good things have come out of it. I am making good progress but still struggle with pain from time to time.’

She is very thankful to Derbyshire, Leicestershire & Rutland Air Ambulance for the role it played in helping to save her life following the attack.

The air ambulance crew flew her to hospital in just 10 minutes, when a road journey from the remote location would have taken about 45 minutes.

‘My injuries were so serious I probably would not have survived if I had gone in a land ambulance to hospital.

‘The policeman who went to tell my husband what had happened said I might not live even though I had been taken by helicopter,’ she said.

Despite often being in pain, Mrs Bakewell has been trying to rebuild her life – initially by spending time with friends and family and since lockdown restrictions were introduced, by walking.

She has now set herself the challenge of walking 1,000 miles this year to raise funds for the local air ambulance, without whom, she believes, she would not be here today.

She added: ‘As walking was allowed I just did more and more. I needed a challenge and signed up to walk 1,000 miles in a year.

‘Then I thought it would be a great idea to use it to raise money for the local air ambulance charity so that something good comes out of what happened to me.’

She has made a great start to her walking challenge by completing almost 200 miles by the end of February.