A former Israeli government minister will serve 11 years in prison after he confessed to spying for Iran.

Gonen Segev agreed to a plea deal after admitting ‘severe espionage’ and passing information to an enemy.

Segev, 63, served as energy minister under prime minister Yitzhak Rabin in the mid-1990s.

He has previously served prison time for trying to smuggle drugs into the country using an expired diplomatic passport. 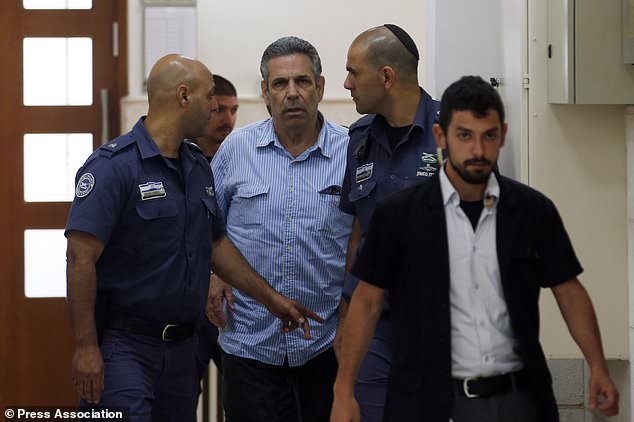 Former Israeli minister Gonen Segev, pictured being escorted into court last year, will serve 11 years in prison after he confessed to spying for Iran

The ex-minister was extradited from Equatorial Guinea and arrested upon arrival in Israel last May.

He was detained on suspicion of acting as an agent for Iranian intelligence and relaying information about the ‘energy market and security sites in Israel’.

The Shin Bet security service initially said Segev met his operators twice in Iran, and also met Iranian agents in hotels and apartments around the world.

Segev’s lawyers said the plea bargain for the 11-year sentence removed an initial charge of treason.

‘Indeed, Mr Segev did have contact with the Iranians but his motive was not to ‘aid an enemy during war’,’ they said. 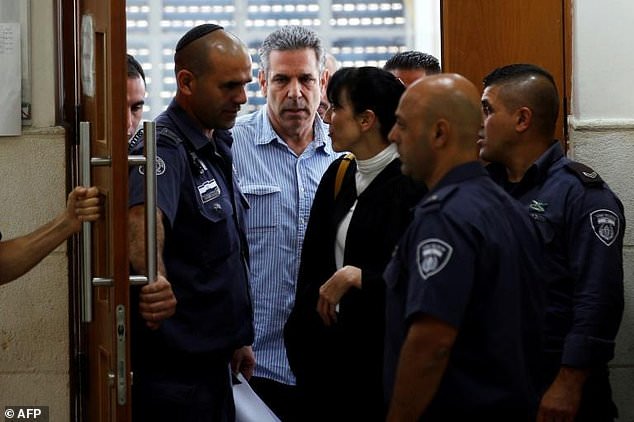 Segev, pictured being led away from court in Jerusalem last year, has previously served prison time for trying to smuggle drugs into the country using an expired diplomatic passport

He was earlier jailed in 2004 for attempting to smuggle 32,000 illegal Ecstasy tablets from the Netherlands to Israel using old diplomatic documents.

A former doctor whose medical licence was revoked, Segev was released from prison in Israel in 2007 and had been living in Africa in recent years.

Israel considers Iran to be its biggest threat, citing Iranian calls for Israel’s destruction, Iran’s support for hostile militant groups like Hezbollah and its development of long-range missiles.

Israel has been an outspoken critic of the international nuclear deal with Iran and welcomed the US decision to withdraw from the deal.

More recently, Israeli forces have carried out a number of air strikes on Iranian forces in neighbouring Syria.