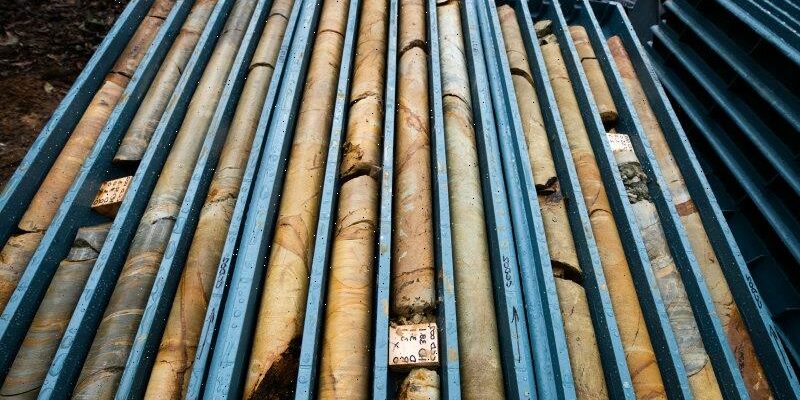 It’s known as a “noisy truth machine” in the mining industry.

Within about three weeks this machine – a diamond-tipped drill that bores deep below the earth – will have extracted hundreds of metres in rock core samples from a small section of the Wombat State Forest. 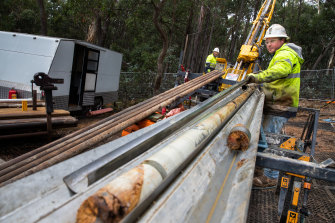 It will help confirm – or debunk – geologists’ suspicions that there is enough high-grade gold to warrant a new mine.

The stakes are high. If this spot yields gold, the payout is potentially enormous.

Consistently high gold prices and the discovery of rich deposits in recent years have reignited gold fever in Victoria.

This modern-day gold rush has sparked an exploration boom, with companies spending a record $149 million in the last financial year on searching for the metal in Victoria alone, an 83 per cent increase on the previous year.

The exploration race has also been a boon for archaeologists, who are called in to protect gold rush artefacts while gaining new insights into one of Victoria’s most historically significant chapters.

But some in neighbouring communities fear the industry risks repeating the mistakes of the original gold rush, which caused environmental devastation across Victoria.

And some residents who live close to operational mines say they can make daily life unbearable.

Currawong Resources, which is drilling in the Wombat State Forest, is among many exploration companies probing the same ground that was mined more than a century ago, hoping for Victoria’s next eureka moment. 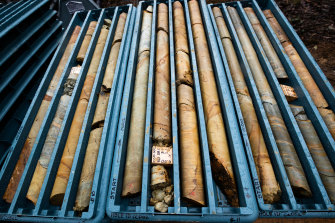 These core samples will help to determine whether a new gold mine should proceed. Credit:Jason South

The company’s community relations adviser, Michael Robinson, says miners in the gold rush stopped partly because they lacked the equipment to clear the groundwater that often filled mines as they pushed deeper underground.

“There’s no particular reason to believe they stopped because they ran out of gold. The experience in other places is that these things do continue further and deeper,” the trained geologist says.

“The only way to establish whether that’s true or not is to drill holes underneath old [mine] workings.”

On a drizzly morning in the Wombat State Forest near Trentham, the rig rumbles inside a fenced area the size of a large suburban block.

Robinson says the company is searching for large sections of quartz or other rocks that may conceal high-grade gold. In exceptional circumstances, extracting these slender core samples might even uncover visible traces of the metal itself.

The Victorian gold rush began tapering off early in the 20th century. But the modern rush was triggered by the discovery of new sections of gold at the Fosterville Gold Mine, near Bendigo.

The mine has produced 3.5 million ounces of gold in its 17 years of operation.

“People knew that there was gold left in the ground in Victoria, but what the Fosterville mine showed was there wasn’t just gold there,” Robinson says. “There was a lot of it at a high grade that could be extremely profitable if a company could find it.”

The state government has now issued about 300 minerals exploration licences, the majority including gold, which cover much of Victoria. These licences provide exclusive rights to search for minerals in a specified area. 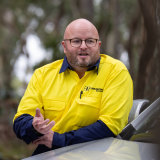 Robinson says it can take 10 years to establish a mine after gold is first discovered and the vast majority of explorations do not result in mining. Mines are expensive and risky ventures which require extensive environmental approvals and major financial backing.

But with total Victorian gold sales surpassing $1.7 billion in the past financial year, exploration companies are steaming ahead.

Robinson says preparing for exploration is a protracted process in itself and can require an archaeological survey if the site is close to a recognised heritage area.

Now laws ban the disturbance of historically significant artefacts and Bannear has conducted more than 20 archaeological surveys for exploration companies in the last three years alone.

These surveys have uncovered machinery and even everyday items from miners’ huts, including cutlery, bottles and tools.

“That informs where the company can put the drill rig, so they don’t disturb any of that stuff.”

A veil of mystery hangs over the lives, discoveries and secrets held by gold miners, Heritage Victoria principal archaeologist Jeremy Smith says, especially for those who laboured in remote parts of the alps and Gippsland.

“This is a new frontier of historical exploration for Victoria, and we’ll learn so much in the next few years about the lives and histories of the miners and communities that shaped Victoria’s gold rush,” he says.

Although Heritage Victoria has records of more than 2000 mining sites, many remain largely unexplored. New archaeological analyses help to fill those gaps.

But some historians believe the damaging environmental legacy of the gold rush has been obscured by a romanticised view of the era.

La Trobe University industrial archaeologist and environmental historian Professor Susan Lawrence says miners unearthed millions of tonnes of waste in the 1800s, some of it contaminated, which found its way into many Victorian river systems.

“It went on for 50 years,” she says. “All of that is still there in the Victorian landscape 150 years later because mining was not properly regulated.”

Lawrence says even today mines are sometimes left dormant, instead of being properly decommissioned, so that companies can avoid the cost of rehabilitating the sites.

“We’re talking about devastation that will last for generations. What is that worth to us today? What price do we put on these places?” she asks. 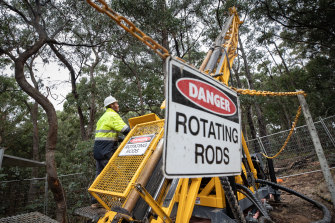 Industry figures, including Robinson, argue that mining companies are now bound by strict environmental regulations and must carry out extensive rehabilitation works after mining or exploration is complete.

But Kirsty McDonald says her life has been upended by a mine. She lived comfortably in her Axedale home near Bendigo from 2014 until June 2020, when a ventilation shaft from the nearby Fosterville Gold Mine began emitting a low-frequency hum that left her sleep-deprived and nauseous.

“It’s like a truck revving in your driveway, and it never goes away,” she says.

Fosterville is among five major gold mines in Victoria and its management wants to expand its operations as part of a plan to continue mining for at least another 10 years.

McDonald fears this expansion will increase the disposal of waste from Fosterville, with gold mine refuse often containing high levels of toxic materials such as arsenic.

She says the Campaspe River, which runs near the mine, is particularly vulnerable to the leaching of contaminated waste: “Once it’s contaminated there’s no going back.”

He says a reduction of fan speeds has also resulted in decreased low-frequency noise levels.

“Fosterville Gold Mine remains committed to being a responsible member of the local community, and our highest priority is the health and wellbeing of our people and neighbours,” he says. 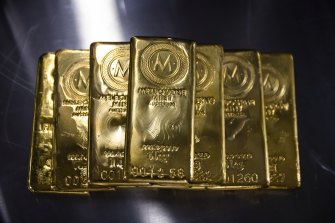 Gold mines are delivering huge economic benefits for Victoria as they dig deeper and wider than ever before, says the Minerals Council of Australia’s Victorian executive director James Sorahan.

Sorahan wants to see another two large mines operating by the end of the decade in Victoria and expects continued demand for gold will ensure the local industry remains viable.

“People love gold,” he says. “It will always be in demand.”