MONTEVIDEO (Reuters) – European and Latin American leaders will gather on Thursday in the Uruguayan capital of Montevideo to discuss a plan to solve the deepening crisis in Venezuela, but will steer clear of direct intervention. 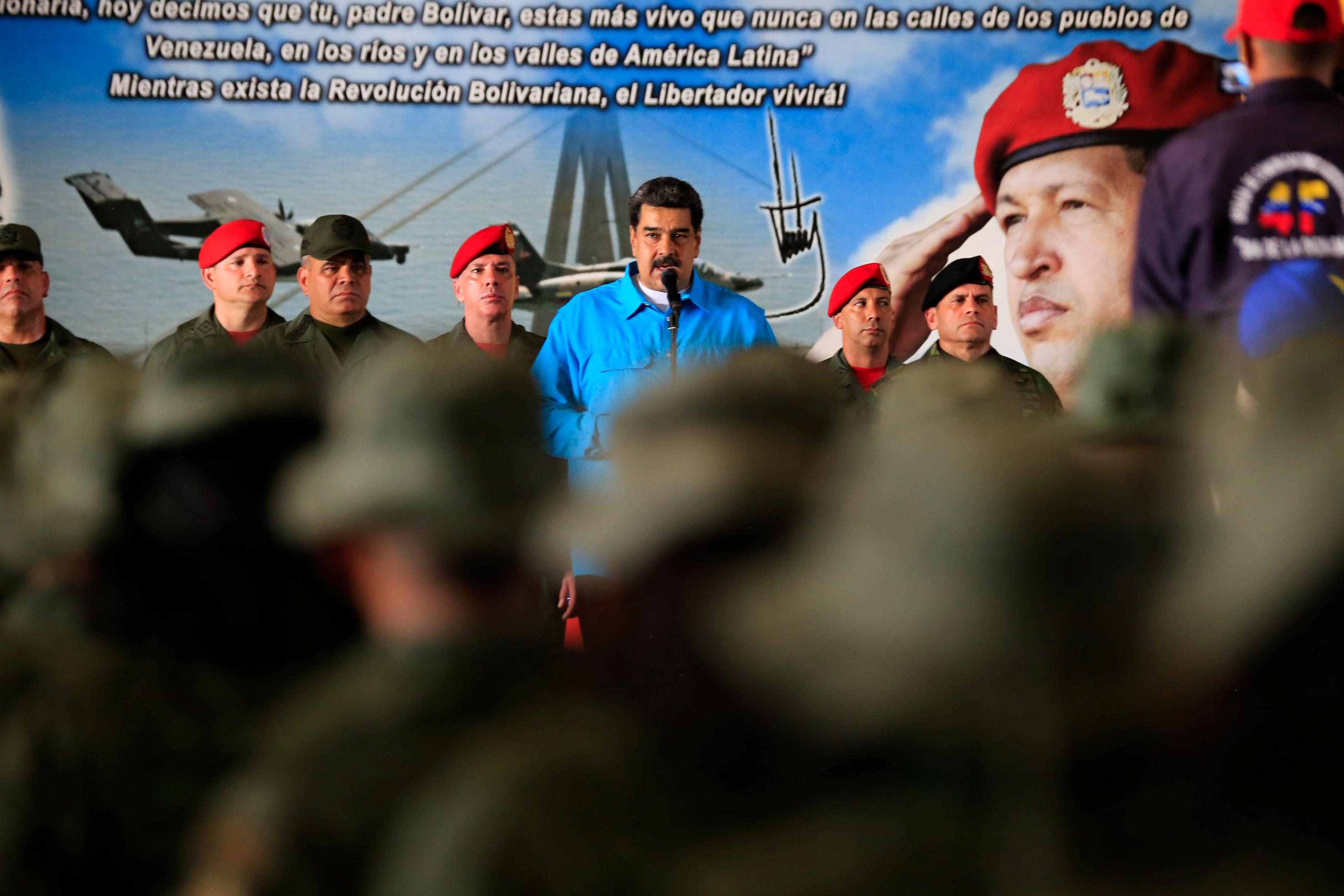 The EU-backed group, known as the International Contact Group on Venezuela, will hold its inaugural meeting on Thursday, laying out a more hands-off approach that is at odds with calls by the United States and Latin American powers for more intervention.

The gathering comes on the heels of a separate meeting of the harder-line Lima Group in Canada, which called for international action against Venezuelan President Nicolas Maduro to pressure him to step down.

Venezuela’s collapse under Maduro, with the country plunged into poverty and driving some 3 million people to flee abroad, has forced nations worldwide to take a stance, particularly after opposition leader Juan Guaido declared himself president last month.

Major European Union nations have joined the United States, Canada and a group of Latin American countries in recognizing Guaido as the rightful interim ruler of the South American nation.

But others remain wary about direct involvement – including participants at the meeting of the ICG.

On the eve of the meeting on Wednesday, Mexico, Uruguay and Caribbean countries presented a plan for Venezuela, titled the “Montevideo Mechanism.”

“This is based on good faith, where we don’t intervene unless with dialogue, negotiation, communication and a willingness to contribute,” Mexico’s foreign minister, Marcelo Ebrard, told reporters in Montevideo, echoing comments made earlier this week.

Mexico was once an outspoken critic of Maduro. But ties with Venezuela have warmed under leftist President Andres Manuel Lopez Obrador, who invited Maduro to his inauguration last month.

Maduro, who retains control over the state, denounces Guaido as a U.S. puppet who is seeking to foment a coup against him. Maduro is supported by China and Russia, while in Europe Slovakia and Italy have defied coordinated EU actions and the stance of the United States.

Lined up behind the ICG are the European Union and a number of member states including France, Germany, Italy, the Netherlands, Portugal, Spain, Sweden and the United Kingdom. Latin America members include Bolivia, Costa Rica, Ecuador, Mexico and host Uruguay.

The ICG, launched just late last month, has said its aim is to find a “political and peaceful process” within 90 days in which Venezuelans determine their own future, through the holding of free, transparent and credible elections.

Some critics, however, say privately that this stance could allow Maduro off the hook, even as pressure builds against him to step down. Maduro was re-elected to a new six-year term as president last May, but many have condemned the election as a fraud.