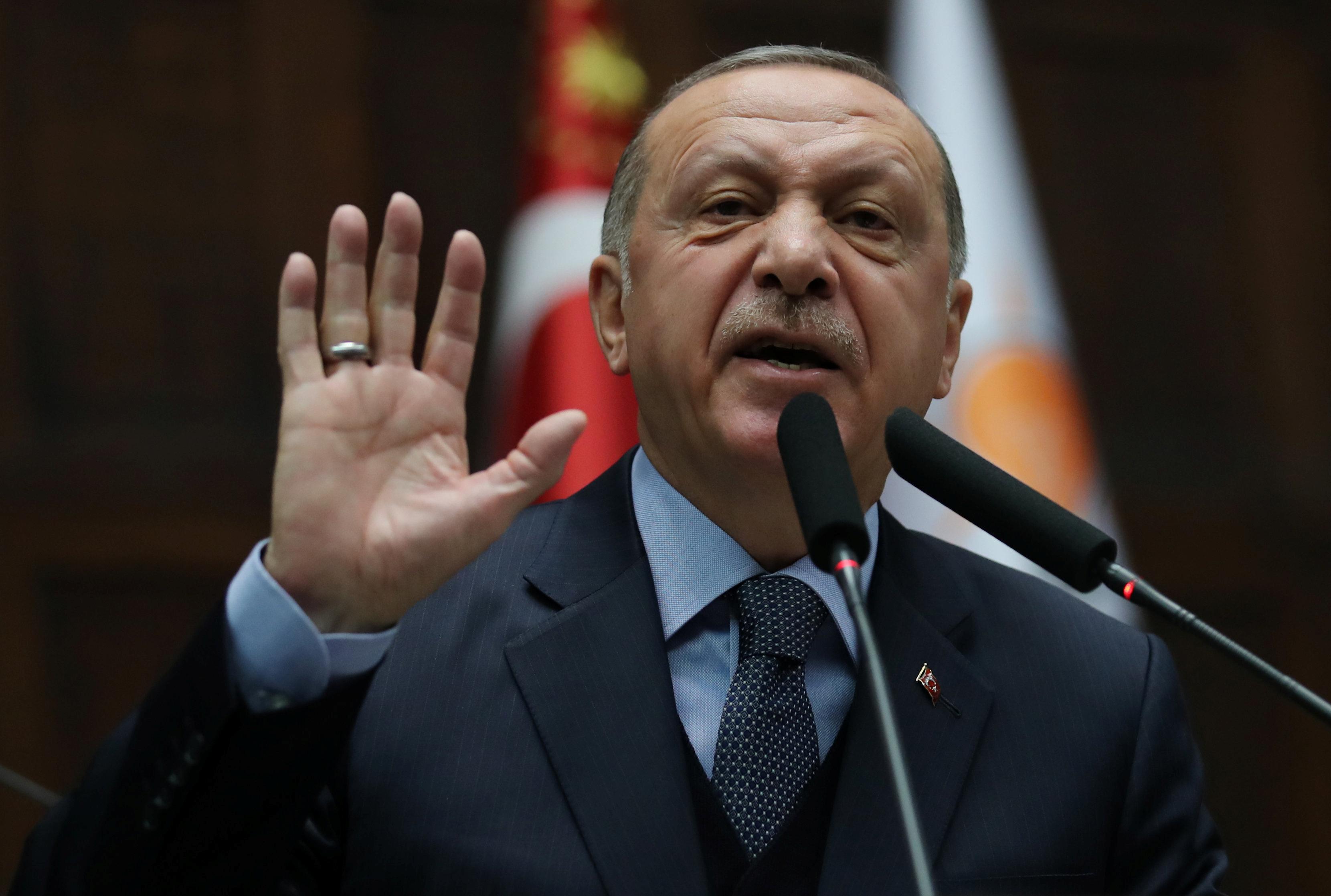 Erdogan said John Bolton, who held talks with Turkish officials in Ankara on Tuesday but left without meeting the president, “made a serious mistake” in setting conditions for Turkey’s military role after the U.S. pull-out.

The rebuke highlights the difficulties in implementing Trump’s goal of bringing home some 2,000 U.S. troops stationed in Syria – a plan that hinges on Turkish cooperation to secure a huge swathe of northeast Syria as the United States departs.

But the plan was lauded by Ankara. Turkey considers the YPG a terrorist organization and an extension of the outlawed Kurdistan Workers Party (PKK), which has waged a three-decade insurgency in its largely Kurdish southeast. Washington’s support for the militia has infuriated Turkey.

Before arriving in Turkey, Bolton said Turkey must coordinate military action with the United States and no U.S. withdrawal would take place until Ankara guaranteed the Kurdish fighters would be safe.

But Erdogan, who has long argued that the YPG were no different from the Islamic State militants, said the condition was unacceptable.

“If they are terrorists, we will do what is necessary no matter where they come from,” he told members of his AK Party in parliament.

“Bolton has made a serious mistake and whoever thinks like this has also made a mistake. It is not possible for us to make compromises on this point.”

The Turkish president accused members of Trump’s administration of trying to muddy a clear understanding between the two countries over the withdrawal.

“Different voices have started emerging from different segments of the administration,” Erdogan said.

A senior Turkish official said Bolton had asked to see Erdogan but his earlier remarks may have been a factor in the meeting not going ahead. Erdogan later told reporters there was no need for him to meet Bolton.

He also said the United States would not be withdrawing from its base at al-Tanf near the Iraqi border at this point.

On a visit to Jordan on Tuesday, Secretary of State Mike Pompeo said the withdrawal would not jeopardize Washington’s efforts to counter regional threats from Islamic State and Iran.

The friction with the United States has had economic consequences for Turkey. A diplomatic rift last year – now partly repaired – was one of the factors that sent Turkey’s lira into a tailspin over the summer.

The currency slipped again on Tuesday, weakening some 2 percent against the dollar.

Ahead of Tuesday’s talks, Turkey’s Hurriyet newspaper said Ankara would ask U.S. officials either to hand over its military bases in Syria to Ankara or to destroy them. It cited unspecified sources as saying Turkey would not accept the handover of what it said were 22 U.S. military bases to the YPG. 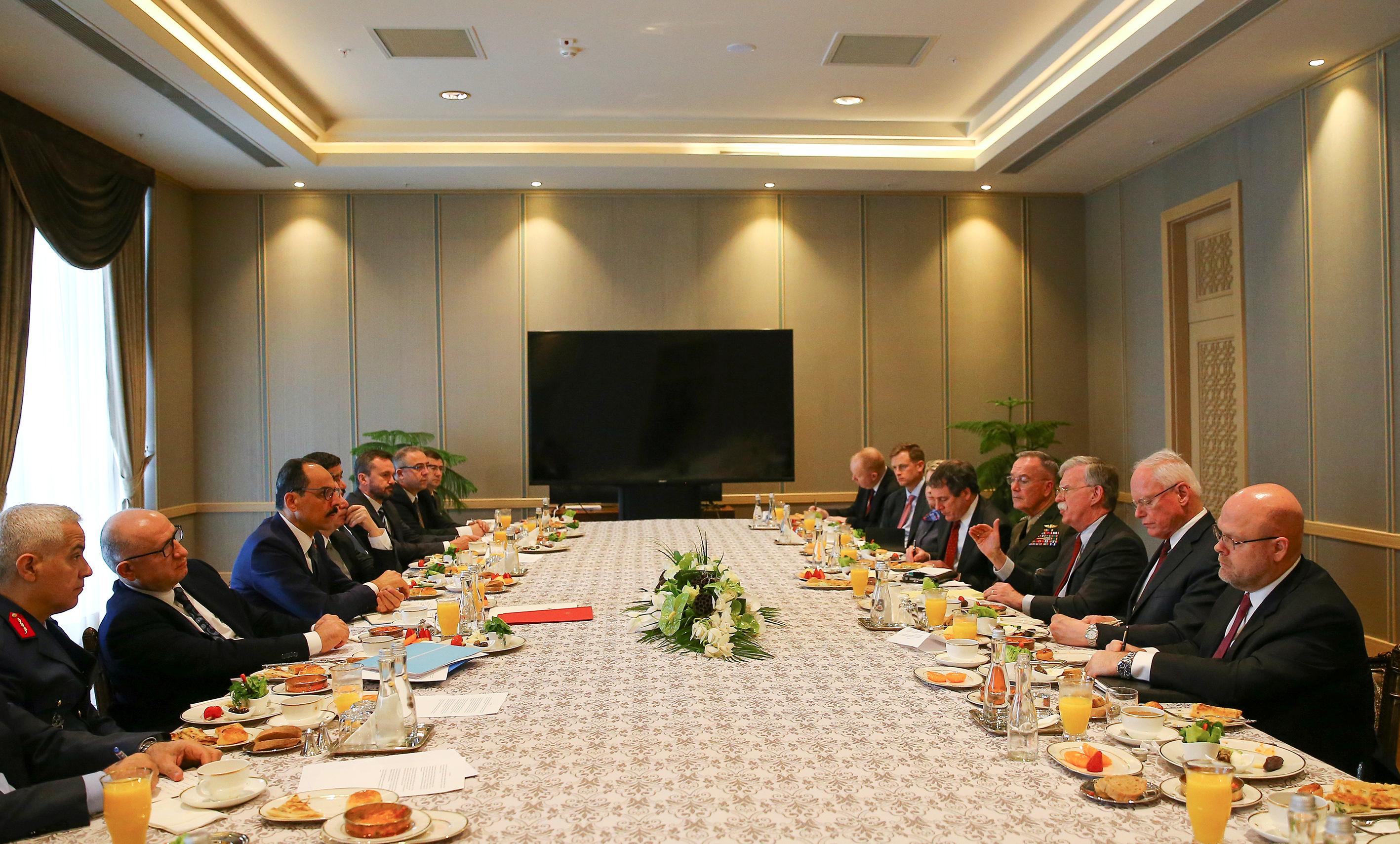 A senior Turkish security official told Reuters last week Washington needed to allow Turkey to use its bases in Syria. Kalin said Turkey wanted the bases emptied and handed over to “local elements”.

Following the meeting, Kalin said there was no slowdown in the U.S. withdrawal from Syria and that Turkey was focused on what happens to U.S. bases in Syria and the weapons Washington has given the YPG.

Bolton was joined by U.S. Chairman of the Joint Chiefs of Staff General Joseph Dunford and U.S. special Syria envoy James Jeffrey for the talks with Kalin, who is Erdogan’s spokesman and deputy head of Turkey’s security and foreign policies board.