Moonwalkies! Energetic husky puppy uses the slippery floor like a treadmill after owners tie it to a door knob

This is the hilarious moment an energetic husky puppy runs on the spot on a slippery floor after it was tied to a doorknob.

The husky was excitable in its home in central China when the owner came up with a solution to tie the dog by the leash to the doorknob.

Little did they know, the dog would continue to run but this time on the spot.

The video was filmed in Zhengzhou City in central China’s Henan Province on December 2.

It shows the industrious pooch using the polished wooden floor to run on the spot like it was on a treadmill.

Huskies are notoriously hard to train and have extreme energy levels – especially when not given enough exercise. 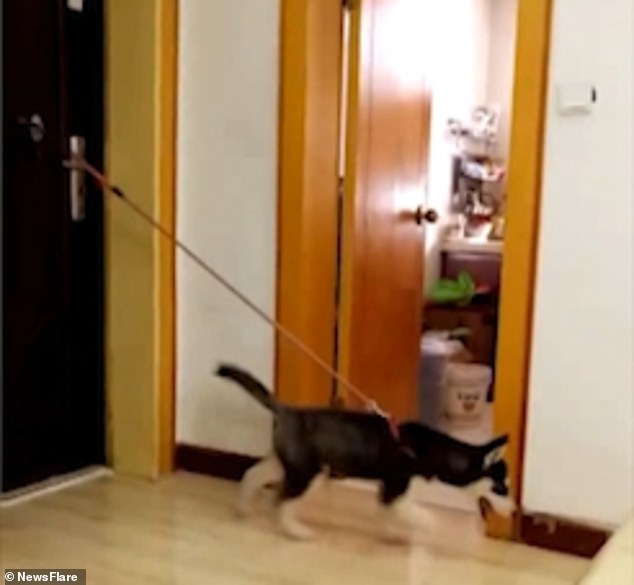 The breed tend to get bored if they haven’t had 30-60 minutes daily exercise and with puppies like the one in the video, it is recommended they get 1-2 minutes of walking per age.

They are also known to dig up yards and cause general chaos, so this pooch being cooped up with high energy levels is a recipe for disaster.

It is recommended that a husky has a backyard, even if small, to use up its considerable energy.

The breed are known escapologists too, so first-time owners must be aware of this before purchasing one.

Huskies have a loving temperament and are very beautiful, lulling owners into adopting them.

Dog-lovers often ditch their huskies when they are overwhelmed by the energy levels, meaning its one of the most represented breeds in shelters. 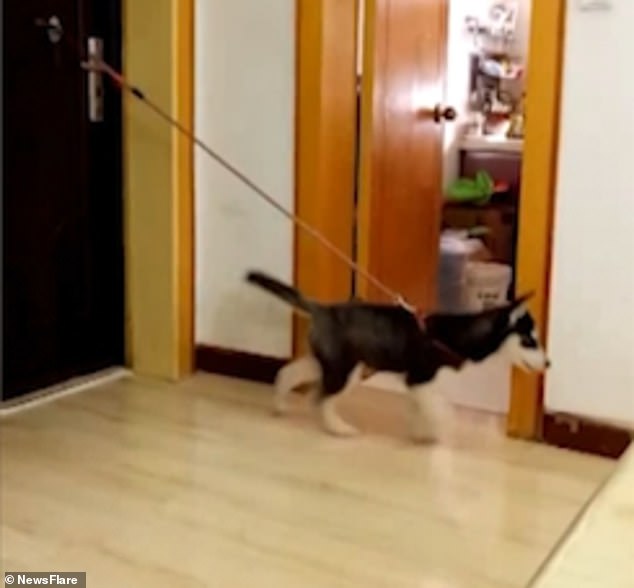