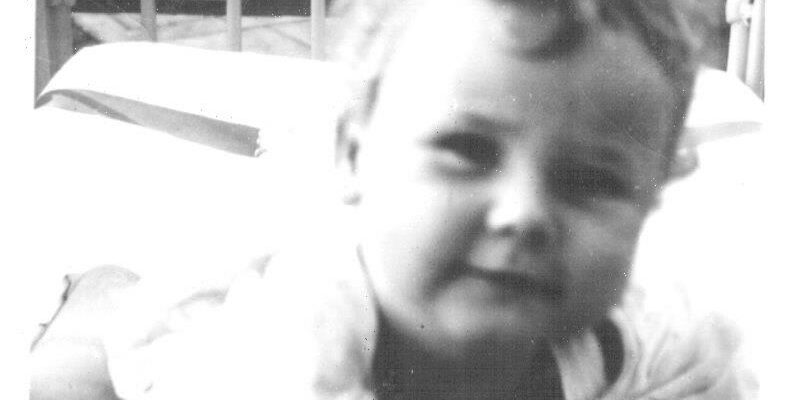 Six years before polio vaccinations began in Australia, Dorothy Thomas recorded the news that parents feared. Her 10-month-old daughter, “darling Gillian had been stricken with the dread polio”.

Gillian Thomas, now 71 and the president of Polio Australia and Polio NSW, was paralysed in both legs and one arm. Her three-year-old sister had a mild case. When COVID-19 hit, Ms Thomas got vaccinated as soon as possible. “I know what it was like for me. Vaccines were unavailable.”

Nearly 70 years after the polio vaccine was invented, elimination is close. Two cases of the virus poliomyelitis have been reported worldwide so far this year compared to 140 last year, says the World Health Organisation. 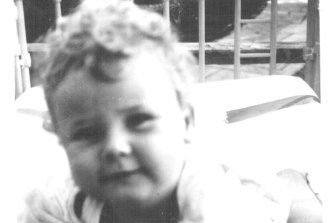 Gillian Thomas’ mother reported that her daugther Gillian, now 71 and president of Polio Australia, got polio when she was 10 months old in November 1950. Now the world is on the brink of eradicating polio.Credit:Thomas family

A case was reported in Afghanistan, where the Taliban has announced it will allow mass door-to-door vaccination of children next month, and the other in Pakistan.

Reported first by the ancient Egyptians about 4000 years ago, huge polio outbreaks in the first half of the 20th century terrorised families. Australia will celebrate being officially polio free for 21 years next week, and about 40,000 people live with some form of paralysis caused by polio. 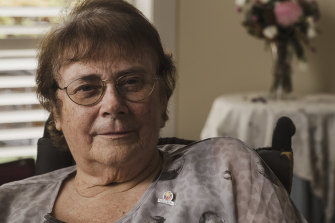 Polio Australia head Gillian Thomas had no hesitation about getting the COVID vaccine. She had polio as a child, contracted before the vaccine was available. Credit:James Brickwood

Even today, there is no cure. Polio is spread through person-to-person contact, mainly by the transmission of faeces to the mouth, and sometimes by contaminated water. If eradicated, it will be the second disease to become history. Smallpox was the first.

The Global Polio Eradication Initiative (GPEI) is calling for a last big push to eradicate the disease. Its members include the WHO, the Gates Foundation, Rotary International, Global Citizen, Gavi and Polio Australia.

They are also asking the Australian government to increase funding, estimating a $15 million annual contribution would help immunise 11.5 million children. 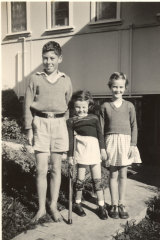 Gillian Thomas, centre, with her brother Richard and her sister Jacqueline. Jacqueline and Gillian both contracted polio in 1950 but Gillian’s case was far more severe, causing paralysis.

Sarah Meredith, regional director of Oceania with Global Citizen, a non-profit, said the news of two cases was “terribly exciting”.

She said the polio program’s success in reaching people with vaccines had been a blueprint for how to end the COVID-19 pandemic.

“As Australia and the world begin to open up post-COVID, it is worth noting that neither smallpox nor polio has ever reached natural herd immunity,” Ms Meredith said. “Vaccines are the solution. Like smallpox, it can only be eradicated once there are no cases. About 85 per cent of the population needs to have the polio vaccine for that to happen.”

The GPEI also reports on cases of circulating vaccine-derived poliovirus. If not enough children are immunised against polio, the weakened virus can pass between individuals and over time genetically revert to a form that can cause paralysis.

That’s why it was so important to reach every last child, said Ms Meredith. “Only once there are zero cases for two to three years, will the World Health Organisation start the certification that we are polio free,” she said.

To achieve total elimination by 2026, though, requires a multibillion-dollar effort to vaccinate 400 million children in 50 countries – an estimated 3.5 million in Afghanistan alone – and surveillance in 70 countries.

Without eradication, polio could again surge to 200,000 new cases.

While there are only two cases, traces of the virus were reported in 63 places, mostly in water, in Afghanistan and Pakistan.

Jonas Salk, who was an international hero when he invented the first polio vaccine, has opted not to patent his vaccine. When asked why he didn’t, he replied: “Well, the people, I would say. There is no patent. Could you patent the sun?”

For many polio survivors, the similarities with COVID-19 were hauntingly familiar.

In the United States and Australia, borders between states were closed, and pools and theatres shut to prevent the spread. Houses were fumigated, people quarantined, and entire families ostracised, wrote the University of Melbourne’s Professor Joan McMeeken.

Compared to vaccination for COVID-19, Ms Thomas recalled there was less hesitancy about the polio vaccine, very likely because the effects of polio were highly visible.

“What is similar is parents were so scared that their kids were going to get polio,” she said. “I remember in my baby book, my mother wrote ‘my darling Gillian has been stricken with the dread polio.’ It was such a poignant statement she made. It just shows the dread in the community, and early on they didn’t know how people contracted it, and there were all sorts of weird ideas.”

“For example, how did I get it? I was a baby. They didn’t know when it was going to strike. They were hanging out for a vaccine to become available.”