BBC Newsnight host Emily Maitlis has revealed she once saw former US president Bill Clinton browsing a copy of the Kama Sutra.

The presenter, 48, has given a revealing insight into her career as a journalist in her new book Airhead: The Imperfect Art of Making News.

Maitlis, who last month took over the lead anchor role on the BBC Two show,  also tells how she found Donald Trump ‘creepy’ during a one on one interview. 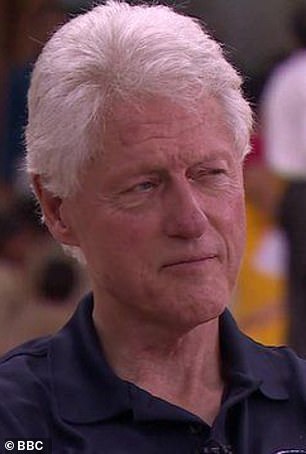 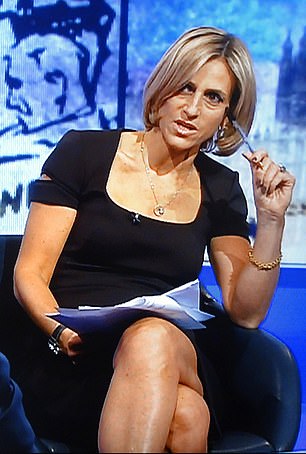 Matilis (right) says the former US president (left, during their interview in 2014) who famously had an affair with Monica Lewinsky, was looking at a ‘heavily decorated’ copy of the Kama Sutra.

She writes how the night before she interviewed Clinton in India in 2014 she spotted him in a hotel gift shop.

Matilis says the former US president, who famously had an affair with Monica Lewinsky, was looking at a ‘heavily decorated’ copy of the classic Kama Sutra sex manual. 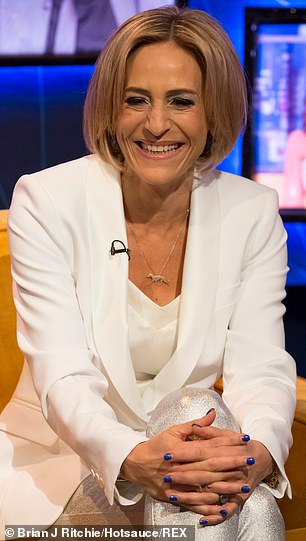 Maitlis interviewed Clinton in India in 2014

In an interview at the weekend with the Mail on Sunday’s You Magazine, Maitlis revealed she regretted not pressing Clinton on his affair with Lewinsky.

She made the 11th-hour decision after Clinton’s aides told her he had just had a ‘funny turn’ and might pull out of the interview altogether if ‘anything happens on camera.’

Maitlis, who has two children, Milo, 14, and Max, 12, said: ‘I was trying to read between the lines, thinking, ‘What are you saying?’ There were all these sorts of things stacked against us that we had to weigh up.

‘The fact that he wasn’t well, that we had travelled all this way to get the [interview] – and if they pulled the tape, I would come away with nothing.’

The book also follows her work covering the Bataclan terror attack in Paris in 2015, and she briefly mentions her stalker who was jailed in January last year for stalking her over 25 years.

The reshuffle of the Newsnight presenting team saw it go an all female line-up for the first time.

It comes after a major row over the treatment of women at the BBC, with female journalists repeatedly protesting at being paid less than their male counterparts for doing similar roles. 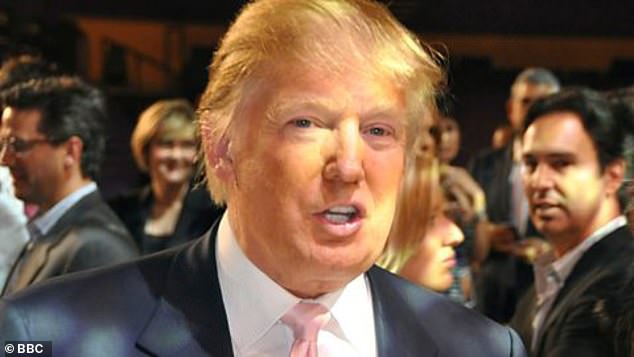 In her book, Maitlis told how she found US president Donald Trump (pictured) ‘creepy’ during a one on one interview

Canadian-born Maitlis acted as a political editor and presenter on the current affairs show, and covered numerous elections for the BBC.

She said after he appointment: ‘I am delighted to be moving into this role at a time when Newsnight feels so pivotal to our understanding of this extraordinary moment in British history, and to be working with such an exceptional team.’

Newsnight editor Esme Wren said: ‘This is a tremendous presenter line-up that sends out a clear signal about the programme’s growing ambition.

‘All three presenters bring substantial political clout and a wealth of expertise across a broad range of subjects. 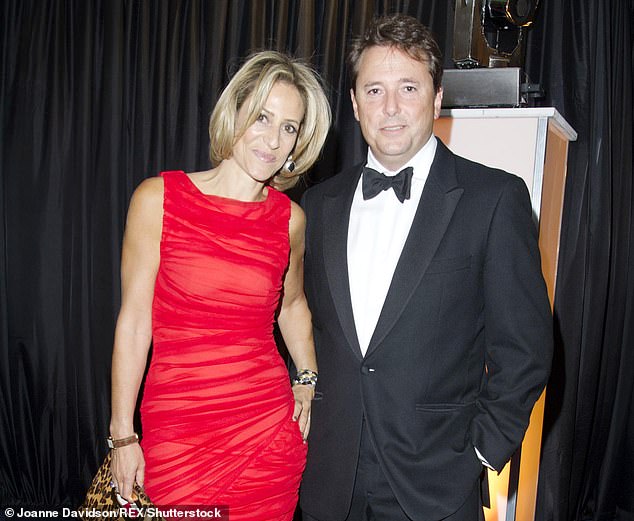 ‘Emily’s promotion to lead presenter is testament to the journalistic excellence, passion and tenacious interview style that saw her recognised as Network Presenter of the Year at the recent RTS Television Journalism Awards.’

In the interview last weekend Maitlis said that her ‘best-ever question’ was asking the man who would become her husband to marry her.

Speaking in an exclusive interview in The Mail on Sunday’s You magazine she even reveals how investment manager Mark Gwynne had the temerity to take his time before accepting.

Talking about the moment she popped the question on a beach in Mauritius 19 years ago, she says: ‘We’d flown out on millennium eve. It seemed the right place to ask. I’d packed a little white beach dress and I was like, “This will be great? We’ll just get married on Friday!’’ ’ But Mark stopped short of marrying her there and then.

She says: ‘Mark was like, “No, my mum has to be there” which is very sweet but, actually, when we got back she was the first one to say, “Oh, for goodness’ sake, you should have eloped.” ’

Airhead: The Imperfect Art of Making News is published by Michael Joseph (£18.99).