He’s got it licked! Elmer the rescue dog becomes an internet star because his five-inch tongue hangs out of the side of his mouth after he had four teeth removed

A ‘goofy’ rescue dog who looks like he is constantly pulling a silly face because his tongue is always hanging out of his mouth is melting hearts online.

She fell in love with the special needs dog due to his unusual looks and longing to be loved when she met him in January.

Elmer’s five-inch tongue flops from his mouth due to four of his teeth being removed, and prior to being rescued was found wandering the streets. 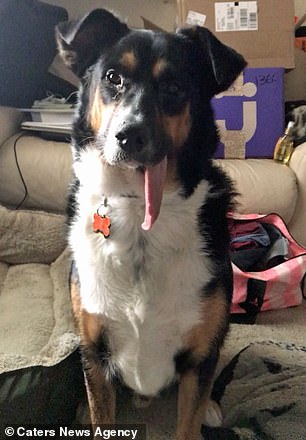 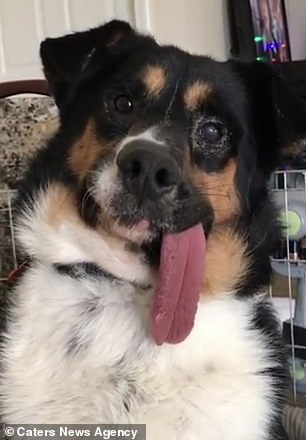 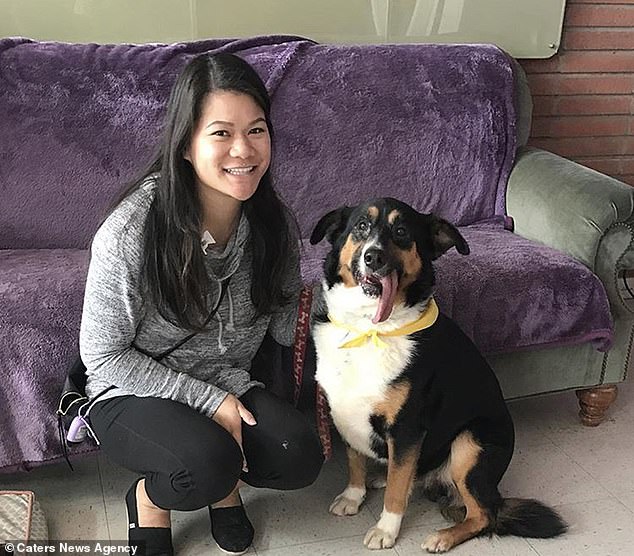 Stephanie Tran, 28, from Peoria, Arizona adopted Elmer and has made him an online star with her social media posts

Stephanie, a catering coordinator, said: ‘He is deaf and has no teeth, he was found as a stray wandering around the city.

‘I needed to have a goofy-looking dog, I felt bad for him and knew I needed to help this dog out.

‘When people see him they often laugh at first, because of his tongue but then they think he is the friendliest goofball ever.

‘The first thing anyone says is that, ‘he must be thirsty’ because his tongue is hanging out.

‘I normally laugh and use it to explain the reason his tongue is like that because he has very few teeth. 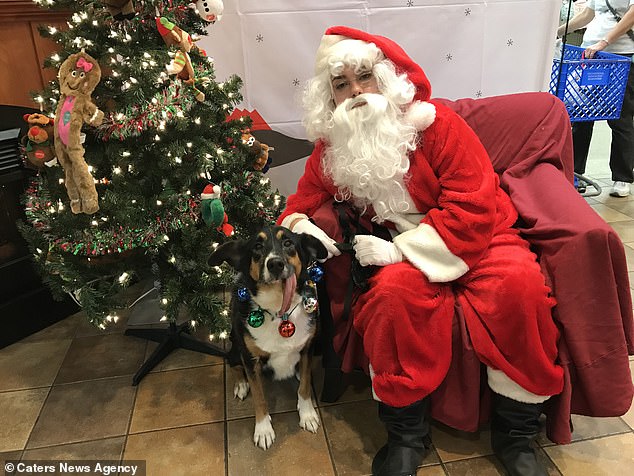 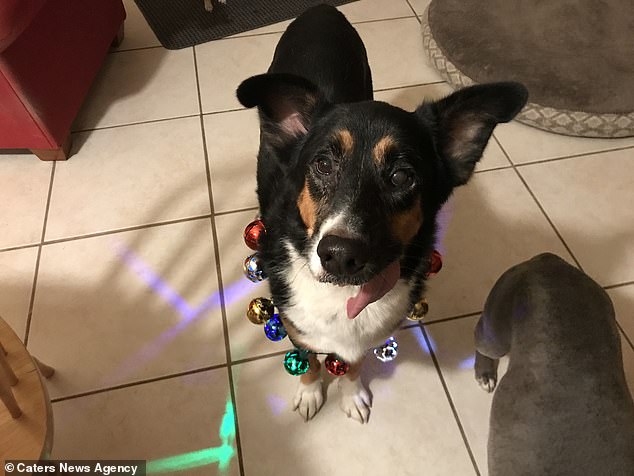 ‘Despite only having two molars on the top and two on the bottom, he is really good at gobbling a whole mouthful of food and swallowing it.

‘Elmer is also completely deaf, the only time I believe he hears is when another dog is barking really loudly, but if I’m standing next to him or come home from work, he has no idea.

‘Special needs dogs require a lot of patience, it’s all about showing them unconditional love and the patience they need.

‘He brings so much joy into my life, I love hanging him and wouldn’t change a thing about him, he is such a sweetheart.’

Often things take much longer and can require her to physically show Elmer what she wants him to do.

But due to his amusing appearance, the pooch has attracted 11,000 fans online who love to follow his journey. 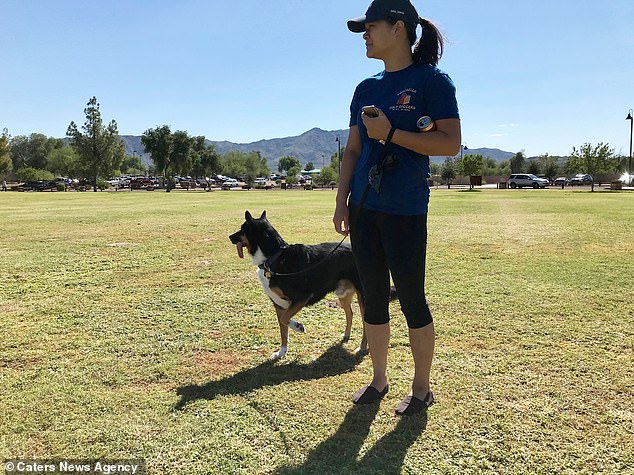 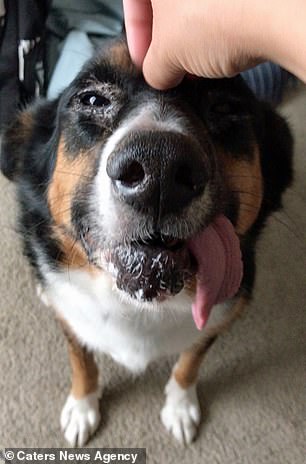 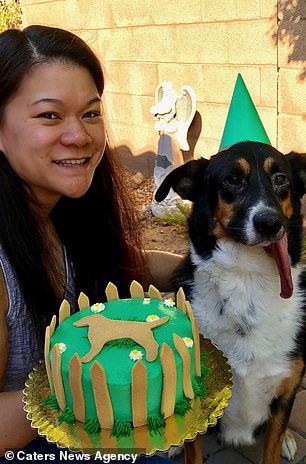 According to Stephanie, she hopes his online presence will help promote other dogs with disabilities

‘Adapting him to routines was more difficult and recognising when he wanted to go out, when and how much her should eat, as well as knowing when and where to sleep.

‘Almost all of the communication between him and I is through body language, signing and signals that he has learned.

‘If I needed him to understand something I would need to try to show him. It was a long process.’

Stephanie hopes his online presence helps to promote dogs with disabilities and educate others.

She added: ‘I think being able to watch a special needs dog’s journey, how they develop and showing they have a great life is a positive thing.

‘It shows how rewarding it is to have a special needs dog and that people should adopt not shop.’ 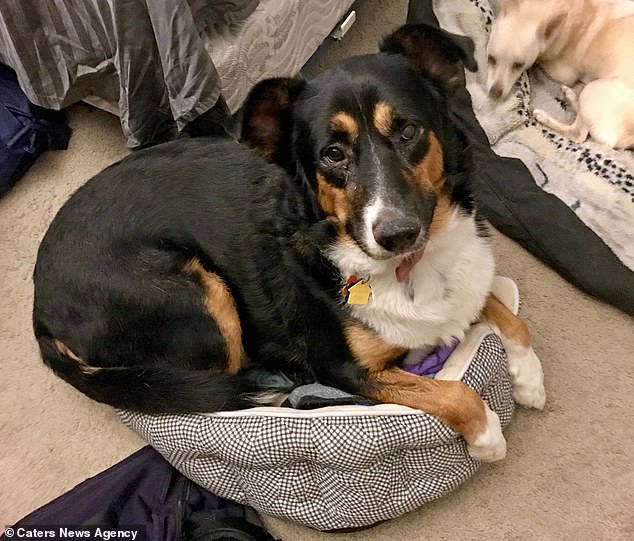