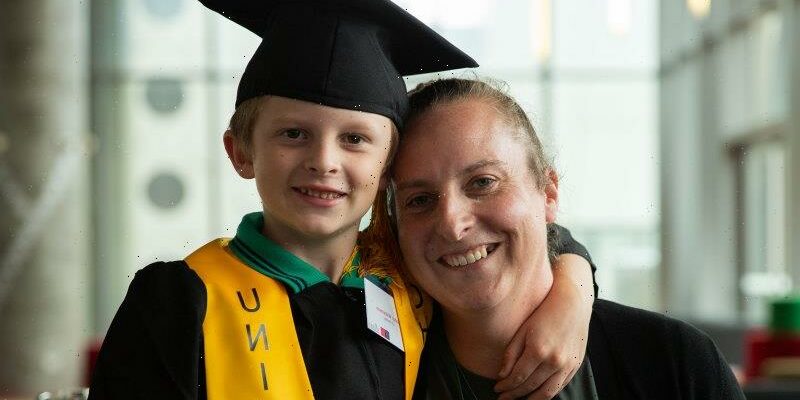 The Boronia K-12 College grade 3 pupil was one of 28 students at the school in a Victoria-first pilot program called Children’s University, delivered by Swinburne University with a focus on science, technology engineering and mathematics (STEM). 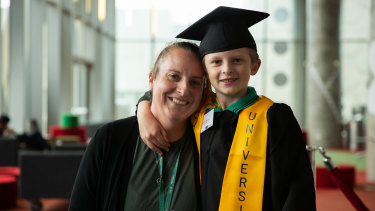 Boronia K-12 STEM coordinator Sharyn Williamson said she was proud to see her son Connor, 8, graduate from the program.

Children’s University, already in 318 schools worldwide, encourages students aged 8 to 14 to complete 30 hours of extracurricular study and record that work in a passport. At the end of the program, students attend a formal graduation ceremony.

“Some kids have got to the point where they say, ‘School’s not for me’, or, ‘It’s too hard’, but the way Children’s University focuses on [students’] own interest builds their confidence in learning again,” she said.

“It’s particularly good for kids who are disengaged in school.”

Students are supported to explore their interests; one participant, whose family had immigrated from Lithuania, wanted to revive their native language at home, and others attended dance club or swimming class to count towards their hours. Students could use a dedicated online portal to support their efforts, and attend a designated “learning destination”, such as a library or lunchtime meeting led by a Children’s University co-ordinator.

Lazzari said Adelaide University research found participant schools in the Children’s University program reported a two-month progression in students’ reading and maths compared to peers at other schools, and improvements in learning engagement and behaviour in class.

The research also found three quarters of participants paid more attention in class and 83 per cent felt more confident about their classwork.

Boronia K-12 College assistant primary school principal Cassie Wright said her school’s program helped break down the stereotype that you had to be a “particular type of learner” to succeed.

“Sometimes it’s not about achievement, it’s about effort and consistency,” she said.

Those attributes were the building blocks to achievement, Wright said, along with taking calculated risks and trying new things.

“All they have to do is keep trying and learning and growing,” she said.

The Boronia K-12 participants ranged from high-flyers to those who struggled to engage in the classroom. In some cases, the students were the first in their family to attend a graduation at a university, as the program aims to break the cycle of educational disadvantage. For some, attending the graduation ceremony was the first time they had left their home patch.

Swinburne vice-chancellor Pascale Quester said that for some families, “university is a foreign and somewhat intimidating world” and it was important to create a sense of belonging.

“This is the challenge for first-in-family students,” she said.

“I know because I was one. This is why the program includes the learners but also their parents. And this is why we bring them all on campus for graduations.”

Quester played a part in bringing Children’s University to Australia in 2012 and championed the program at Swinburne. 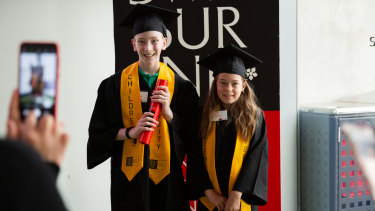 Williamson, Boronia K-12’s STEM coordinator, experienced the joy of seeing her students, including Connor, graduate from the program.

Connor used his time to learn how to cook a three-course meal, set up a swag and attend lunchtime sessions. But he said graduating was his highlight.

“I felt really happy … excited. I can’t explain how happy I was,” he said.

And it was a proud occasion for his mother as well.

A guide to the environment, what’s happening to it, what’s being done about it and what it means for the future. Sign up to our fortnightly Clear Air newsletter here.