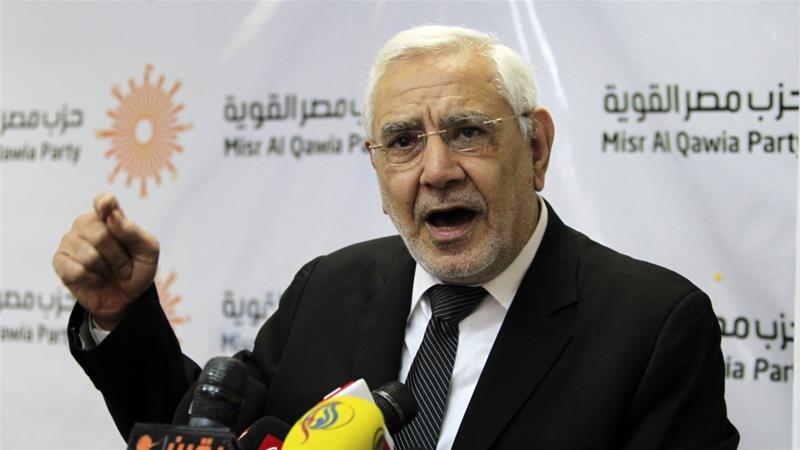 Egypt’s opposition has condemned the detention of Abdul Moneim Aboul Fotouh, the Strong Egypt Party leader and former presidential candidate, and accused the government of a “fierce hatred campaign” against political dissent.

Aboul Fotouh was transferred to a detention centre in the infamous Tora complex on Thursday, a day after his arrest from his home in Cairo along with six of his party members, who were later released the same night.

State Security Prosecution has ordered Aboul Fotouh’s detention for 15 days in prison pending investigations on charges related to leading a “terrorist” organisation and spreading false news inside and outside the country, according to media reports.

In a statement on Thursday, Strong Egypt Party said: “In the shadow of the escalating repressive measures practised by the Egyptian regime against peaceful political opposition, the party holds the government fully responsible for the personal safety of Mr Aboul Fotouh and Mr Kassas.”

The opposition party urged all political entities and public figures to “stand united against the regime’s repressive practices towards peaceful opposition”, as it temporarily suspended all political activities.

Aboul Fotouh’s arrest came just days after an Egyptian lawyer submitted a complaint to the public prosecutor, calling for the arrest of Aboul Fotouh after the politician appeared on an Al Jazeera television show from London.

A former member of the Muslim Brotherhood and leader of the Strong Egypt Party, Aboul Fotouh ran as an independent candidate in the 2012 presidential elections, gaining nearly a fifth of the vote in the first round.

Aboul Fotouh has become the latest detainee in a string of arrests of political figures, government critics and former officials.

Egyptians will go to the polls next month in a presidential election in which incumbent President Sisi looks poised to extend his term in office.

Several potential candidates have either been arrested or faced threats, intimidation and physical violence, forcing them to drop out.

In the interview with Al Jazeera last week, Aboul Fotouh condemned Sisi’s crackdown on opposition and said that the upcoming presidential elections were not fair, transparent, or “democratic”, especially with the absence of real opposition.

“A boycott of this mockery is a duty, in our opinion, because we don’t accept for Egyptians to participate in a farce,” he said of the March vote. 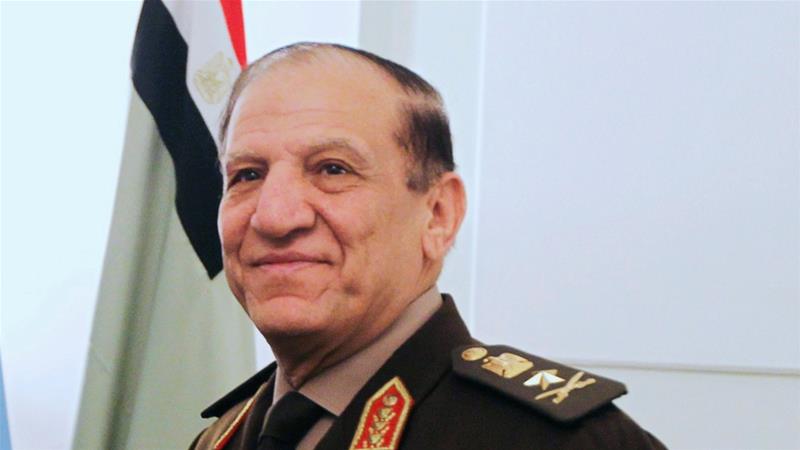 A new political scandal in Egypt?