Israel to export $15bn worth of natural gas to Egypt over 10-year period. 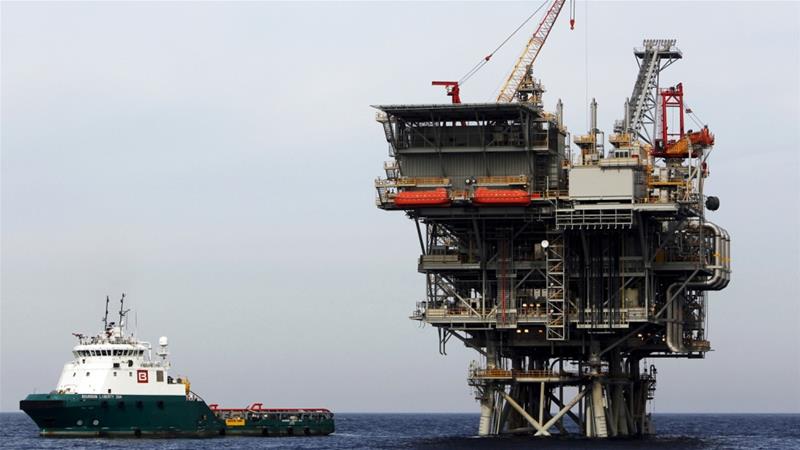 Israeli company Delek Drilling has announced it will supply Egypt with $15bn worth of natural gas in the biggest export deal to date for Israel’s natural gas industry.

Egyptian company Dolphinus will buy 64 billion cubic metres of natural gas from Delek Drilling and its US partner Noble during a 10-year period, a statement released on Monday said.

“This will bring billions into the country’s coffers,” he said in a statement.

Netanyahu said the deal would “strengthen [Israel’s] security, our economy, and also strengthen our regional relationships”.

The companies have yet to determine what route the natural gas from Israel’s Mediterranean Tamar and Leviathan fields will flow to Egypt. Delek’s statement said “various possibilities” exist, including the use of the EMG pipeline.

Running from al-Arish in North Sinai, Egypt to Ashkelon, Israel, the EMG pipeline formerly transported natural gas from Egypt, which has its own reserves, to Israel under a 20-year contract signed in 2005.

The deal collapsed in 2012, however, after the pipeline was repeatedly attacked. The Hosni Mubarak-era agreement was unpopular with critics who argued the Jewish state did not pay enough for the gas.

Israel discovered its Tamar and Leviathan gas fields in 2009 and 2010, respectively, and has since made efforts to become an exporter itself. In September 2016, Israeli and Jordanian firms signed a $10bn gas deal over 15 years.

Egypt was the first Arab country to sign a peace treaty with Israel in 1979.