EasyJet warns it is set to lose £845million – equivalent to a THIRD of its £2.3bn value – due to the coronavirus pandemic in its first ever annual loss

Low-cost airline easyJet is set for its first ever full-year loss of £845 million, due to the effects of the coronavirus pandemic – in a plunge equivalent to a third of its current £2.3bn value.

The group said it was braced for underlying pre-tax losses of between £815 million and £845 million for the year to September 30 after seeing passenger numbers halve.

Luton-based easyJet said losses reached between £295 million and £325 million in its fourth quarter, which were lower than those in the previous three months when planes were grounded during the lockdown.

It said finances were being kept under review and they had to ‘assess further funding opportunities’ amid reports that it has warned the Government it may need further financial support if the pandemic continues to batter demand.

The group has signalled in talks with Whitehall that it may need a state loan or other form of financial aid.

It came after Transport Secretary Grant Shapps and Matt Hancock, the Health Secretary, announced a ‘Global Travel Taskforce’ to try and find an alternative to the current quarantine regulations. 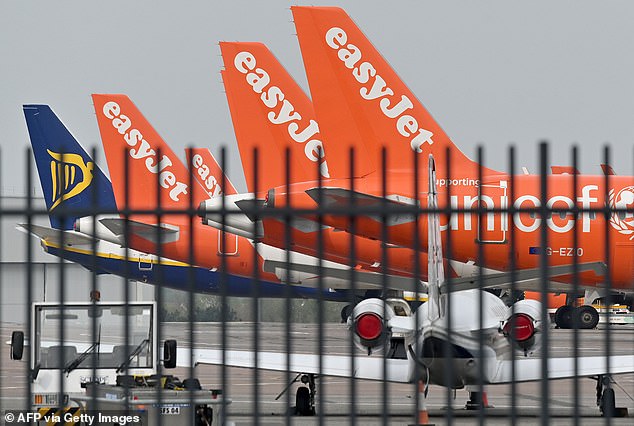 Chief executive Johan Lundgren said: ‘This year will be the first time in its history that easyJet has ever made a full-year loss.

‘Aviation continues to face the most severe threat in its history and the UK Government urgently needs to step up with a bespoke package of measures to ensure airlines are able to support economic recovery when it comes.’

EasyJet revealed it flew just 38% of its planned capacity between July and September – normally the peak summer holiday season. 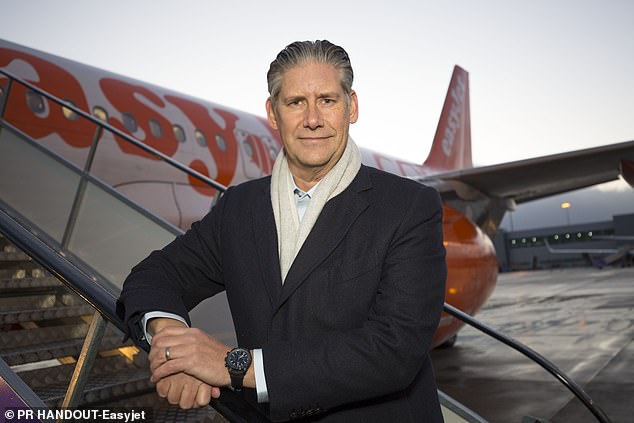 Flying peaked in August and then fell significantly in September when customer demand was hit by changes in government travel guidance and quarantine rules, according to the group.

Over the full year, passenger numbers tumbled by 50% to 48 million.

It is expecting to fly only around 25% of its planned services in the quarter to the end of December.

Holidaymakers are booking at a ‘very late stage’ and demand for destinations is shifting rapidly due to ever-changing quarantine rules, it added.

The group recently agreed a deal with unions to avoid compulsory redundancies as it looks to slash its cabin crew and pilot workforce by up to 30%.

‘Discussions with the relevant unions and works councils were constructive and have resulted in greatly increased seasonal and flexible working patterns whilst avoiding the need for compulsory redundancies,’ it said.