Drug dealers lost 2,000 cannabis plants when police were called to stop youths breaking into their narcotics factory on Christmas Day.

Cops seized the stash after passers-by told of a group breaking into the building at a business park in Llansamlet, Swansea.

The ‘sophisticated’ drug factory, which police believe would have taken 10 people to run, had mature plants, lights, and growing equipment. 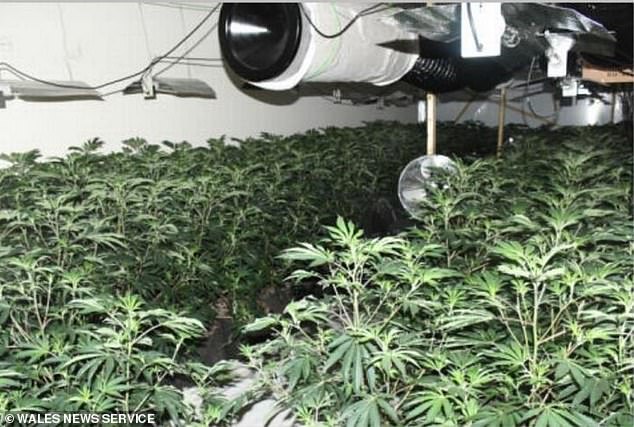 Drug dealers lost 2,000 cannabis plants when police were called to stop youths breaking into their narcotics factory (pictured above) in Llansamlet, Swansea, on Christmas Day

Officers were called at 7am on Christmas morning to reports of youths trying to get into the building.

Detective Inspector David Wells said they are now trying to track down the drugs gang responsible for running the factory.

He said: ‘This was a sophisticated cannabis factory and we believe around 10 people were involved in its daily upkeep.

‘Enquiries are ongoing to establish those responsible. This factory was in a building off a car park which is used regularly. 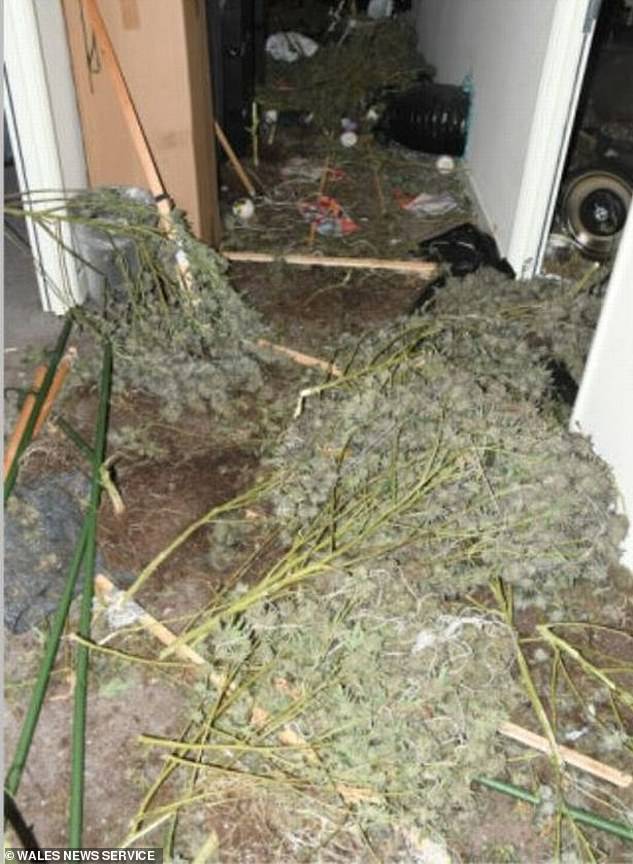 The inside of the ‘sophisticated’ cannabis factory, which had mature plants, lights and growing equipment. Police believe it would have taken 10 people to run

‘I would therefore urge anyone who may have seen anyone acting suspiciously in the area or who has any information to please contact us.’

It follows police discovering a three-storey cannabis farm in a former nightclub in Coventry in October this year.

Around 1,000 plants, worth more than £1 million, were found inside the property on Trinity Street on Thursday after officers smashed through several reinforced doors to gain access, according to the National Crime Agency (NCA).

The cannabis plants were spread out across three floors, along with £150,000 worth of ‘sophisticated’ planting, growing and irrigation equipment, the NCA said.