How did he do that? Driver gets his SUV stuck ON TOP of barriers in the middle of the M3 during rush hour

This is the startling moment a driver finds his car stuck on the top of a motorway central reservation barrier on the M3.

The footage, captured near Eastleigh, Hampshire, shows the hapless driver lodged almost one metre off the ground after attempting to mount the metal barrier.

The motorist remains stranded on central reservation in their black Toyota Rav 4 as bemused drivers pass by. 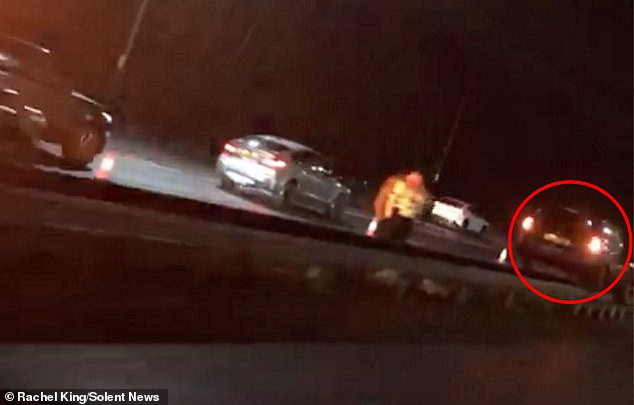 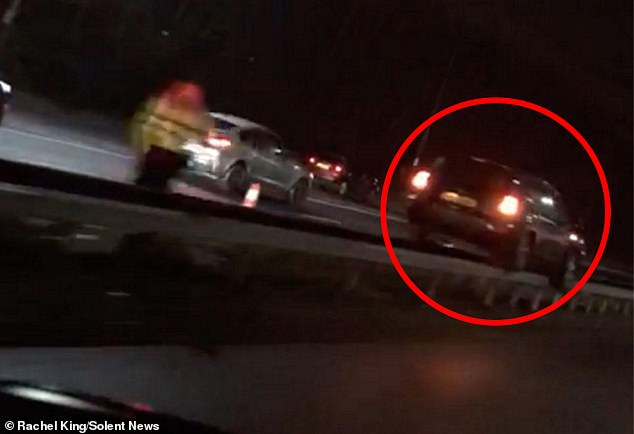 During the clip, which was posted to Facebook by Rachel King, 39, the car sits on the metal barrier as police cars surround the stuck vehicle.

Ms King, whose 13-year-old son took photos and a video on his phone, said: ‘He looked fine but I did turn round to check.

‘He just couldn’t exit the vehicle as it was not safe to do so with traffic each side.’

The shocked music teacher, from Southampton, Hampshire, was travelling home from work when she noticed the vehicle on the southern section of the M3 where it splits into the M27.

She added: ‘I can only imagine he tried to change lanes late or was forced over and ended up mounting the central barrier at the point where it originally rose from the ground. 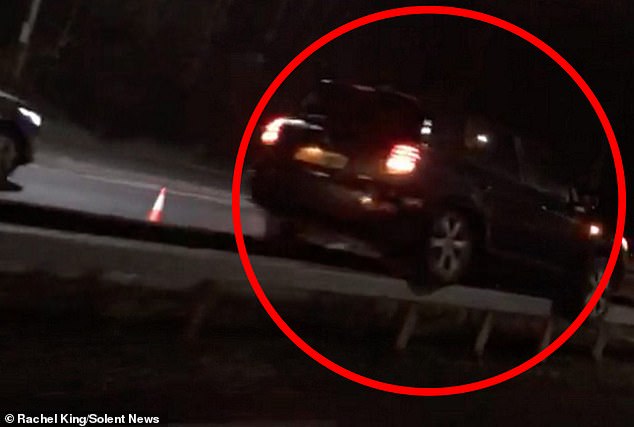 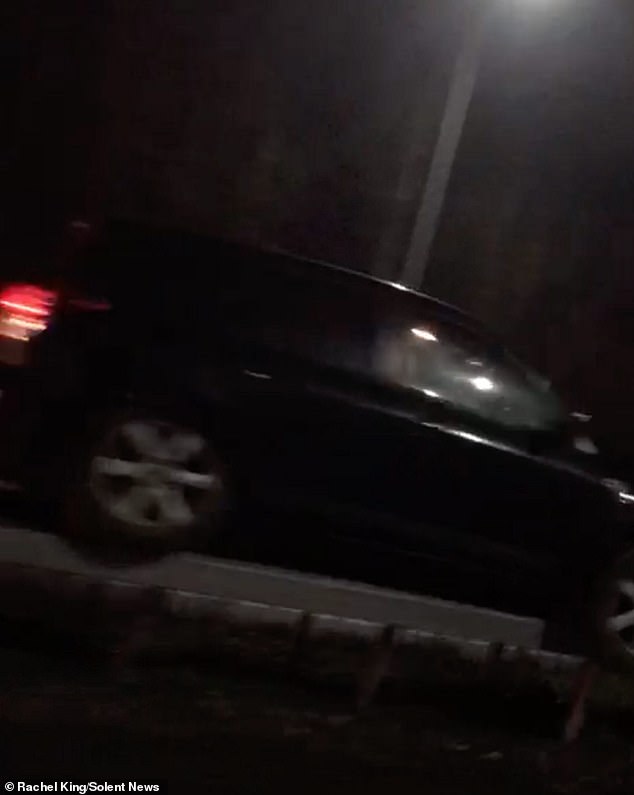 Bemused drivers pass by as the driver is left stick in the car almost a metre off the ground near Eastleigh, Hampshire

‘He must have travelled some distance along it. I would say he was stuck 100 metres from where the barrier started.

‘I actually couldn’t believe what I was seeing. ‘There didn’t seem to be any damage to the car. The car looked unscathed.’

Highways England today said the incident damaged the barrier and led to delays. There were no injuries.

One lane was closed on the M3 Westbound carriageway between junctions 13 and 14 while it was cleared at 5.30pm on Wednesday.