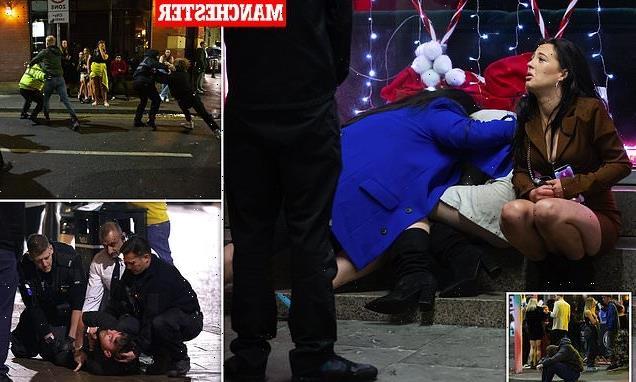 Black Eye Friday lives up to its name! Britain’s city centres explode in violence as festive revellers swing punches at police and each other in temperatures as low as -13.5C on last big weekend before Christmas

Drinkers braved temperatures as low as -13.5C for one last big night out before Christmas last night – as fights broke out across the country.

Black Eye Friday is the name given to the last working Friday before Christmas Eve and is the most popular night in December for Christmas parties.

The term originated in the NHS and police force as it is one of the busiest nights of the year for the emergency services as people overindulge.

Violence broke out in several city centres overnight as police arrested people who were too drunk and tried to keep the peace. 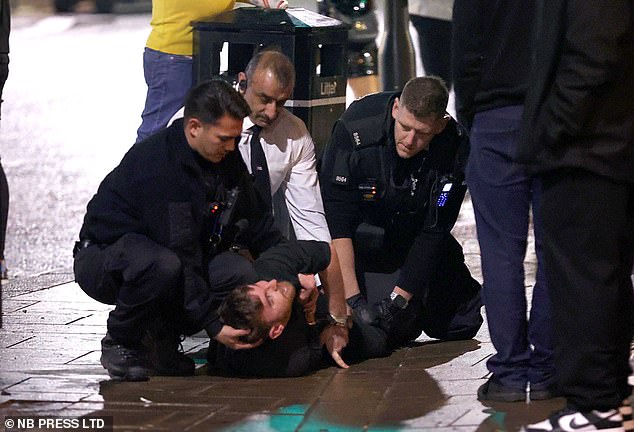 A man is restrained on the floor by police officers in Leeds. Black Eye Friday is the most popular night in December for Christmas parties, which can lead to outbreaks of violence 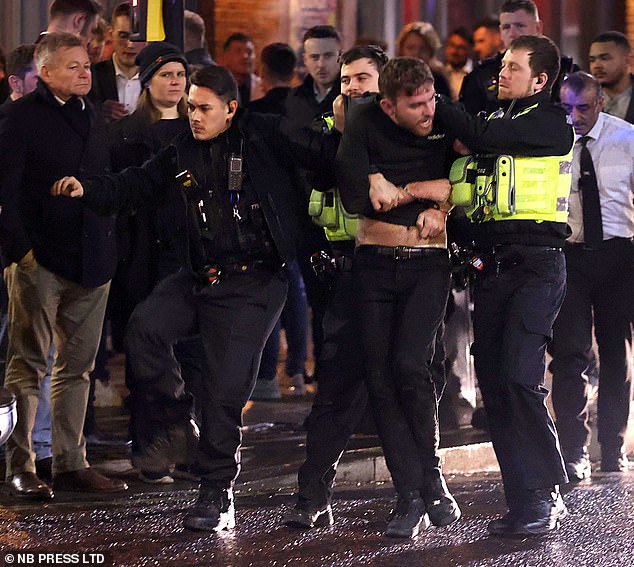 The man was led away by police in handcuffs after being restrained. Party-goers enjoyed drinking and celebrating long into the night across the country, despite below freezing temperatures and rail strikes 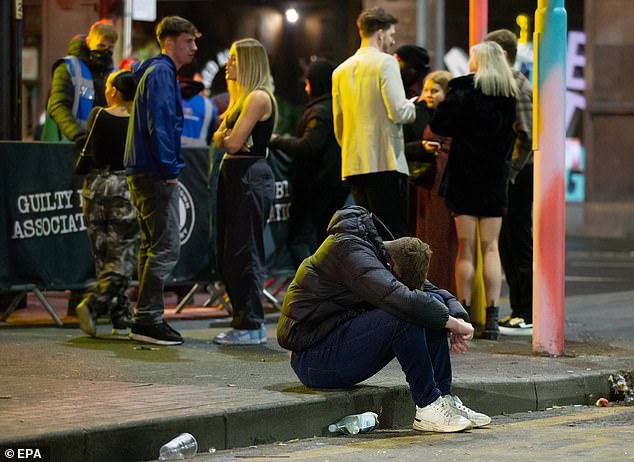 A man sits alone on a curb after a night out in Manchester. A number of small fights broke out in city centres across the country 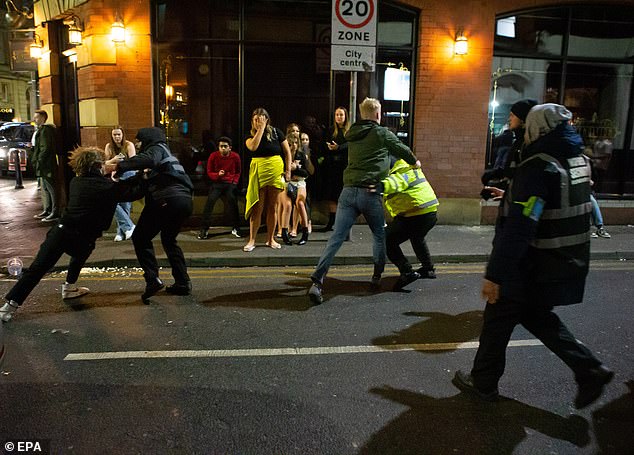 A fight breaks out in Manchester on Black Eye Friday. Security services and police had one of the busiest nights of the year last night as people celebrate Christmas

Party goers in Manchester, Leeds and Swansea had to be restrained by police as fights were started by revellers.

People attending work parties also had to incorporate jumpers and thick coats for their outfits as temperatures plummeted well below freezing.

In some parts of Scotland temperatures hit -13.5C and across the country party goers felt the chill.

Crowds of people partied hard into the night last night, despite the much-discussed rail strikes from the RMT. 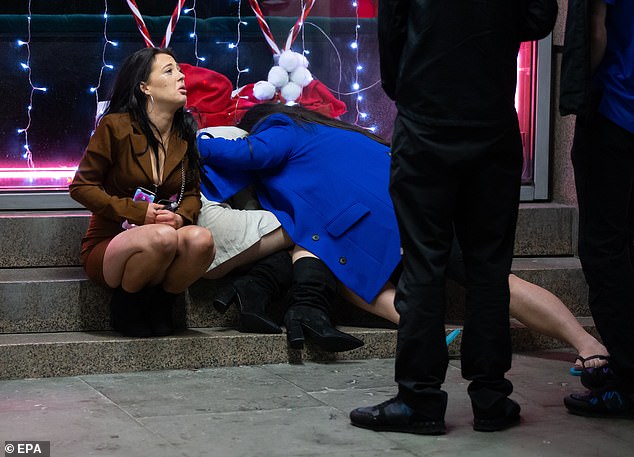 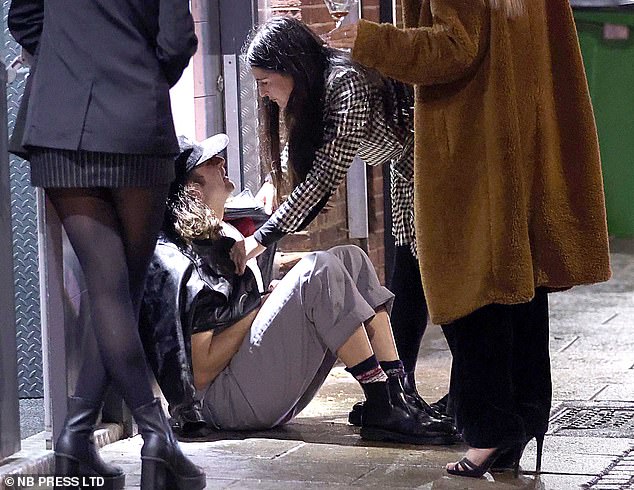 A reveller is comforted while sitting on the floor in Leeds last night. Temperatures across the country plummeted to as low as -13.5C 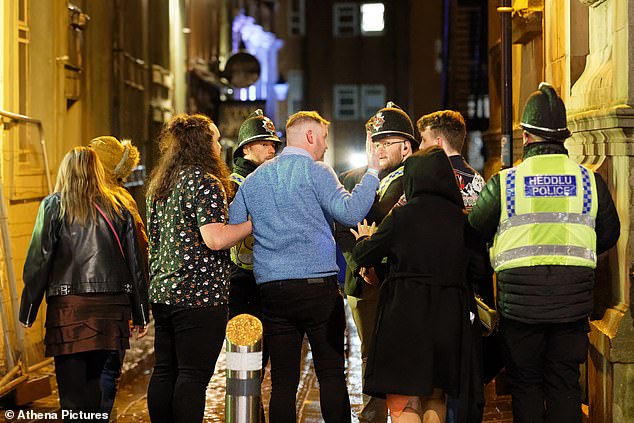 A man is spoken to by a group of police officers on Wind Street in Swansea, South Wales. The area has many bars and restaurants 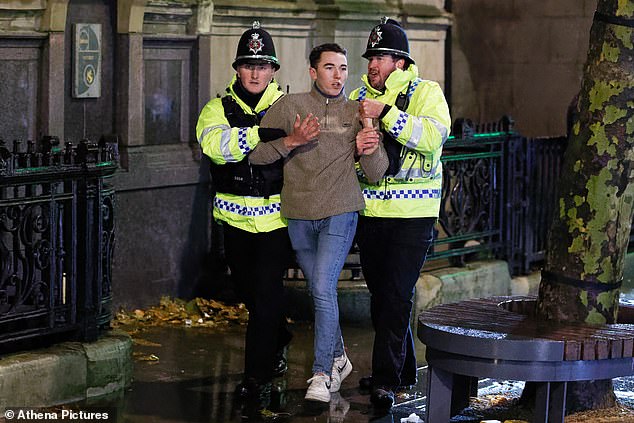 A man enjoying a night out in Swansea is restrained by two police officers. Black Eye Friday is one of the busiest nights of the year for emergency services as people overindulge at Christmas parties

Christmas plans could be derailed as a result of more RMT strikes, which are due to take place throughout December.

Yesterday, Mick Lynch – who has been nicknamed ‘The Grinch’ as a result of the Christmas strikes – said there were ‘no new proposals’ on the table.

Speaking from the picket line at London Euston station, the union chief told Sky News: ‘We had an exchange about what might be possible and some ways forward and ideas that all the parties shared, and the rail minister requested that all the parties get down to some more discussions in the next period.

‘We’ll look to arrange those meetings with the employers and see if we can develop some solutions to the issues that hopefully all the parties can support.

‘But there are no actual negotiations; there are some soundings-out of what might be developed. 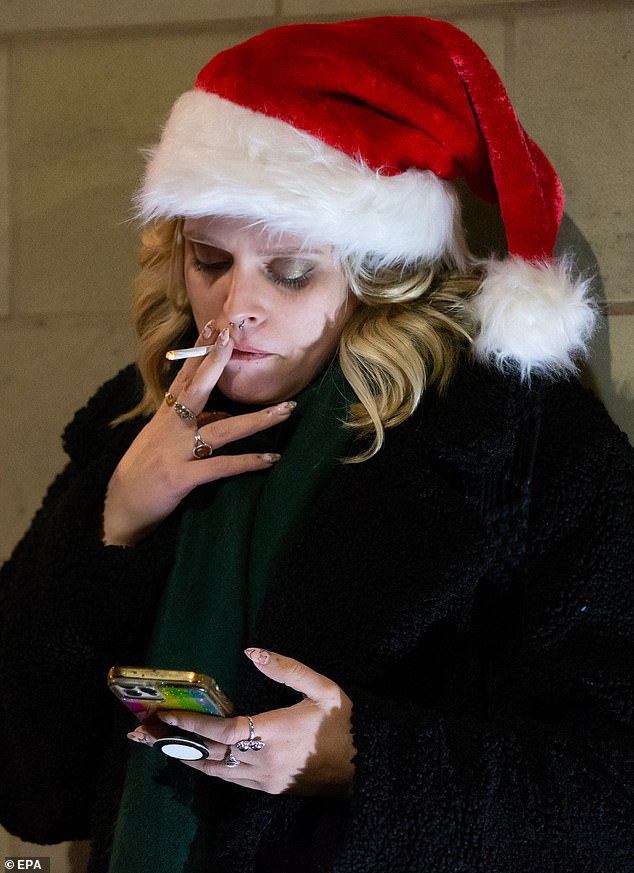 A woman smokes a cigarette while wearing a Santa hat. Cold temperatures meant people had to dress up warmly 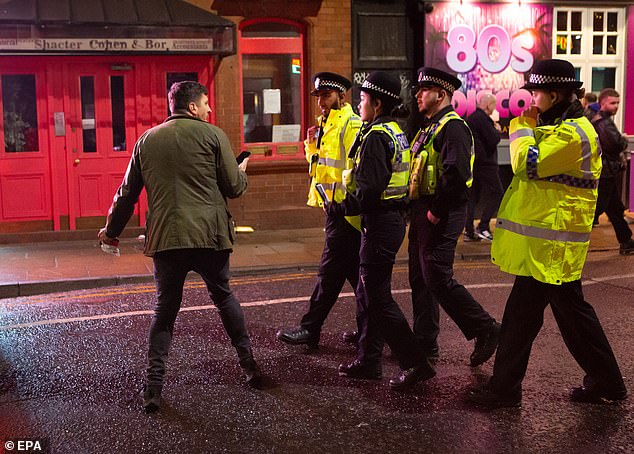 Police faced one of their busiest nights of the year as violence broke out across the country. There were scuffles in Manchester as people partied 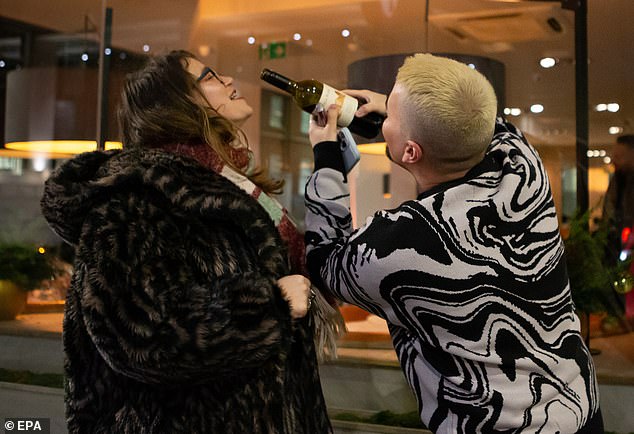 ‘So we’ll look forward to getting around the table with employers and work it up and see what we can do.

‘But there are no new proposals on the table as we speak.’

Lynch added TSSA members who have accepted a pay offer from Network Rail are ‘not affected by the changes’ proposed.

He insisted: ‘Well, the TSSA and Unite are minuscule in Network Rail – we’ve got eight or nine times their membership and they’re not affected by the changes that Network Rail wishes to make.

‘They are supervisors and white collar workers. They don’t do the work that our members do who are profoundly affected by the changes, including the safety regime, as will be the public.

‘Whether they’re in the dispute or not, it doesn’t really affect the course of the dispute.

‘For our members, the proposals are completely inadequate at this time.’