Dramatic moment armed police took down gang with drugs, knives and a sawn-off SHOTGUN after swooping on them in the street

Dramatic police bodycam footage shows the moment armed officers swooped on a gang after they took possession of a sawn-off shotgun.

CCTV picked up the gang as they were given the fearsome weapon from contacts in a BMW in the Castle Vale area of Birmingham last year.

Armed police flooded the area and, as filmed by officers’ body-cameras, they forced two of the gang onto the ground and caught another as he tried to climb over a fence.

The sawn-off shotgun, which police say could have further fuelled the city’s spiralling violence, was found hidden behind a wheelie bin nearby. 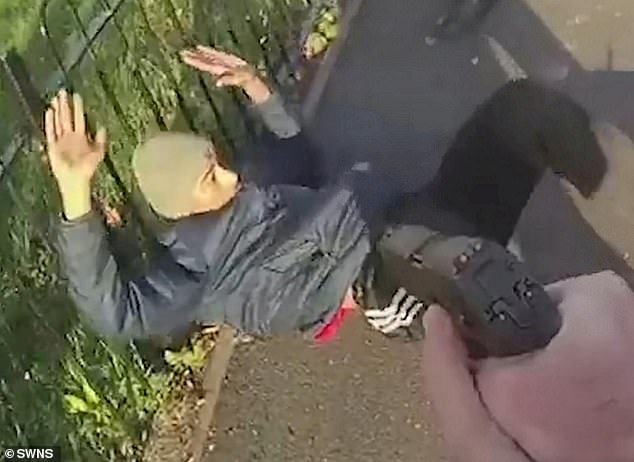 This is the moment armed police pounced on a gang found with a gun, drugs and a knife 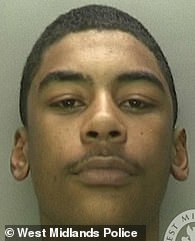 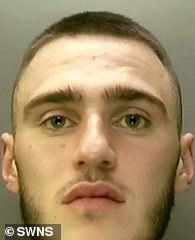 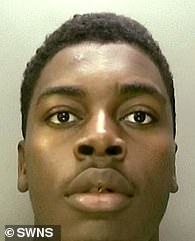 The trio, Darnell Duquesney, Jordan Kibuka and Makenzie Blackburn, were this week jailed for a range of offences, with their prison sentences totalling 17 years.

West Midlands POlice’s DC Brett Stephenson said today: ‘There is no place for illegal weapons or drugs in our communities and the quick response of officers ensured these are off the streets and the men involved put behind bars.’

The footage shows Duquesney, Kibuka and Blackburn loitering next to a BMW which was parked in Rhoose Croft on November 15 last year.

They are seen passing a gun and other objects around before they all leave in different directions. 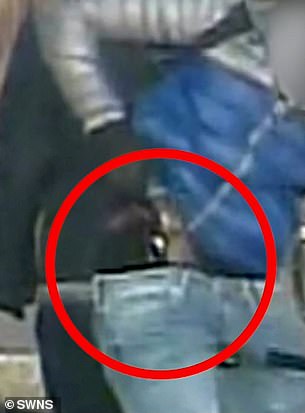 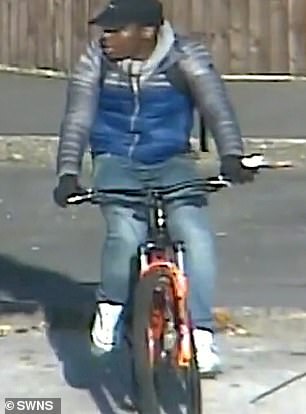 Duquesney got into the BMW, putting the gun in his trousers and making off on a bike 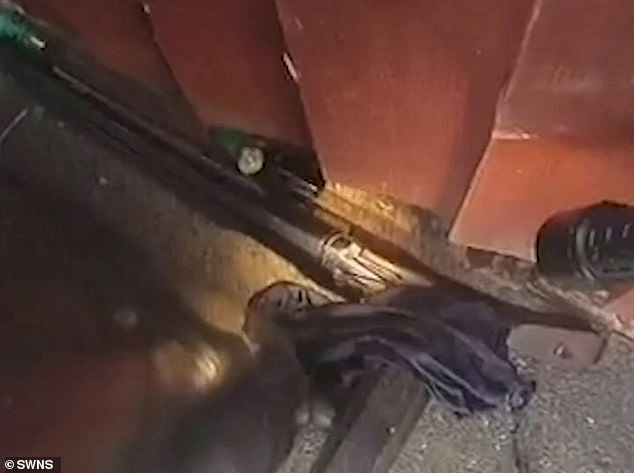 Blackburn was found to have an 11-inch combat knife down the front of his trousers and a smaller lock knife. A subsequent search of his home discovered a stab vest and shotgun cartridge.

Kibuka tried to climb over a fence but was arrested with a bag containing Class A drugs.

Duquesney, who was seen in the film taking possession of the gun, had stashed it and cartridges behind a bin in an alleyway.

Duquesney, 19, of Kitts Green, was jailed for five years and one month and 19-year-old Kibuka, of Castle Vale, for six years and eight months after both pleaded guilty to possession of a prohibited weapon.

Blackburn, 20, of Castle Vale, was found guilty of possessing a shortened shotgun and two bladed articles and sentenced to five years and three months. 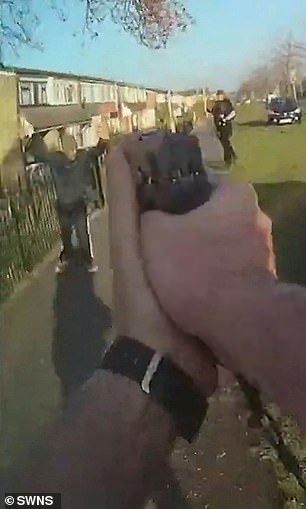 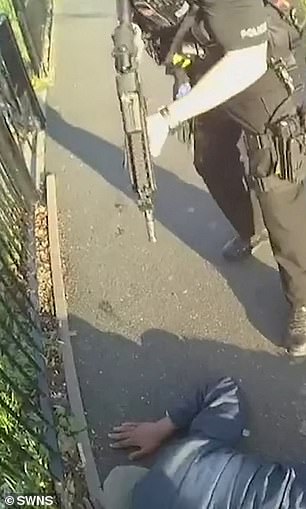 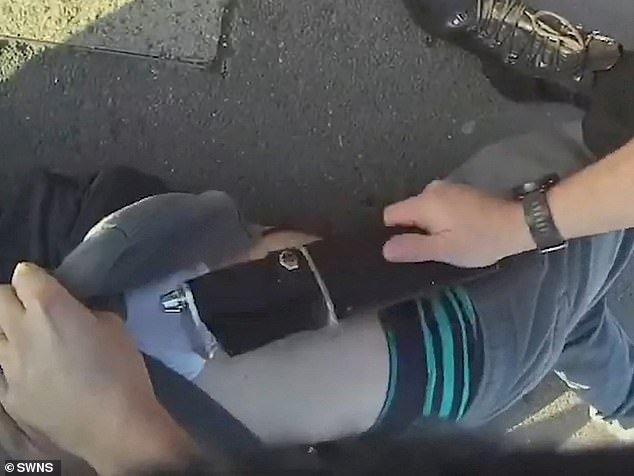 Figures released earlier this year showed violent crime had soared to a new record high in the West Midlands – with around 193 acts of violence recorded each day.

In just one of the many shocking incidents to rock the city this year, a gunman opened fire on a car outside a primary school in May, leaving a 23-year-old man dying in the street.