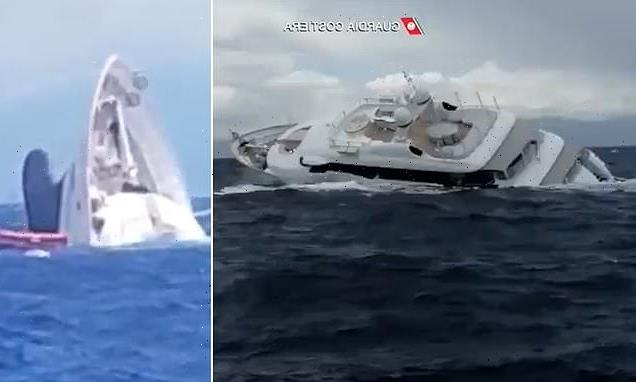 This is the dramatic moment a 130ft superyacht sank off the coast of southern Italy after getting into trouble late at night.

The ‘Saga’, which was built in Monaco back in 2007, was sailing from Gallipoli to Milazzo on the island of Sicily overnight Saturday when disaster struck.

While crossing the Gulf of Squillace – at the toe-end of the Italian ‘boot’ – the vessel got into trouble, with the captain sending out a distress call late at night. 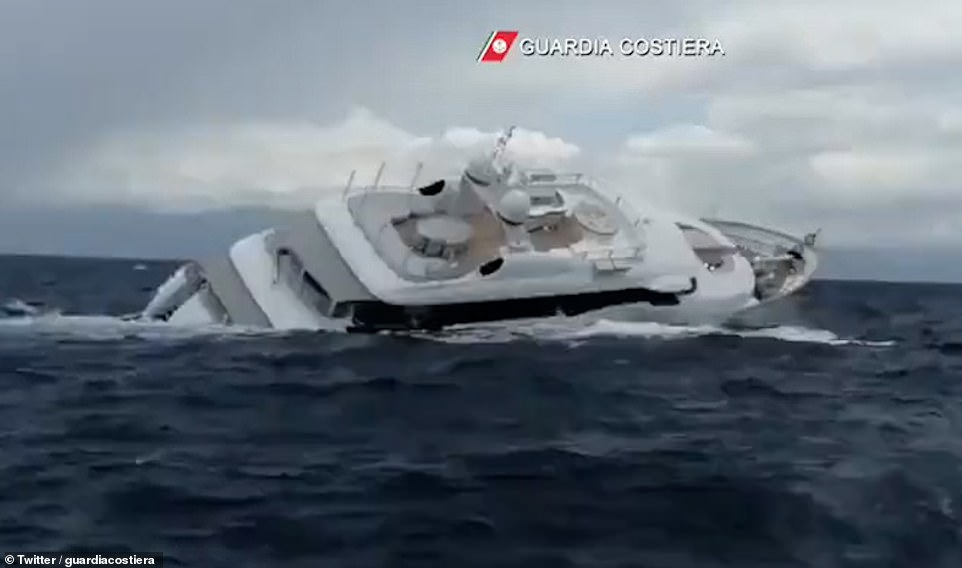 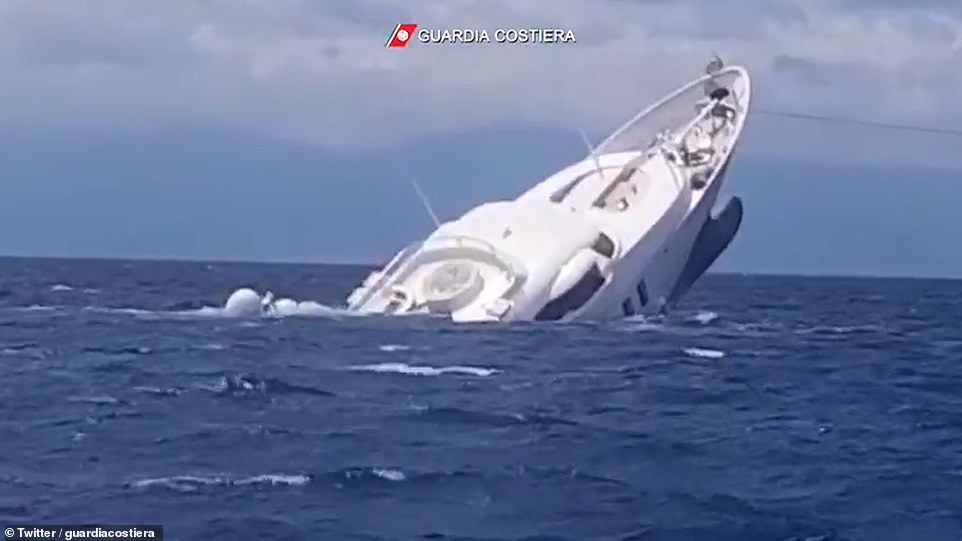 The captain put out a distress call and coastguard arrived to try and tow the ship back to port, before her stern completely sank on Sunday morning and forced them to abandon their efforts 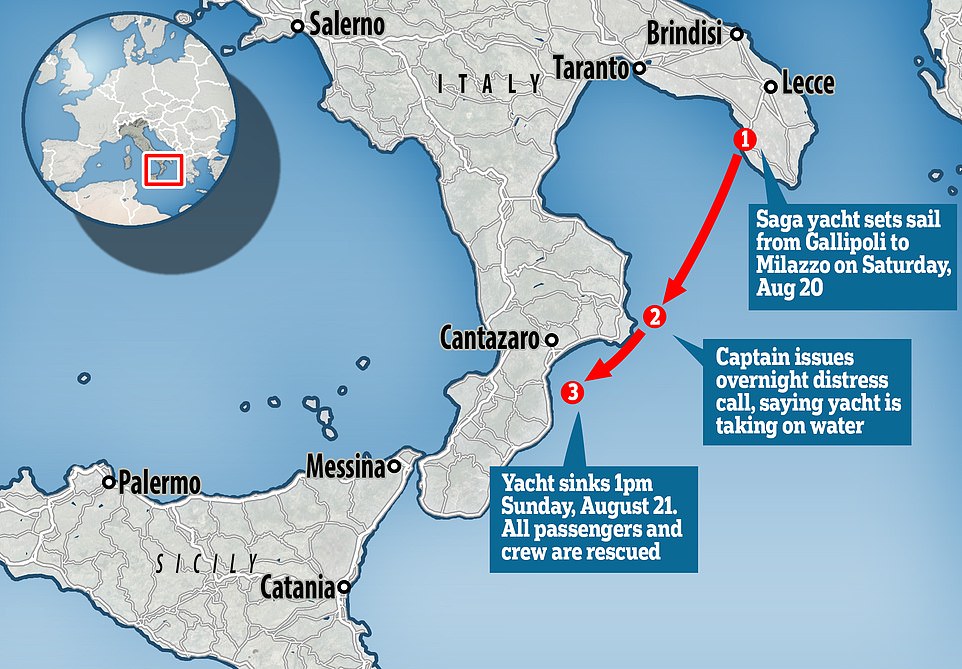 Coastguard vessels were dispatched from the port of Crotone and found the boat taking on water at her stern end around nine nautical miles off Catanzaro Marina.

Four passengers and one crew member – all Italian – were immediately taken off the yacht, leaving four other crew including the captain behind as they tried to save her.

A tugboat was then dispatched from Crotone to try and tow the Saga back to port, and reached her in the early hours of Sunday.

The rescue operation got underway, but along the way the ship started listing heavily to starboard.

Footage taken by the Italian coastguard captured what happened next, as the boat’s stern disappeared beneath the waves and water reached her roof-line.

That forced rescuers to stop towing her, as she went nose-up into the air and began to sink rapidly.

The Saga finally sank around 1pm Sunday, with the four remaining crew members taken to safety before she vanished.

An investigation has now been launched into the cause of the sinking. 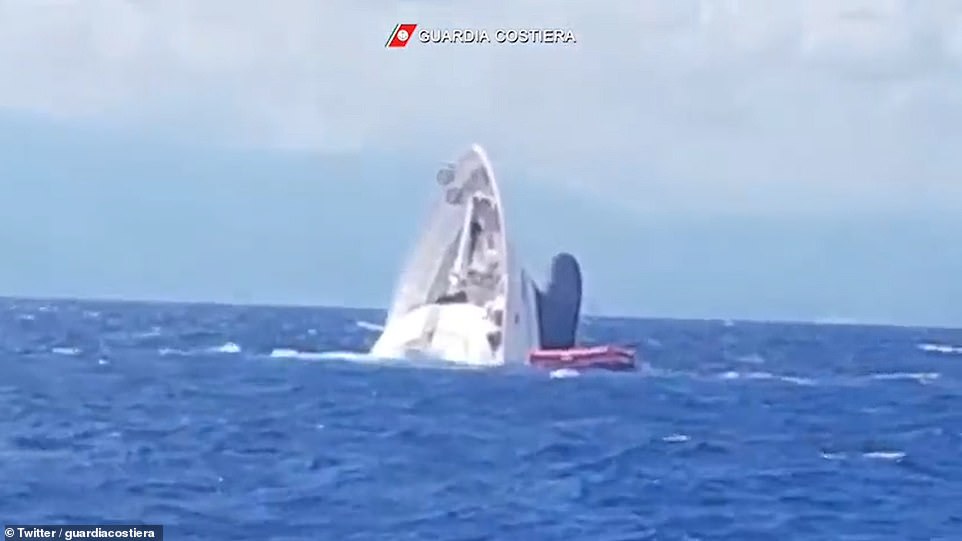 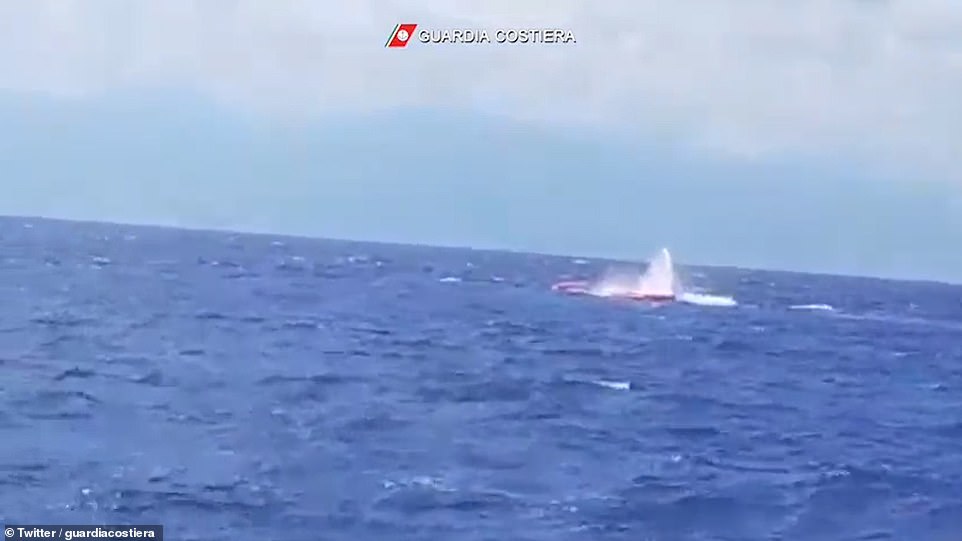 It is not clear exactly what caused the Saga to begin taking on water, with an investigation now underway