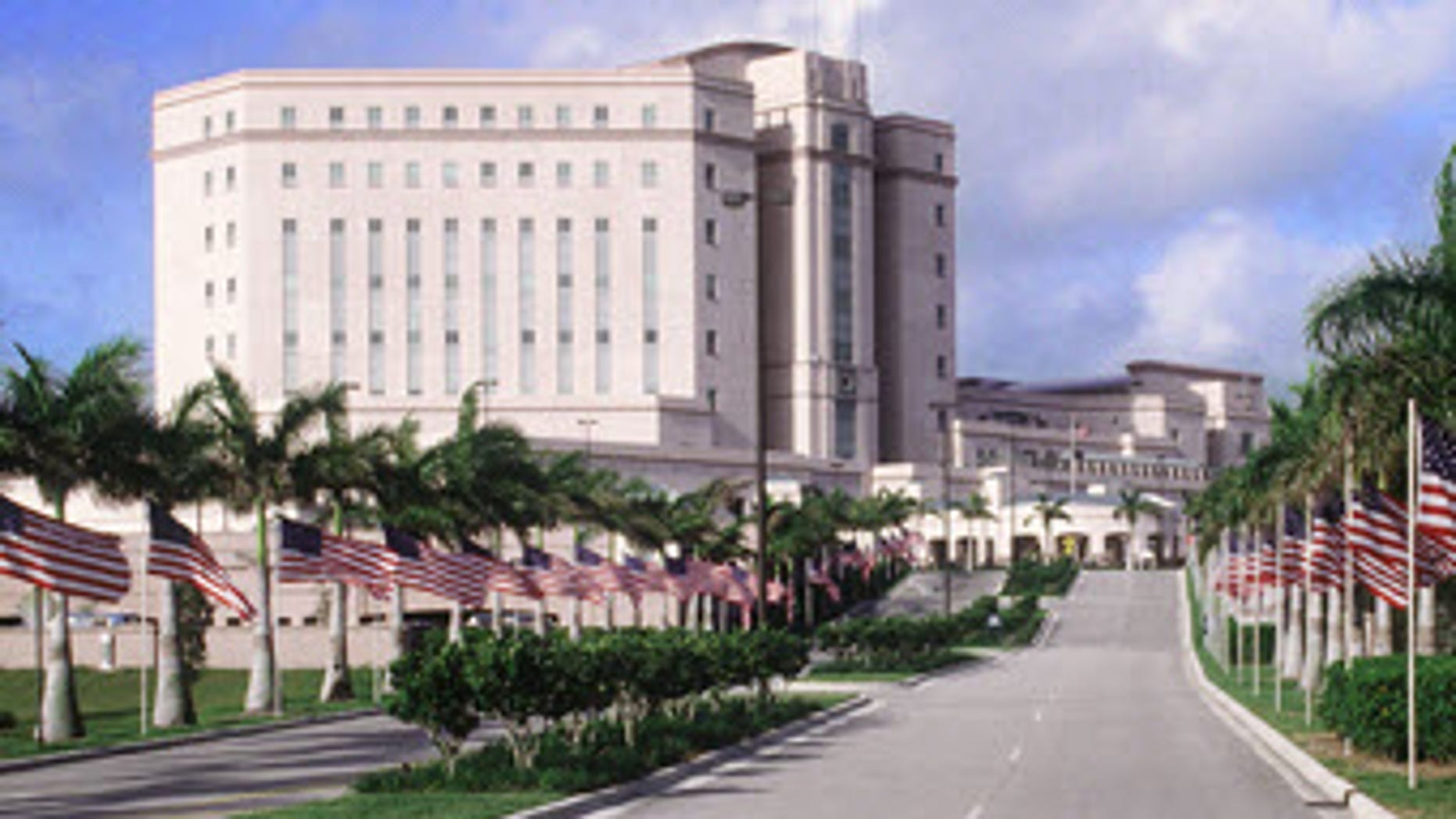 A doctor at the West Palm Beach VA Medical Center was shot in the neck by a patient Wednesday night.
(westpalmbeach.va.gov)

A doctor was shot in the neck by a double amputee patient Wednesday night at the West Palm Beach VA Medical Center but managed to restrain the patient, according to reports.

The doctor, who was not identified, was transferred to a local hospital for surgery and is reportedly in stable condition. Another employee was grazed by a bullet but her injuries were not life-threatening, authorities said.

A spokesman for the hospital identified the alleged gunman as 60-year-old Larry Ray Bon, a homeless veteran who briefly served in the U.S. Army. According to the FBI, Michigan has issued warrants for his arrest.

Hospital staff said a wheelchair-bound Bon arrived at the VA around 8:30 a.m. and had been "combative" all day. Around 6:20 p.m., a tech allegedly saw Bon loading a gun in the restroom and ran to alert staff, The Sun-Sentinel reported. The patient then came out and allegedly opened fire.

A doctor was struck in the neck and a female staff member was grazed amid the gunfire, WPBF reported. Despite his injury, the doctor managed to subdue the patient, the report said. An FBI official told CBS 12 that Bon was taken into custody and no one else was harmed.

The facility was on lockdown while authorities assessed the scene but reopened two hours later, an employee told The Sun-Sentinel. A hospital spokesman said operations will continue as usual for Thursday. The FBI is leading the investigation because the shooting happened in a federal building. Bon is scheduled to appear in federal court on Thursday.