The two will have a one-on-one conversation at the Metropole Hotel at 6.30pm local time (11.30am GMT), before having a “social dinner”.

On Thursday, there will be a full summit of “back and forth meetings”, according to the White House.

Both leaders arrived in the Vietnamese capital yesterday: Mr Kim in the morning, on the armoured train he took all the way from Pyongyan; and Mr Trump in the evening, aboard Air Force One.

Mr Trump said last year that he and Mr Kim “fell in love”. Since their meeting in Singapore, they have exchanged letters via envoys on a semi-regular basis.

Despite that, little progress has been made towards the process of denuclearisation, which both leaders agreed to work towards in Singapore.

Mr Trump is convinced that his personal relationship with Kim, combined with prospect of economic prosperity for North Korea, can break the impasse.

He has tweeted: “Vietnam is thriving like few places on earth. North Korea would be the same, and very quickly, if it would denuclearise.

“The potential is AWESOME, a great opportunity, like none other in history, for my friend Kim Jong Un. We will know fairly soon – Very interesting!” 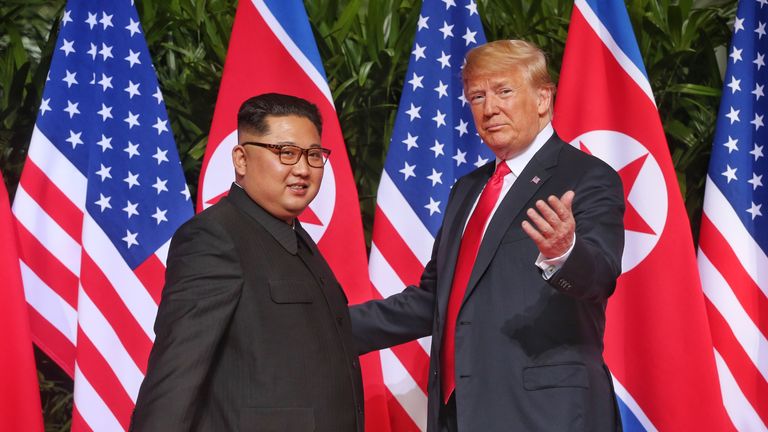 The White House has pointed to the absence of missile launches or nuclear tests by North Korea as proof of progress, but there is pressure on the summit to produce specific concessions and perhaps a road-map with steps for denuclearisation.

From North Korea, these could include destroying its nuclear fissile material production facilities at Yongbyon and elsewhere, and returning more remains of American soldiers killed or captured during the Korean War.

In return, the US could offer to open liaison offices in North Korea and to foster cultural exchanges.

It could also declare an end to the Korean War. This would be a political settlement, and not replace the armistice that has held since 1953. As a result, North and South Korea technically remain at war. 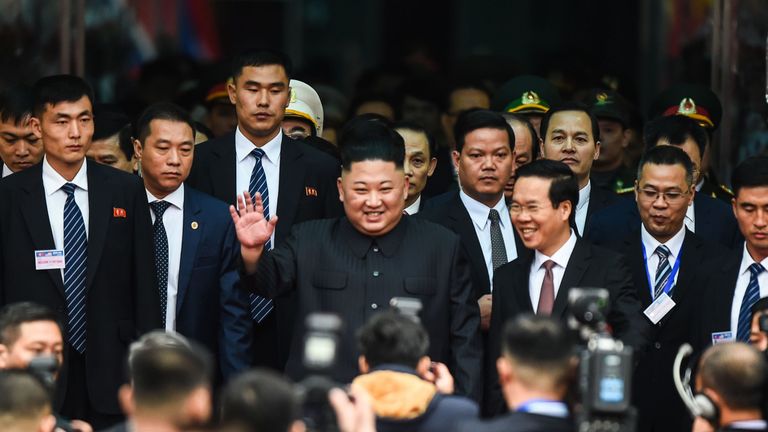 But it would be a first step towards a comprehensive peace settlement on the Korean Peninsula. Mr Trump could also offer some limited sanctions relief.

Before his dinner with Kim, Mr Trump will spend the day meeting the president and then the prime minister of Vietnam.

Mr Kim’s schedule is not known. Yesterday he visited the North Korean embassy in Hanoi.