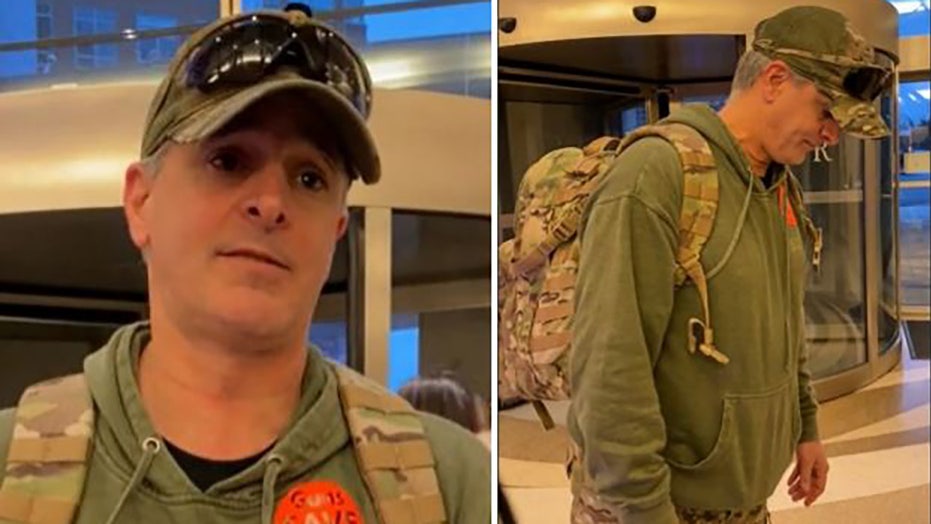 The Justice Department has charged a Texas man with assaulting law enforcement outside the U.S. Capitol on Jan. 6 after newly resurfaced videos allegedly show him dousing over a dozen police officers holding the line with some type of chemical irritant and bragging about it at his hotel hours later, recently unsealed court documents said.

Daniel Ray Caldwell, 49, of The Colony, Texas, was arrested on Feb. 10 in Richardson, Texas, Melinda Urbina, a spokeswoman for FBI-Dallas Division, told Fox News. He was indicted on four offenses: assaulting, resisting, or impeding federal officers; obstruction of law enforcement during civil disorder; knowingly entering or remaining in any restricted building or grounds without lawful authority; and violent entry and disorderly conduct on Capitol grounds.

Video footage captured on mobile devices and later obtained by law enforcement allegedly showed Caldwell, “assaulting federal agents and engaging in disruptive or disorderly conduct on the lower west terrace of the Capitol Building,” according to the recently unsealed statement of facts filed in the U.S. District Court for the District of Columbia

A Twitter account with the handle @chris_sigurdson shared two links on Jan. 27. The first link was to a YouTube video titled, “Storm The Capitol w/ dream floral.” Caldwell, wearing an “olive drab in color hoodie, dark glasses on a camouflage hat, camouflage assault pack, and camouflage trousers,” was seen “spraying a mist at police who were attempting to stop protesters from getting up the Capitol steps.” 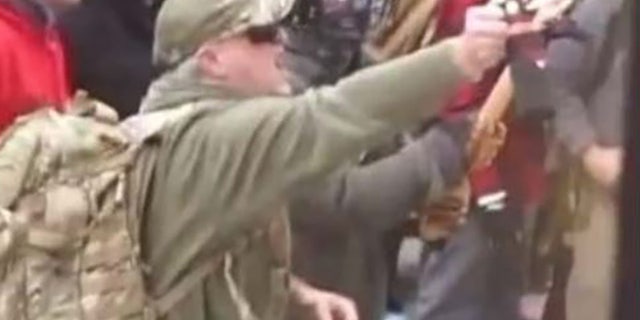 The court documents included screenshots of the video.

The second link shared on Twitter was to a video interview published by ProPublica. It appeared to have been recorded on Jan. 6 at 4:54 pm in the lobby of the Renaissance Hotel in Arlington, Va. Caldwell, wearing the same outfit as earlier in the day, with a red “Guns SAVE Lives” sticker added to his hoodie, is heard recounting events outside the Capitol, answering questions from two female voices off-camera.

“Probably 10 minutes after we started storming, a big fight broke out and the guns go off and one girl got hit in the neck,” Caldwell said, recalling how police fired rubber bullets. “Then the fights started and they took their guys and somebody grabbed her and they took off.”

“We stayed there and they kept spraying pepper spray,” he continued, referring to officers at the scene. “I was like, ‘Dude, do it again, and I’ll spray you back.’ And he did and I sprayed back; got like 15 of them and that’s when they shot me with that big canon with rubber bullets.” 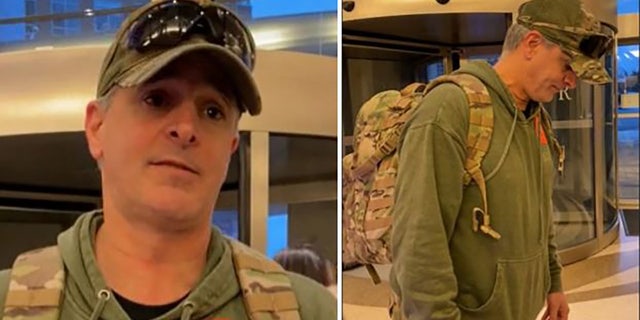 Court documents also included screenshots from an interview published by ProPublica. Caldwell tells two off-camera female voices how he struck 15 officers with a chemical spray at the Capitol. (FBI)

A witness interviewed by the FBI said Caldwell particpates in Airsoft Military Simulation (MilSim), “which is a live-action, in person simulation of armed conflict scenarios conducted by civilians that involve airsoft plastic projectiles launched by replica weapons, but do not involve actual firearms,” the court documents said.

From time interacting with Caldwell at one of these events in Sanger, Texas, the witness described Caldwell as a “huge White supremacist” and “a complete wacko.” The witness also said Caldwell would bring a real firearm to the course and had to be corrected on multiple occasions to return the firearm to his vehicle.

The Justice Department announced Friday that more than 300 individuals have been charged in connection to the Capitol insurrection.

“Regarding any connection to Capitol Police Officer Brian Sicknick, we are not commenting or providing additional information on this active investigation,” Urbina told Fox News, responding to a question about whether Caldwell’s case could be linked to Sicknick.

U.S. Capitol Police said Friday that the medical examiner’s report on Sicknick’s death following the Jan. 6 attack is “not yet complete.” Investigators are “awaiting toxicology results and continue to work with other government agencies regarding the death investigation.”

“Officer Sicknick’s family has asked for privacy during this difficult time and that the spreading of misinformation stop regarding the cause of his death,” the statement said. “The Department and the Sicknick family appreciate the outpouring of support for our fallen officer.”