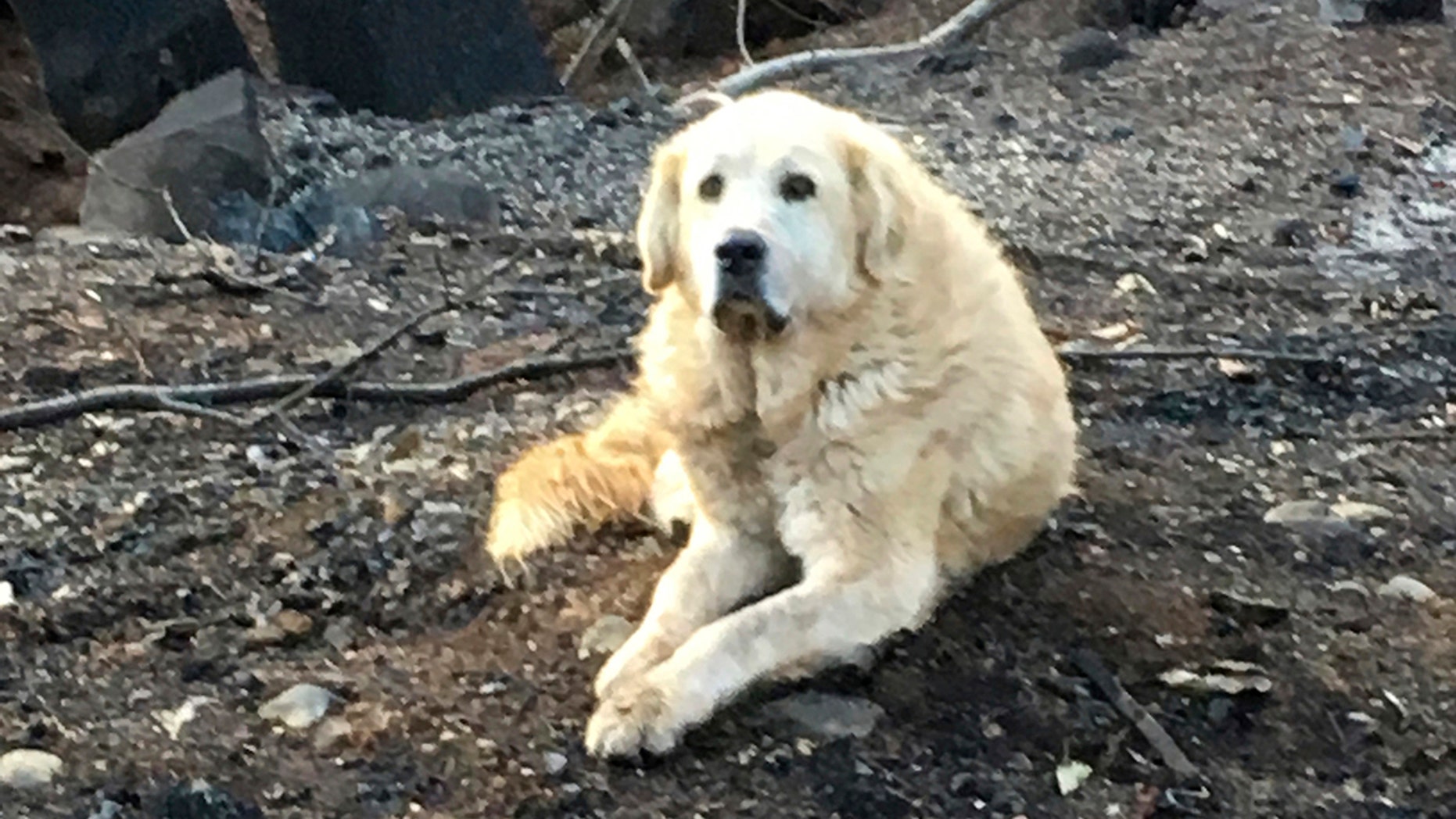 This Friday Dec. 7, 2018 photo provided Shayla Sullivan shows "Madison," the Anatolian shepherd dog that apparently guarded his burned home for nearly a month until his owner returned in Paradise, Calif. Sullivan, an animal rescuer, left food and water for Madison during his wait. (Shayla Sullivan via AP)

Talk about a good boy.

A dog in Paradise, Calif., was found patiently waiting for his owners to return to their property following the devastating Camp Fire that ripped through the Butte County area last month.

The dog, named Madison, was left at the property because his owners were unable to reach him when the Camp Fire began to spread, the K9 Paw Print Rescue group wrote on Facebook earlier this week.

“They hoped and prayed he would be OK,” the center added. 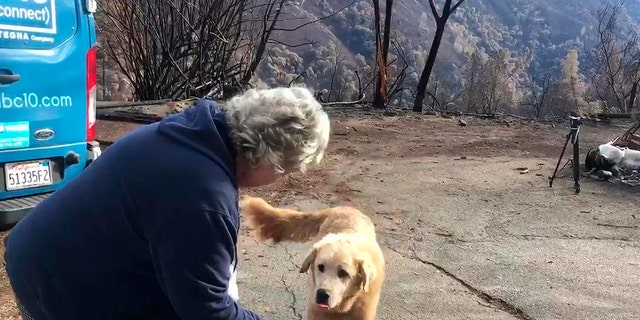 "Madison," the Anatolian shepherd dog that apparently guarded his burned home for nearly a month, approaches his owner, Andrea Gaylord, as she was allowed back to check on her burned property in Paradise, Calif. (Shayla Sullivan via AP)

After she was notified about Madison, an animal rescuer named Shayla Sullivan went to the scorched property to check on the dog, an Anatolian shepherd, several times before the pup’s owners were able to return.

Sullivan, who also helped to locate Madison's brother Miguel, another Anatolian shepherd, said she left food and water for the dog regularly until one of his owners, Andrea Gaylord, was able to come back.

Finally, on Wednesday, the moment came.

“When they finally got clearance to go back to the lot where their house once stood…Madison was waiting there for them as if he were protecting his former home,” the rescue center wrote in a Facebook post, which had 17,000 reactions and more than 11,000 shares as of Saturday afternoon.

"He had stayed to protect what was left of his home, and NEVER gave up on his people!" Sullivan added on Facebook. "He didn’t give up through the storms or the fire! A LOOOOONG month it must have been for him!" 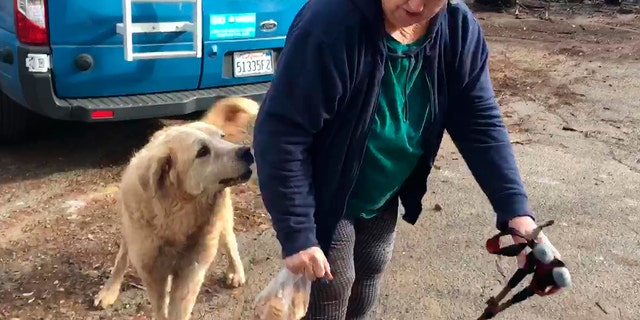 Shayla Sullivan, an animal rescuer, left food and water for Madison during his wait. Gaylord fled when the Nov. 8 fire destroyed the town of 27,000. (Shayla Sullivan via AP)

Many people on the social media platform applauded Sullivan for helping Madison and commended the pup for his loyalty.

"Dogs are the very best of God’s creatures," one person wrote.

"That’s amazing! Wonder how he stayed safe during the fire and has survived the last month. God is good," another added.

"What a miracle. So happy for this family," another wrote.