Wendy Jones, 67, is now in intensive care after debris rained down on families at the entertainment centre of the Brean Sands resort near Weston-Super-Mare, Somerset. 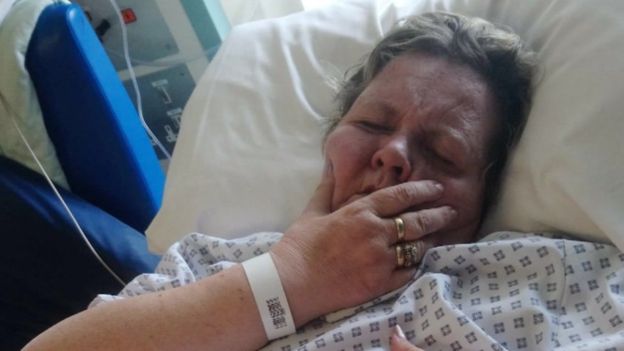 She underwent surgery in hospital after suffering a broken hip – but her condition has deteriorated.

Wendy has "not been herself" since the incident at the Brean Sands resort in Burnham-on-Sea, Somerset, and her family fear she may never fully recover.

Daughter Hayley, from Hereford, said: "She's not in a good way. She doesn't remember much about it, she hasn't been herself since."

Pontins has provided a room for Hayley and her family to stay in while Wendy receives treatment.

Hayley added: "We don't know how long we'll be here for.

She's not in a good way. She doesn't remember much about it, she hasn't been herself since

"It's not the best but at least we're close to mum."

A Pontins spokesperson said: "Following the recent incident at Brean Sands, we take the health and safety of all our guests and staff extremely seriously.

"The company is deeply shocked that any guest has suffered an injury caused by any accident.

"We are of course fully assisting with the current enquiries and thank the local emergency services and all our amazing staff on the holiday park, for their fast response and empathy throughout this time."

"Sedgemoor District Council has begun a health and safety investigation into the incident.

But it warned the inquiry could be "lengthy and complex".

Six people were rushed to hospital after the collapse in one of the main rooms where families played bingo and kids were watching a show last Wednesday.

An investigation confirmed on Friday a heating duct had crashed to the ground.

Mum Kelly Mansell, 38, said her children had been dancing when the collapse unfolded about two metres from them.

She told The Sun Online: "I thought it was a bomb, it was such a loud bang.

"My ten-year-old saw it fall and just started screaming."

Were you involved in the ceiling collapse? Contact the news desk on 0207 782 4368 or email [email protected]

Kelly said she immediately grabbed her kids and ran to the exit, saying: "There were big panels of insulation and people screaming.

"I helped a few people to move out. It was very dusty.

"I had a black top on and I was covered in dust and insulation. It got all in your eyes."

The mum, who was holidaying with her family including her four-year-old twins Ellis and Jenna and ten-year-old daughter Kady from their West Sussex home, said the kids were now terrified.

She said: "They couldn’t sleep last night. We just came here for a cheap getaway with family but didn’t realise we would be risking our lives."

I thought it was a bomb, it was such a loud bang

Laura Robinson, whose family of five children are at the site, told the BBC: "We were in the family clubhouse, suddenly part of the roof [came] down halfway across the room, all across tables and people.

"It has come straight down over the tables in a long line.

"I heard this cracking noise and looked up and part of it's coming down and then the whole way along it went."

Another woman said: "If I wouldn't have moved a big slab of concrete would have landed on my head and split my head open.

"It landed right by my feet."

One stunned guest described it as "like a terror attack" – adding she was worried children would be injured.

And a mum said: “We have all been sent back to the chalets, I saw the ceiling come down.

“Emergency services are on site, and we are waiting to hear any news.

“My main priority was get my five kids out. I know air ambulance has been out.”

Alarms were going off, screaming and the roof was all on the floor. They're all outside now not allowed to leave, people being sick, crying, screaming from people stuck apparently.

Lisa Cook said she was hit by some falling debris as the roof caved in.

She said: "It was absolutely horrific.

"After the bang all you could hear was people screaming. There were people running around frantically, people were screaming 'help' and there was a lady who lost one of her children – it was just awful."

She added: "We were sat down and you could hear the crack, it was like the sound of cracking wood, and bang the duct came down and hit the table."

See said she was hit in the neck from the debris, and had a big scrape under her chin.

She added: "It was lucky no one got killed.

"I'm still in pain now. It's right down the front of my neck."

And she said the psychological damage may still remain with her after the horror.

She said: "Every time I shut my eyes last night I just kept hearing that crack back – the fear was ridiculous.

"(My son) said to me this morning 'I thought you were going to die'. It must have been so terrifying for a nine-year-old to hear his mum shout for him to move move that table away."

Former New Zealand cricketer Iain O'Brian wrote on Twitter: "Arrived back to Pontins Brean Sands this afternoon, after a day out, to a major site panic.

"Sirens now, helicopters circling. Hope everyone is OK! It makes the leaky toilet in our room rather insignificant."

He later posted: "Word is, and hopefully it's accurate, no one seriously hurt.

"Serious amount of emergency services here. Staff very shaken and look like they could do with a hug or two."

'NO ONE WAS TRAPPED'

A statement from the Avon and Somerset Police said they were called just before 6.30pm Wednesday to Brean Sands Holiday Park in Brean following reports a ceiling had collapsed inside a building.

They said: "A number of people suffered minor injuries in the incident but thankfully no one was seriously hurt.

"A search of the scene has been carried out and we can confirm no one was trapped under the debris.

"The Health and Safety Executive have been informed."

Sedgemoor District Council has begun the “complex” investigation that saw Environmental Health and Safety officers at the site today.

Spokeswoman Claire Faun said: "A heating and air-con duct which had been boxed in and attached to the wall gave way.

"The investigation is likely to be complex and run for several months."

Devon and Somerset Fire and Rescue Service said in a statement: "The incident involved the collapse of approximately 40m of structural ducting and ceiling sections, exposing live damaged electrics and making the scene unstable.

"Fire crews used eight high-pressure airbags and small tools to establish that no persons were trapped beneath the collapse."

The scene was made safe and fire crews had left the scene, they added. 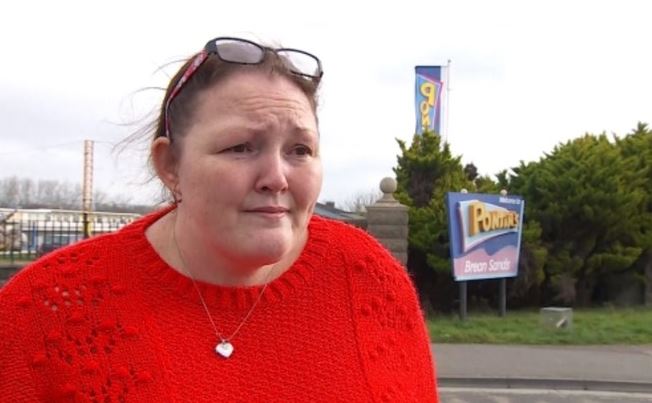 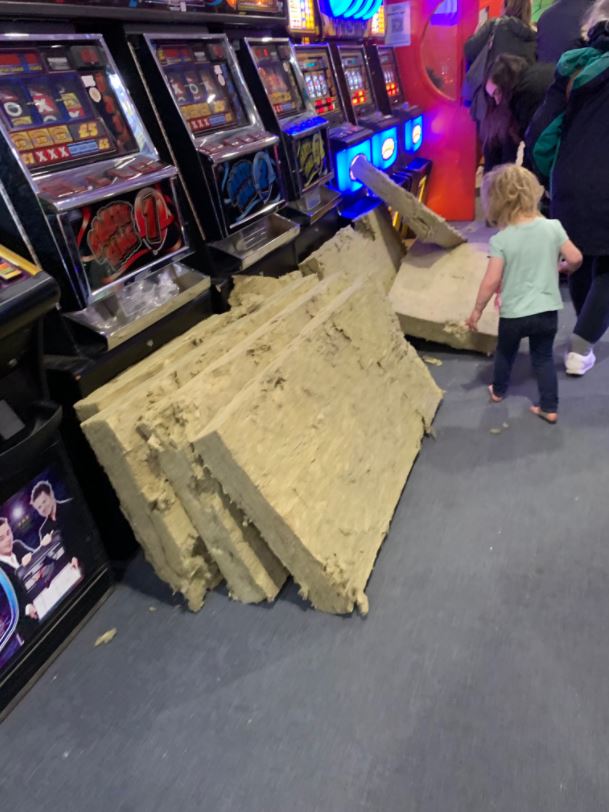 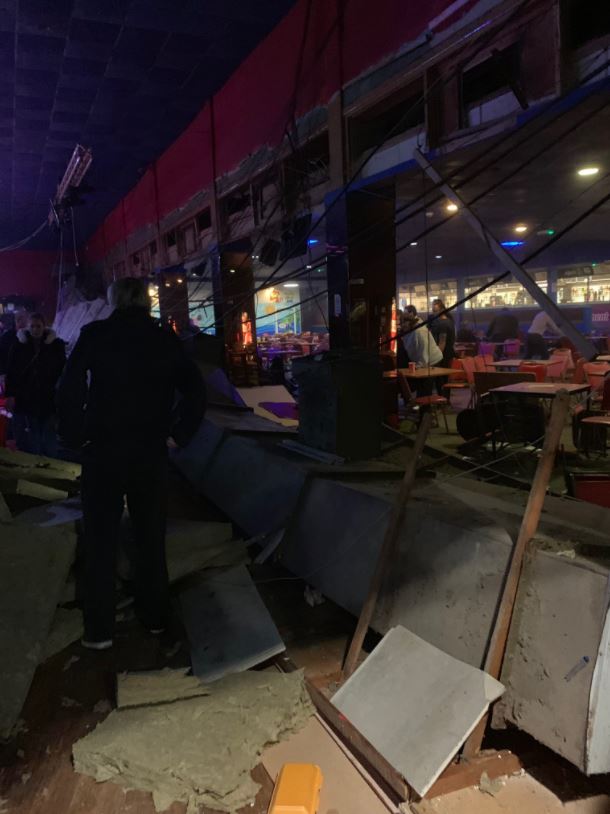 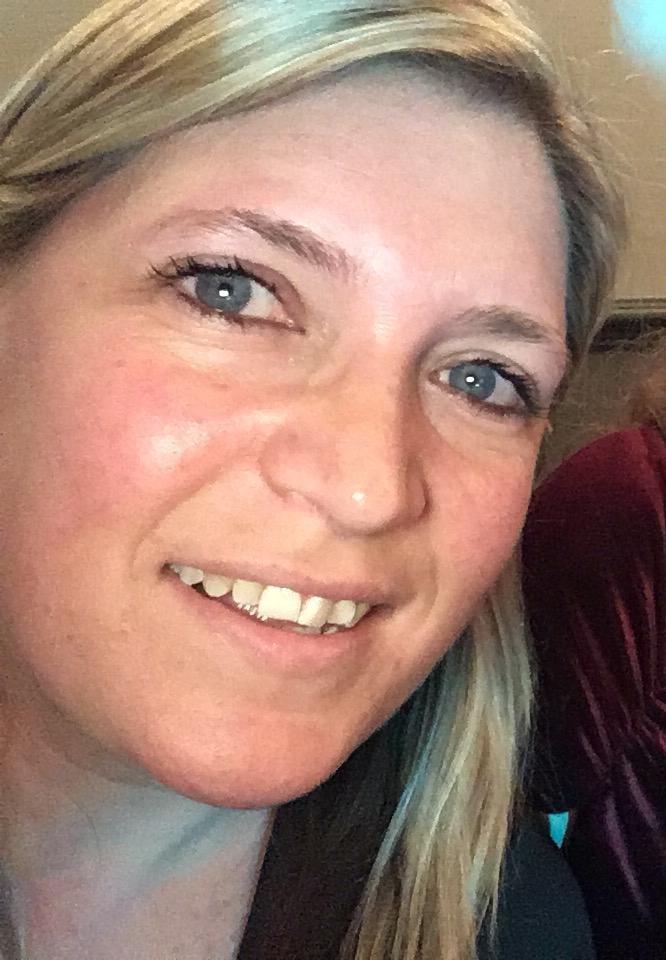 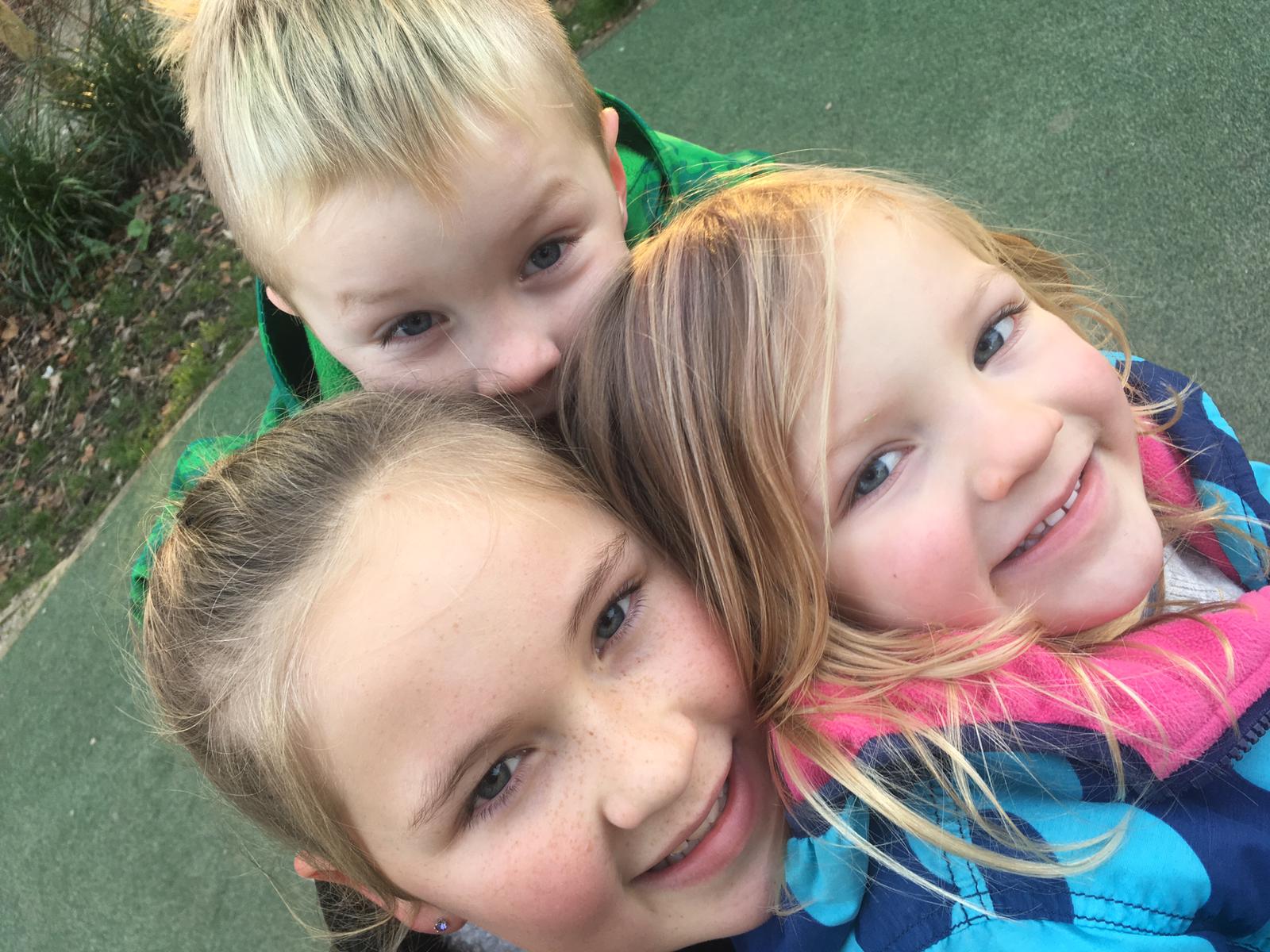 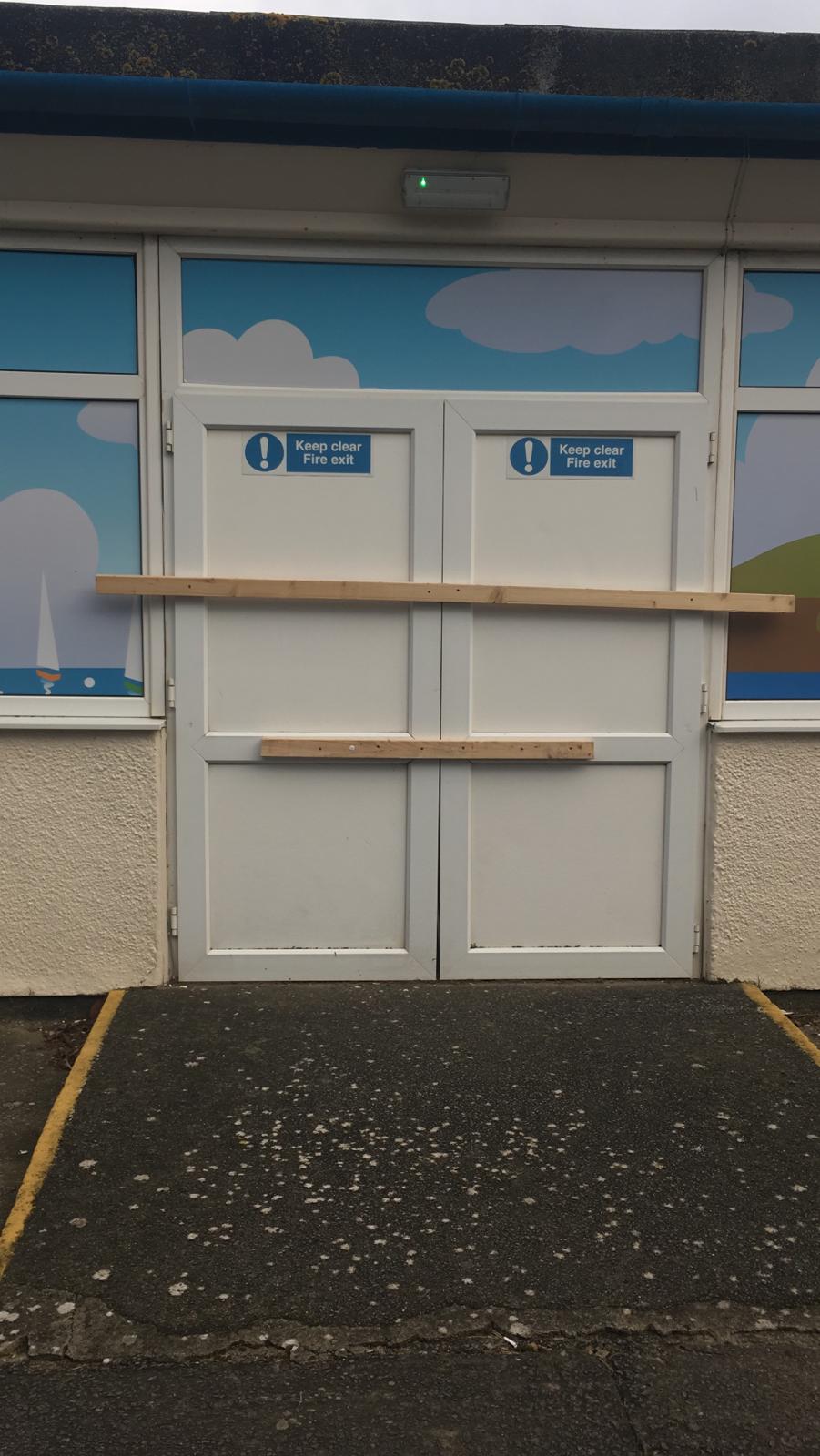 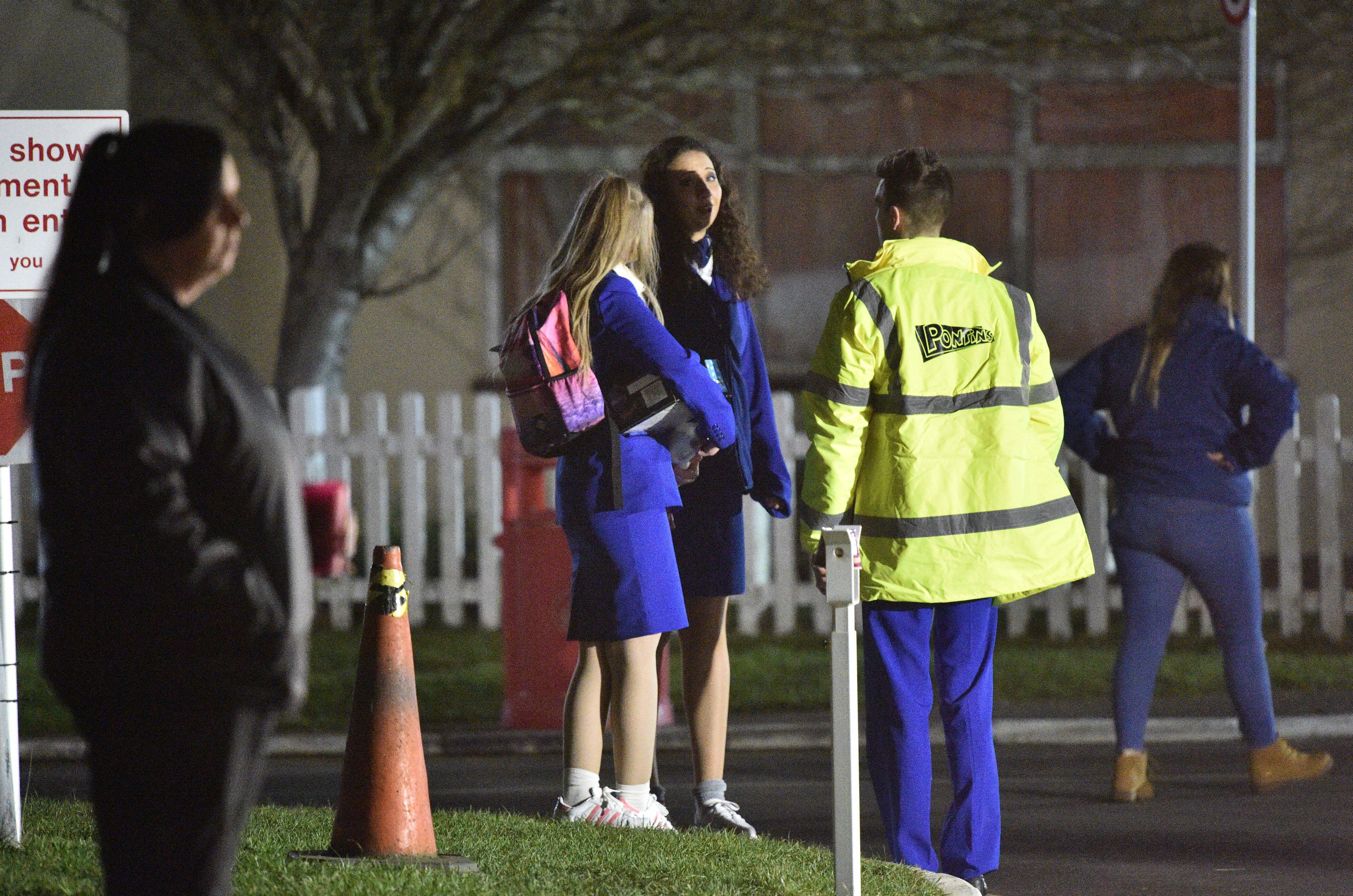 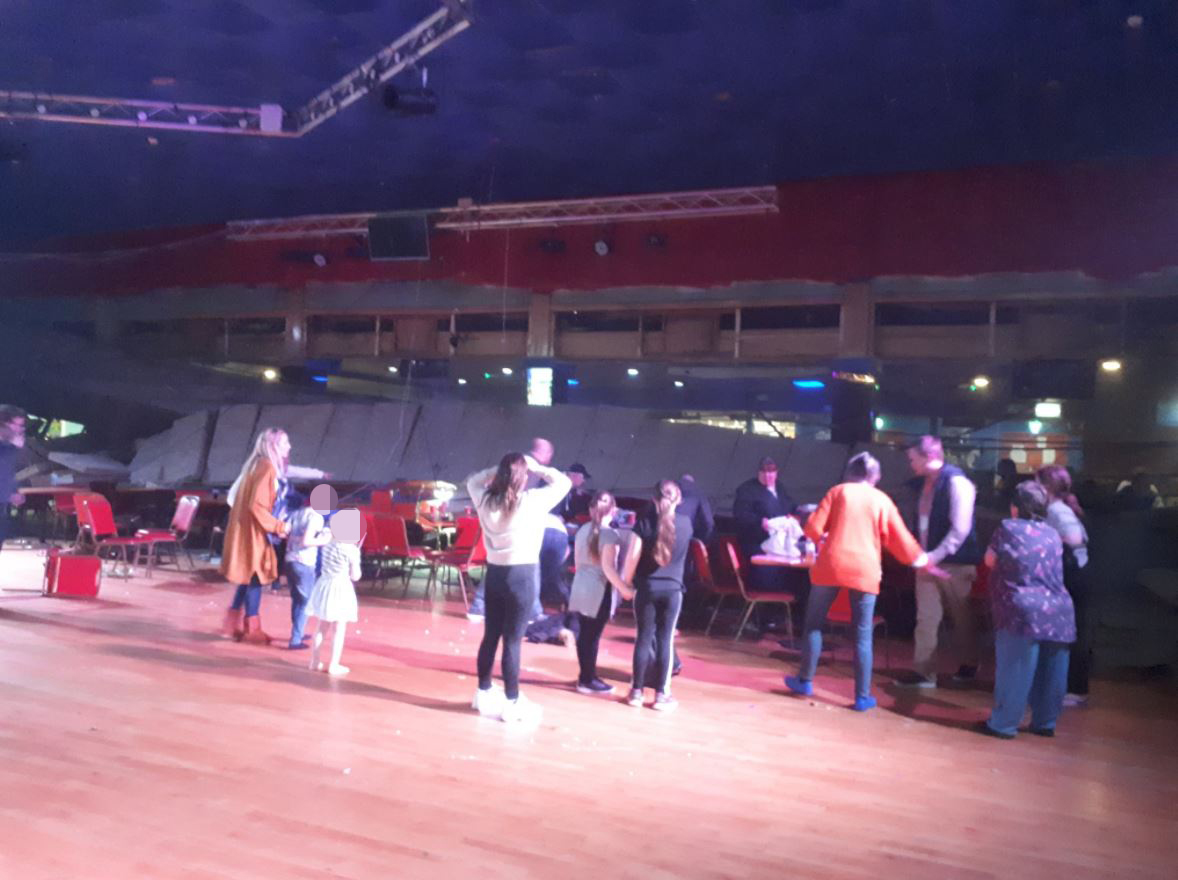 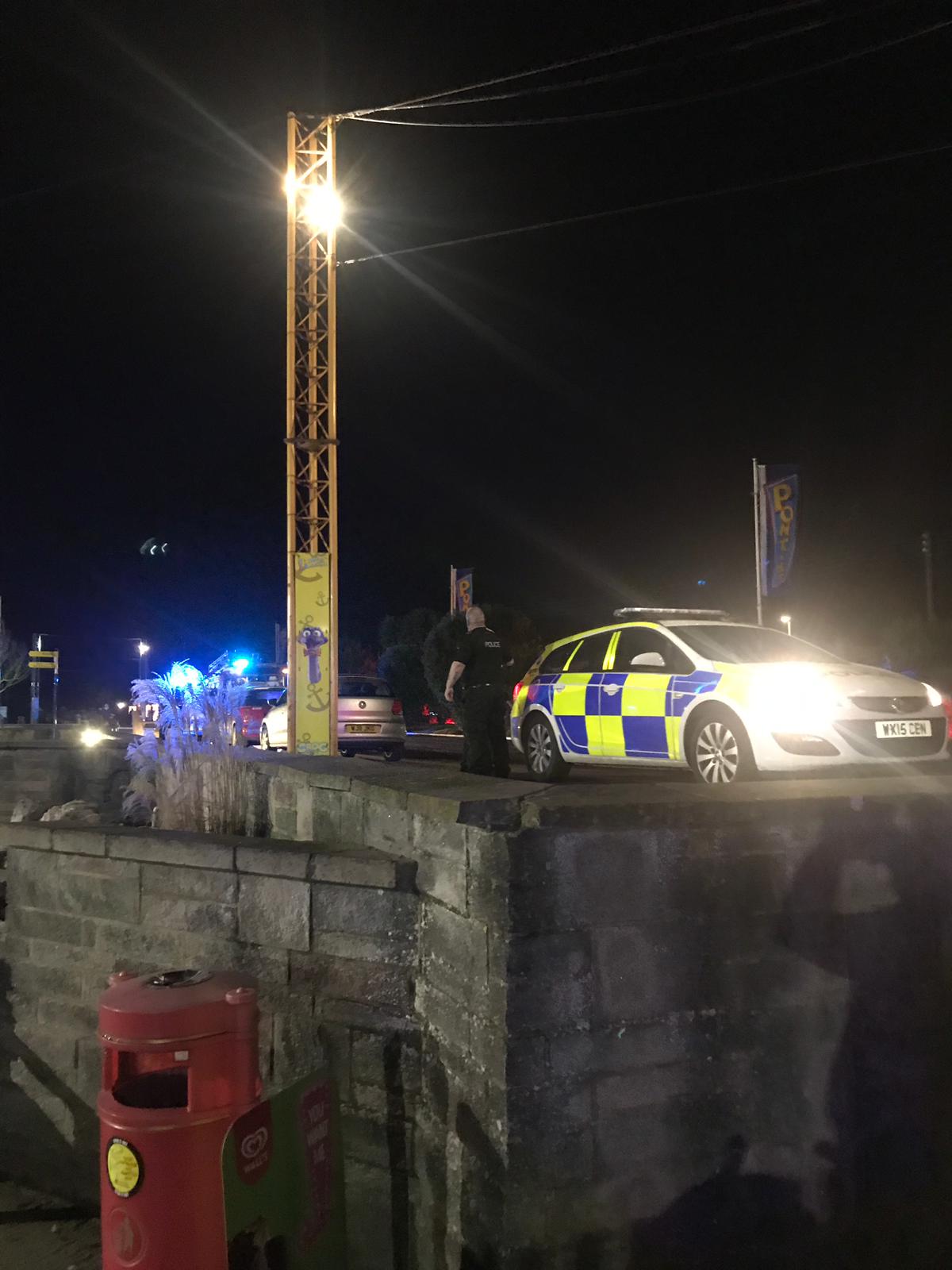 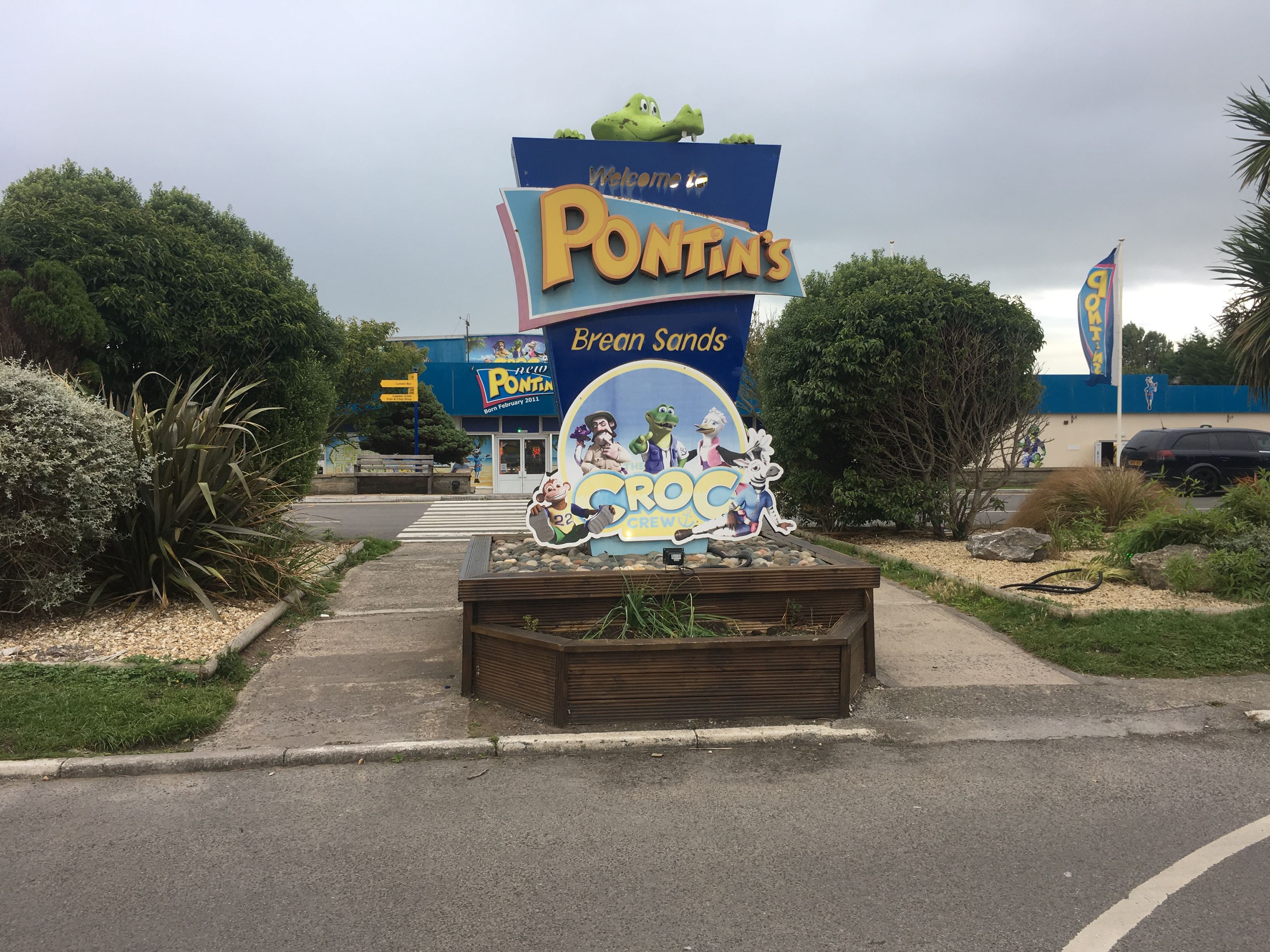 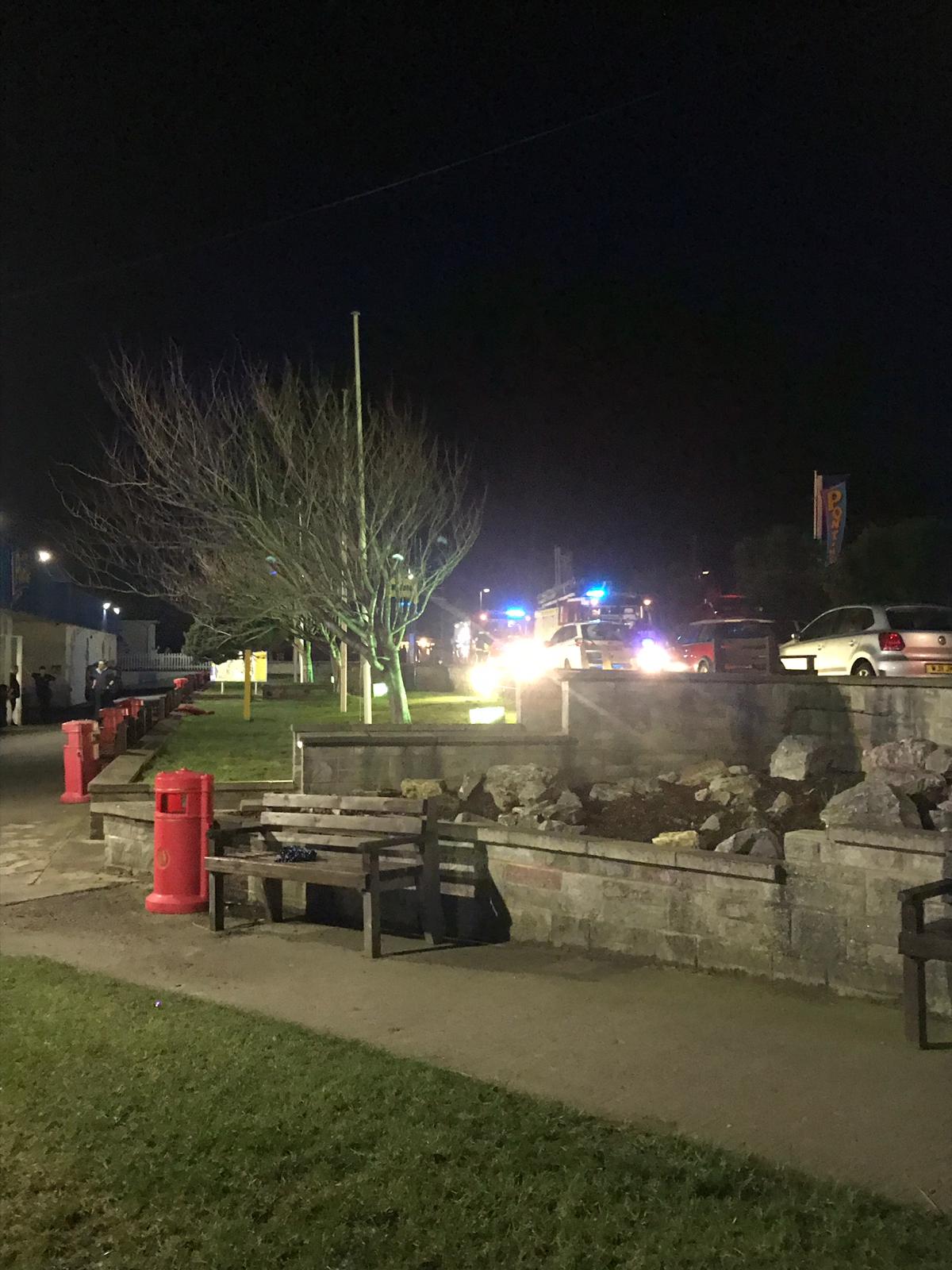