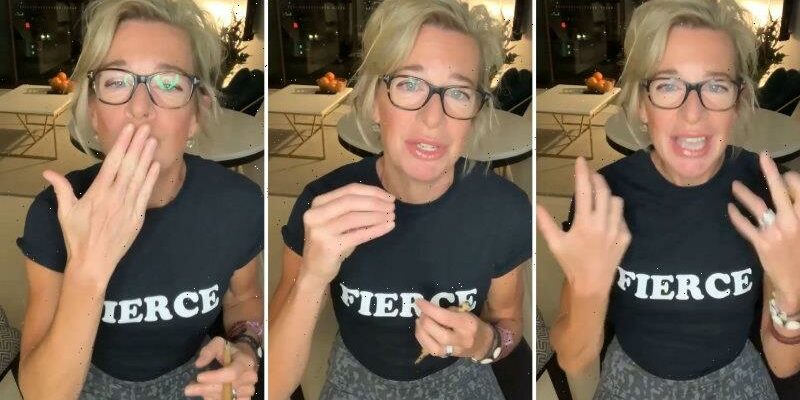 Before this week, most Australians had never heard of Katie Hopkins. The 46-year-old far-right commentator and “media identity” made a name for herself in the UK, where she appeared in reality TV shows, hosted radio and TV programs and wrote columns for tabloid newspapers.

Her fame was built on little but look-at-me controversy. She has described migrants as cockroaches, argued that pictures of drowned Syrian asylum seeker boy Alan Kurdi were staged and used the language of the Nazis to call for a “final solution” following the Manchester Arena terrorist attacks. Her Twitter account, with 1.1 million followers, was banned last year for breaching the platform’s “hateful conduct” policy. 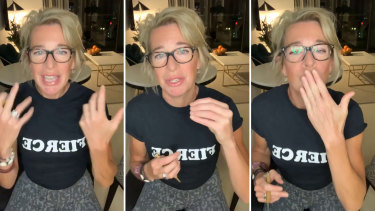 Katie Hopkins mocking the safety rules upon her arrival in Australia. Credit:Instagram: @_katie_hopkins_

On Saturday morning, Hopkins hit the headlines in Australia after she arrived to appear in the Channel Seven show Big Brother VIP, the 15th iteration of the reality TV franchise.

From the confines of hotel quarantine in Sydney, she posted a video (since deleted) to her Instagram account in which she called COVID-19 lockdowns the “greatest hoax ever” and boasted about flouting infection controls, saying she was trying to frighten security guards by answering her door naked and maskless, a breach of quarantine rules. All this while 12 million Australians were locked down and the nation was hurting.

There was a predictable and reasonable outcry, and on Monday she was deported.

It all raises the question: what was this English provocateur doing here? Arrivals to Australia have been recently halved to 3000 passengers a week, and about 35,000 citizens and residents are seeking to come home. Each arrival should be regarded as precious and available to a deserving recipient. We’re not sure Hopkins fits that bill under the circumstances.

Home Affairs Minister Karen Andrews cancelled Hopkins’ visa, saying that she came to Australia “with the support of a state government” – NSW – because an “economic benefit” could be demonstrated. The Age accepts that shooting films and TV shows in Australia with foreign stars could boost the economy and, if the production company picks up the cost, may be justified in some cases. After this little incident, however, the scheme should at least be reviewed.

But the real reason Hopkins was here was to generate controversy and ratings for the Seven Network’s TV show. She achieved the controversy, but Seven may not have predicted the outcry. Perhaps something is shifting and controversy for its own sake has limits. Once social media activists began targeting Seven’s advertisers and launching petitions and proposed boycotts, the network folded. It had more at stake that an upcoming Big Brother series, with advertisers for its multimillion-dollar Olympic coverage also in the activists’ sights.

Seven has attracted criticism of late for its poor record on handling matters of race. In 2018 its news programs came under fire for giving a soft interview to far-right extremist Blair Cottrell without mentioning his criminal history, which included racial vilification offences.

The network’s Sunrise program gave right-wing populist provocateur Pauline Hanson a platform for years. And in 2018 Sunrise hosted a segment featuring Samantha Armytage, Prue MacSween and Ben Davies about “Aboriginal adoption” that suggested a second stolen generation was needed to help Indigenous children. The segment, which did not feature any First Nations voices, triggered protests, an apology and a court case.

Seven is not alone in encountering trouble using outspoken talent on its programs, although its examples appear to be the most egregious. Last year Nine Entertainment, the owner of this masthead, was forced to dump Hanson from its Today program after she described locked-down residents of housing towers as “drug addicts” who “can’t speak English”.

In this case, Seven and production company Endemol Shine Australia have questions to answer. They say now only that Hopkins is not part of Big Brother VIP but don’t deny she was brought here for the show. Surely they can do better than make programs featuring people with Hopkins’ record.

Perhaps the final word should go to Deputy Prime Minister Barnaby Joyce, who on the ABC on Sunday told Hopkins to “pack your bongo and get out”. On this occasion, we agree with him.