Former Vice President Dick Cheney was roundly criticized by Democrats during and after his tenure under President George W. Bush, in part because of what were seen as his contributions to the push for the war in Iraq. On Thursday, he and his daughter, Rep. Liz Cheney (R-Wyo.) became the only two Republicans to participate in a Democrat-led moment of silence to commemorate the invasion of the Capitol on Jan. 6, 2021.

“We need a lot more Liz Cheney’s in America,” said Rep. Gerry Connolly (D-Va.) in an interview with Yahoo Finance Live. “A very courageous Republican, a conservative — the daughter of one of the most conservative vice presidents in the history of this country — but she has stood up for what was right. She has spoken out about it, speaking truth to power in her own party.”

Congresswoman Cheney has paid the price for her outspokenness on the insurrection and her vote as one of 10 Republicans to impeach then President Trump in the wake of the attack: She was ousted as the third-ranking official in her party. She now serves as the vice chair of the House select committee investigating the Jan. 6 attack.

President Joe Biden spoke Thursday morning about the importance of defending democracy: “We are in a battle for the soul of America,” he said. Biden laid the blame for the insurrection at the feet of Trump — although Biden didn’t cite Trump by name, he said, “the former president who lies about this election, and the mob that attacked this Capitol, could not be further away from the core American values.” 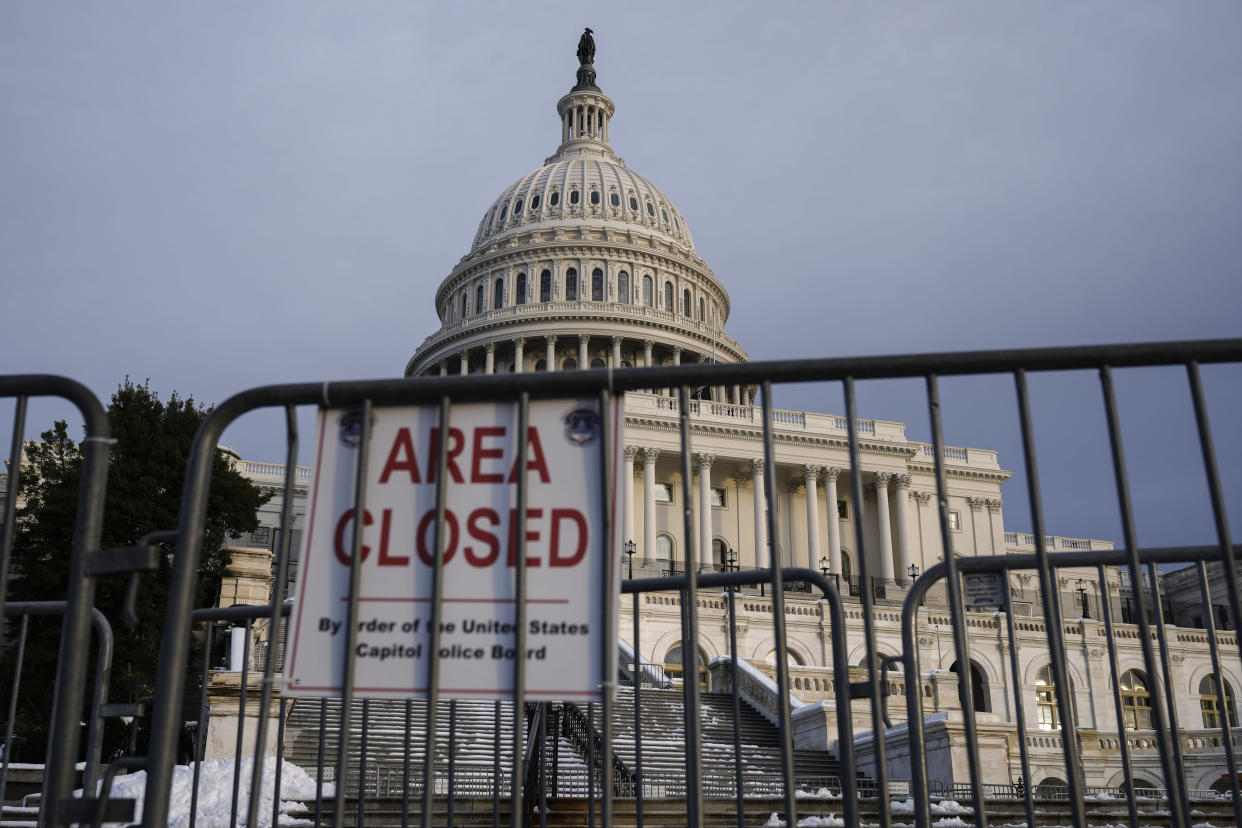 The Department of Justice has charged more than 700 people in connection with the Jan. 6 insurgency. The House committee of which Cheney is a part has conducted an extensive investigation, resulting thus far in the indictment of former Trump chief strategist Stephen Bannon for contempt of Congress.

Connolly, for his part, said there is more to do to prevent another Jan. 6 and what Biden today called “the Big Lie” — that Trump actually won the election.

“I think we have to fight voter suppression by passing two voting rights bills that are before the Senate right now, that have already passed the House, whatever it takes — if we have to get rid of the filibuster to do it. What’s more sacred in our democracy than the ability to vote, and to have that vote count?” Connolly said.

Right now the fate of those bills is uncertain. Senate Majority Leader Chuck Schumer said earlier this week that the Senate will vote to end the filibuster by Jan. 17 in order to enact the voting rights legislation.

Julie Hyman is the co-anchor of Yahoo Finance Live, weekdays 9am-11am ET. Follow her on Twitter @juleshyman, and read her other stories.