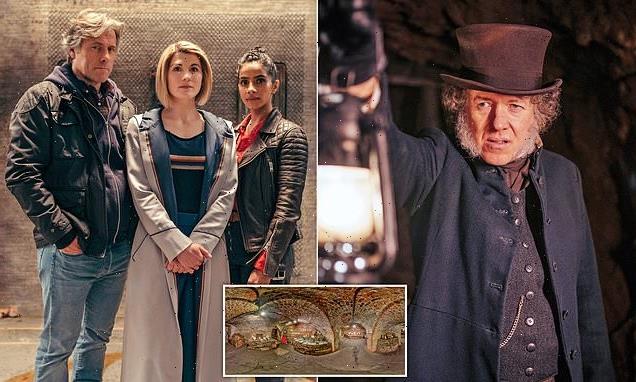 It’s not a whoduggit… but why? Deep beneath Liverpool, exquisitely built tunnels stretch for miles – for no apparent purpose. Now they are starring in the latest Doctor Who, and RAY CONNOLLY unearths their wonderfully eccentric origin

The Tardis has touched down in Liverpool.

The latest series of Doctor Who has seen the 2,000-year-old Time Lord arrive on Merseyside.

Not being a Whovian myself, I can’t say I’ve been completely following the plot. But the bit of the first episode that caught my attention was a scene set in the 1830s.

A Scouser called Joseph Williamson had been asked to explain the strange warren of tunnels that he and his workers were burrowing in the Edge Hill area of the city.

Doctor Who is, of course, fiction: but Williamson certainly wasn’t. 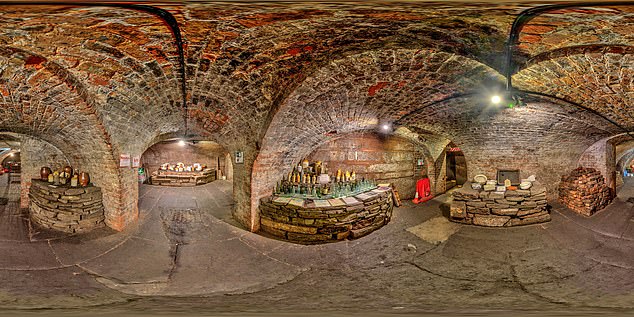 Chamber of secrets: Some of Williamson’s tunnels in Liverpool

And nor are his tunnels, with their huge chambers, steep staircases, vast arches and one corridor a mile long that his labourers excavated from under his house and across much of the area.

In effect, Williamson became a spec builder and maybe something of an amateur architect.

And although after his death in 1840 he was forgotten for over a century, he left behind an underground heritage that has only recently begun to be excavated.

Unfortunately, what he didn’t bequeath to posterity was an explanation for why he dug his labyrinth at all.

In fact, he was quite secretive about it, never explaining its purpose to anyone. That made people suspicious.

Why would a very rich man devote so much money and energy to such an undertaking? Once known in Liverpool as the ‘Mole of Edge Hill’, did he, as some believe, simply want to create work for the unemployed?

It’s a philanthropic thought, and he may well have been a generous man who believed in the Protestant ethic of honest toil being good for the soul.

But there must have been more pleasant jobs than condemning men to work by candlelight in the damp pitch-darkness for hours and then years.

And why bother making the brickwork on the underground arches so perfect, if no one was ever going to see them

At least the Pyramids were resting places for gods.

Another theory is that Williamson was surreptitiously exchanging the stone blocks his employees were chiselling out of the earth for bricks to build houses alongside his own on the land above.

That’s possible, too. He apparently became a strict landlord and personally vetted everyone who lived in the houses he built.

No riff-raff in the Mole’s houses.

Less plausible is that he may have been a religious extremist who thought that Armageddon was just around the corner, so he decided to dig a refuge for himself and his friends. 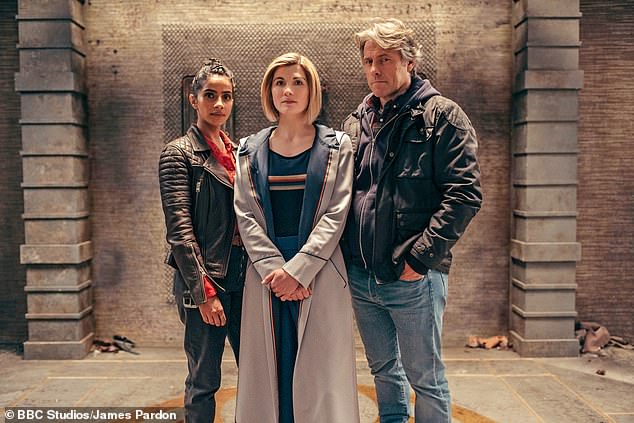 The Doctor (Jodie Whittaker) with her companions, played by Mandip Gill and John Bishop

He was certainly a bit odd, especially after his wife died in 1822, whereupon he spent much of his time sitting in his cellar (some now call it his Banqueting Hall) and sleeping in the cave that was his bedroom.

This led to the idea that he was simply a rich lunatic who thought he was digging some kind of Necropolis-on-the-Mersey.

If The Beatles had known about his endeavours in 1960, they might have started their careers in one of his actual caverns — not the Cavern Club, that smelly old fruit cellar near the Pier Head.

No doubt Jodie Whittaker, as the Doctor, and Liverpudlian actor John Bishop as sidekick Dan will, over the next four weeks of the series, come up with an explanation for the caverns, and once again thwart the diabolically evil intentions of some horrible-looking creatures from outer space.

But, personally, I’m more of a functionalist than a fantasist. Everything has a purpose and Joseph Williamson lived at the time of huge development when entrepreneurs were practical.

Having been born in 1769, he was brought to Liverpool at the age of 11 when he took lodgings with the merchandising Tate family, who had a tobacco and snuff company.

Joining the firm as an office clerk, he excelled to the extent that he married the boss’s artist daughter, Elizabeth, and eventually took over the running of the company.

In 1805, by then in his mid-30s, he bought Long Broom Field on the relatively undeveloped Edge Hill ridge. Building himself a house with a garden and orchard that looked down on the Mersey, he erected other houses along the same road.

It was a steadily rising tide for business. By then wealthy, he decided to build first one mega-basement, then another, under his house and garden: much as the super-rich do these days in London’s Notting Hill.

Soon that wasn’t enough and he began further excavations in other parts of Edge Hill. The red sandstone rock of the area had long been used for quarrying, and a deep cutting was being sawn into the hill close to his home.

It was part of a grand plan to lay the first ever railway line that would connect the port of Liverpool with the spinning mills in Manchester, and George Stephenson had been hired as its engineer.

So successful was Stephenson that anyone who travelled to Liverpool in the next 140 years will remember going through that cutting before reaching Lime Street Station. Some of Williamson’s tunnels were inside the rock on either side of the line. 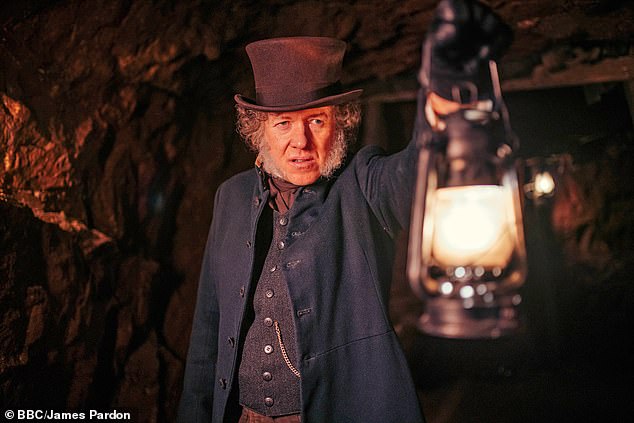 Going underground: Steve Oram as Joseph Williamson in Doctor Who

Rather less successful than the cutting was the railway’s first trial.

It was 1830 and such a big event, and with Williamson already knowing Stephenson, it is highly likely that he would have been present when Stephenson’s first engine, the Rocket, was tested on the line.

It went at only 10mph but it was fast enough to run over and kill the local Member of Parliament, William Huskisson.

Williamson was by now getting on. So we must suppose that, after selling his tobacco and snuff business, he concentrated the rest of his life on extending his labyrinth.

With his burial alongside his wife in the Tate family vault at the local church, his story seemed to end. He had no children and his house and belongings were sold.

Rumours about the ‘Mole of Edge Hill’ circulated for a few decades in Liverpool but, as the area became poorer and less attractive, the arches and tunnels he had so carefully built became a dumping-ground for builders’ rubble, old household crockery and implements.

In 1936, his house was torn down — apart from its front door and wall. These still stand, propped up from behind like a street on the set of a Hollywood western.

In 1996, amateur archaeologists began spending their weekends exploring the area. It was dirty, sometimes dangerous work, with no map to follow, arches that led nowhere and countless tons of refuse to be cleared.

But slowly, the scope of Williamson’s imagination became clearer. The explorers now call themselves the Friends of Williamson’s Tunnels, have more than 1,400 members and are a registered charity.

Some of the chambers have been reopened for the public to admire and for pop groups to make videos.

For sure, Joseph Williamson was an eccentric, perhaps even a little crazy. But when he died he left behind a mystery that not even a Time Lord will be able to solve. He might have liked that.