Stunned Christmas shopper, 27, orders an £8 mug from Debenhams as a present only for it to arrive wrapped in a staggering 18FT of packing paper 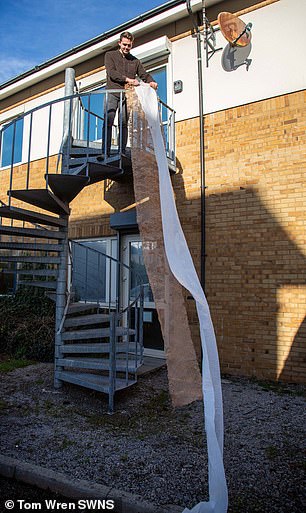 Ashley Moran demonstrated the length of the packaging

A Christmas shopper was left stunned when a small gift arrived packaged in 18FT of paper.

Ashley Moran, 27, ordered the £8 mug online from the Debenhams website in time for December 25.

But when he opened his parcel he got a lot more than he bargained for.

The mug was delivered to his office in Bristol and when he opened the box – he found it stuffed with reams of tissue paper and bubble wrap.

And the box was also filled with 41 pockets of Mini Pak’r Air Pillow packaging.

Ashley said: ‘I couldn’t believe it, I thought they must have made a mistake with my order.

‘When I opened the box I realised it was pretty much all padding and wrapping. It was shocking.

‘Everyone was taking the mickey out of me asking if I had ordered the whole shop.

‘I pulled on the protective paper and it just kept going. It was never ending.’ 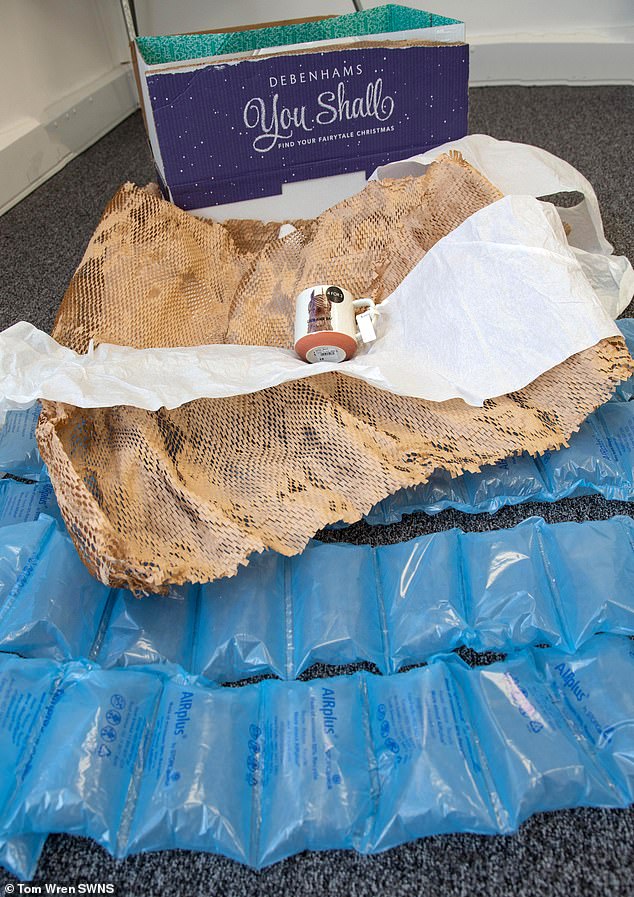 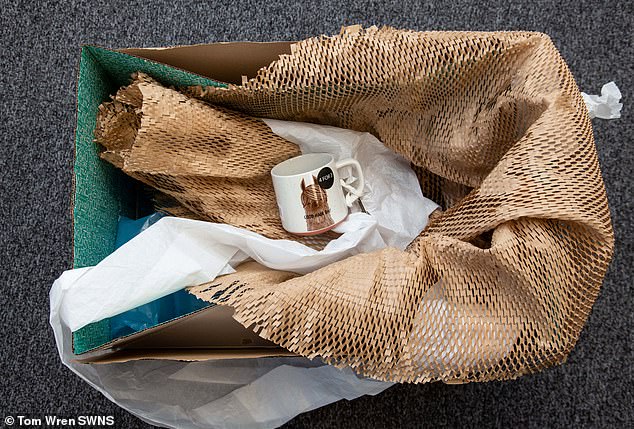 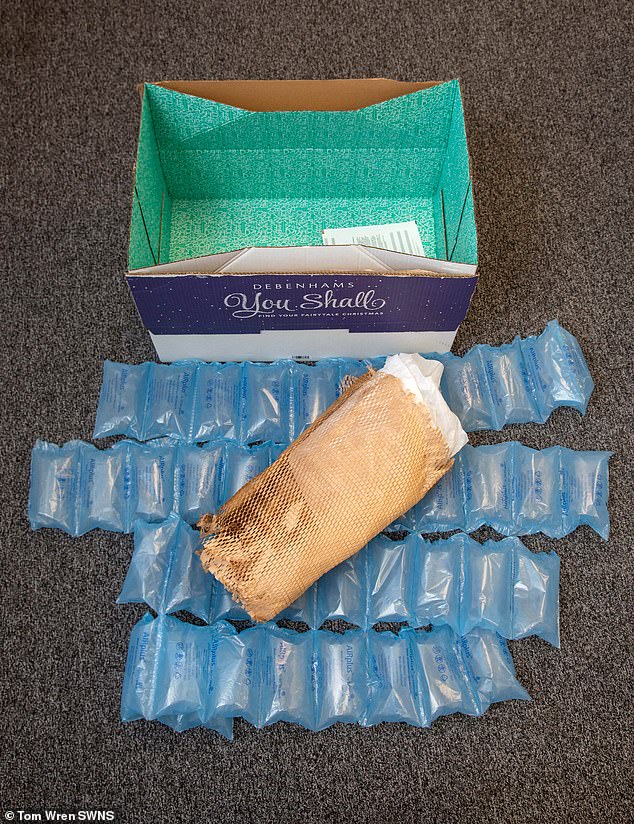 The packaging was pulled out and it stretched to 18ft long in the end. The box was also filled with 41 pockets of Mini Pak’r Air Pillow packaging

The regular-sized mug, featuring a smiling llama with the words ‘Good Hair Day’ printed across it.

Ashley added that he and his colleagues did see the funny side of it.

He said: ‘It did give us all a giggle. I’m over the moon my mug arrived in one piece. I just don’t think they needed to be quite so extra careful about it.’

Mr Moran even took a picture of himself letting the paper hang down from a fire escape, to demonstrate its length.