Dame Maggie Smith, 84, returns to the theatre after more than a decade to star in one-woman play about Joseph Goebbels’ secretary Brunhilde Pomsel 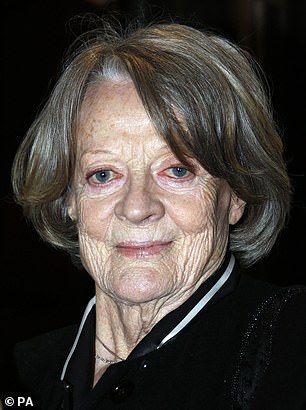 Dame Maggie Smith is set to return to the stage after more than a decade to star in a one-woman play about Joseph Goebbels’ secretary.

The Oscar-winning actress will play Brunhilde Pomsel, who worked for the Nazi propaganda minister until his death.

It will be the 84-year-old Downton Abbey star’s first time treading the boards in 12 years.

The new play, A German Life by Christopher Hampton, has been drawn from Pomsel’s life and her testimony, given shortly before she died aged 106 in 2017.

It will be staged at the Bridge Theatre in London later this year.

Pomsel insisted that she ‘knew nothing’, despite being at the centre of the Nazis’ propaganda machine. 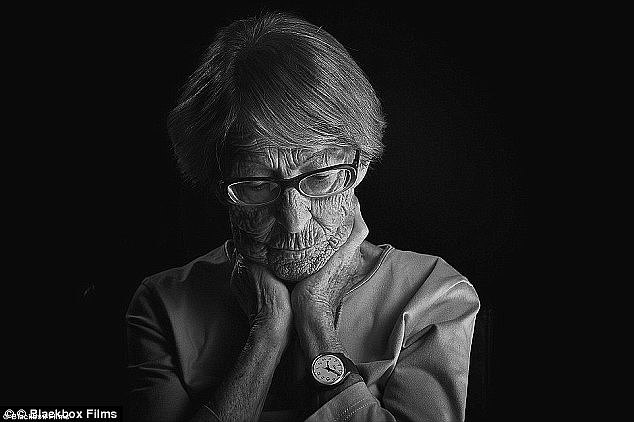 Brunhilde Pomsel insisted that she ‘knew nothing’, despite being at the centre of the Nazis’ propaganda machine

‘I know no-one ever believes us nowadays – everyone thinks we knew everything,’ she told The Guardian, describing her work as ‘just another job’.

Speaking in the documentary A German Life, she said she felt no guilt ‘unless you end up blaming the entire German population’.

‘She struggled to make ends meet as a secretary in Berlin during the 1930s, her many employers including a Jewish insurance broker, the German Broadcasting Corporation and, eventually, Joseph Goebbels.

‘Christopher Hampton’s play is drawn from the testimony Pomsel gave when she finally broke her silence, shortly before she died, to a group of Austrian filmmakers, and from their documentary A German Life.’

Dame Maggie will be alone on stage for the entire production, directed by Jonathan Kent.

She was last on stage in The Lady From Dubuque in 2007. 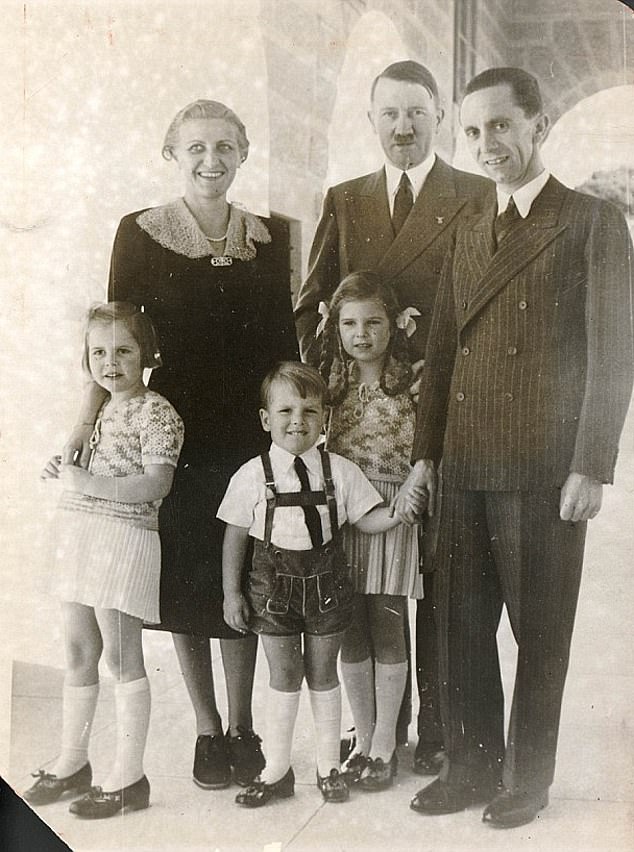 Goebbels (right) with his wife and children and Hitler, who Pomsel described as ‘The Boss’ 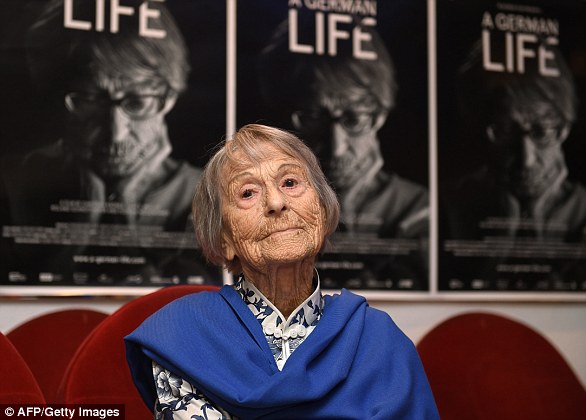 Born in 1911, Brunhilde Pomsel left school in 1926 and started an apprenticeship with a Jewish wholesale manufacturer.

But as the Great Depression hit Germany – leading to the rise of the Nazis – she became unemployed, before getting a job as a shorthand secretary for Jewish insurance broker Dr Hugo Goldberg.

Dr Goldberg, like many Jews, fled Germany after Hitler gained power in 1933 so Pomsel began working for author Wulf Bley, who was closely connected to the Nazi Party.

She used these connections to get a job with the German Broadcasting Station radio channel and joined the Nazi party.

Joseph Goebbels spent much of his time at the radio station making speeches, and offered her a job as his assistant.

Thrilled to be working with the second most important person in the Third Reich, she jumped at the opportunity.

But she insisted that she was not aware of the ‘Final Solution’ – the extermination of millions of Jews in death camps in Germany, Austria and German-occupied Poland – until after the war and said Goebbels ‘must have kept correspondence about it away from her sight.’

She was inside the Fuhrer’s bunker in Berlin in May 1945 when he shot himself as the Red Army closed in on his lair.

After the war Pomsel was captured by Soviet troops and jailed for five years.

Astonishingly, after being released from prison in 1950, she went back to working in broadcasting in democratic West Germany until her eventual retirement in 1971. She is not thought to have married or had children.

It was only in 2011 that she re-emerged, when a German newspaper published an interview with her and sparking a flurry of interest in the last surviving members of the Nazi leadership’s inner circle.

In a documentary Pomsel talked about her three years working for the man responsible for spreading Hitler’s poisonous ideology in newspapers and across the airwaves.

She said: ‘I wouldn’t see myself as being guilty. Unless you end up blaming the entire German population for ultimately enabling that government to take control. That was all of us. Including me.’

Pomsel described in the film how she was told to keep the Nazi top brass supplied with alcohol ‘in order to retain the numbness’ and stave off the reality of their imminent defeat by the hated Russians.

In 2011, Brunhilde Pomsel broke a 66-year vow of silence about the Nazi regime when she gave an interview to popular German newspaper Bild. Her revelations about the Nazi power circle’s last moments shocked the world.

She revealed that even after a lifetime of service, Goebbels barely acknowledged her: ‘You couldn’t get close to him,’ she said. ‘He never once asked me a personal question. Right up until the end I don’t think he knew my name’.

Pomsel spent the last 10 days of the Third Reich in the cellars of the propaganda ministry as Russian artillery and American bombers flattened her surroundings.

She continued to pump out orders from Goebbels until the very last minute – when Goebbels shot his wife then himself.

Immediately before the murder-suicide, Goebbels and his wife killed their six young children by breaking cyanide vials into their mouth.

Aides were ordered to pour petrol on the corpses of the dead generals – but the remains were only partially burned, and later found by the Red Army.

On May 1 1945, shortly after ‘The Boss’ – Hitler – committed suicide, the Russians came into the bunker and ‘dragged’ Pomsel out. She spent the next five years as a prisoner of the Russians in special camps.

She claims not to have known about the Holocaust: ‘I was a stupid, politically uninterested little sausage of simple means. I only learned about the Jewish extermination programme after the war. Goebbels never mentioned it in his correspondence.’