DALLAS Cowboys quarterback Dak Prescott is done for the NFL season after sustaining a gruesome ankle injury against the New York Giants on Sunday night.

The Cowboys were up by a point with a little over six minutes in the third quarter of the game in Texas when he was tackled by Giants' defensive back Logan Ryan. 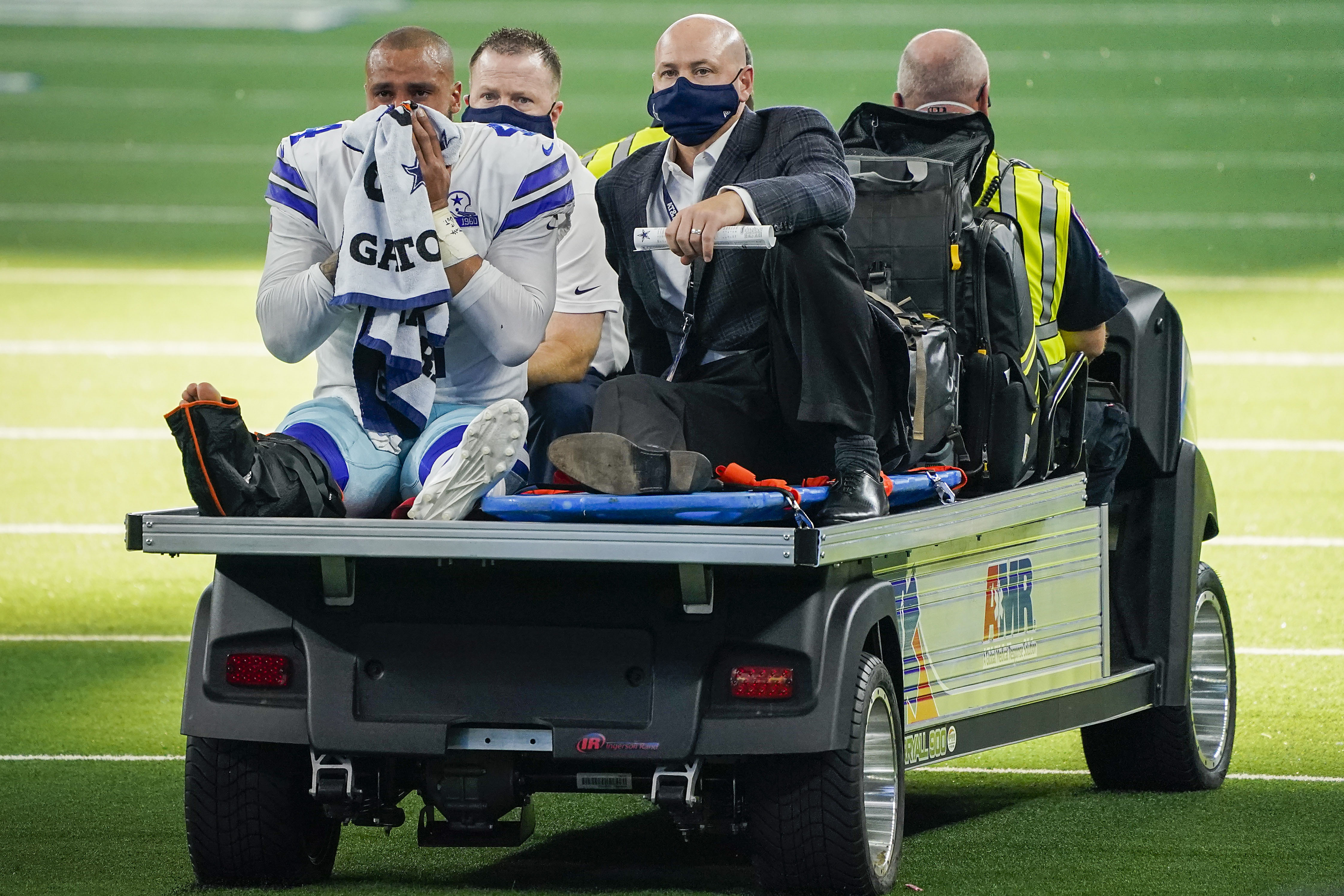 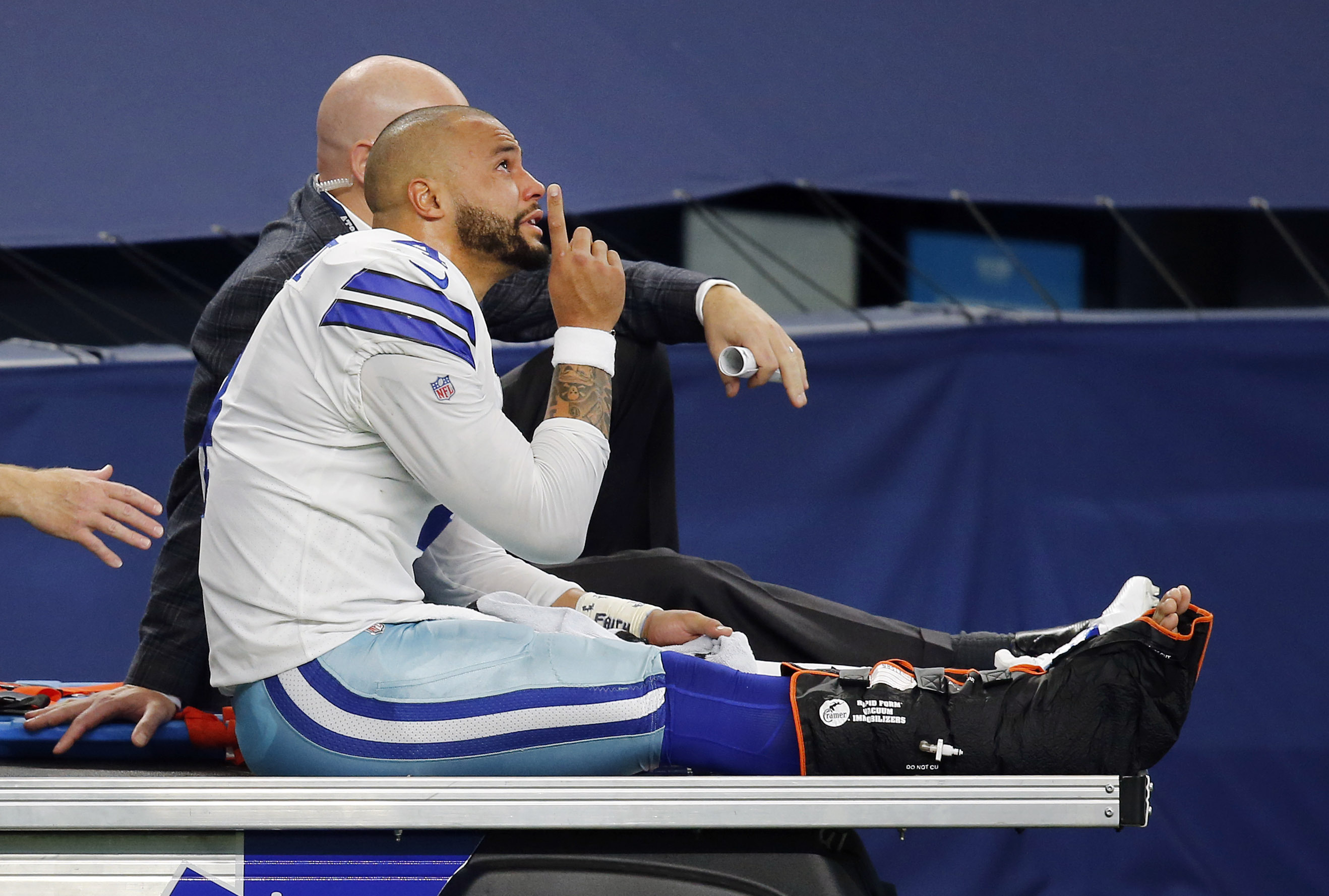 Prescott's right foot was bent at an awkward angle, and video of the moment shared on social media showed the horrifying moment his ankle was pushed out of place.

He was seen grabbing his leg in agony for several moments before he was carted off in tears the field at AT&T Stadium.

The QB's teammates looked visibly shocked and worried as they watched from the sidelines.

Prescott sustained a serious right ankle injury and was taken to a local hospital for further evaluation, the Cowboys said.