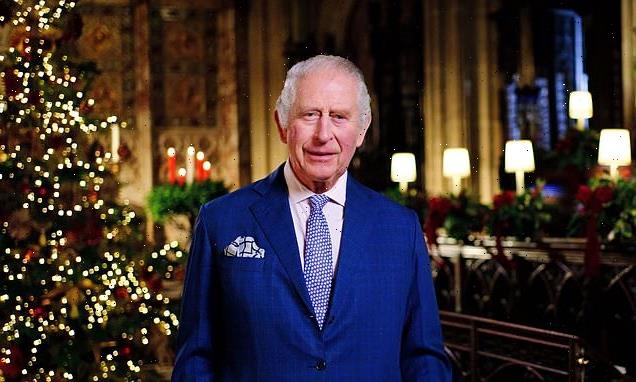 After seven decades, the Queen’s annual Christmas Day message had become as synonymous with the festive season as turkey and mince pies.

As a nation, we turned on our televisions to hear that much-admired sovereign’s invariably wise words of reflection, encouragement and inspiration.

So King Charles’s first Yuletide address since his beloved mother’s death was inevitably tinged with sadness. But simultaneously, it was deeply reassuring.

Continuity lies at the heart of monarchy. No individual can be greater than the institution. The baton, as the Queen said prophetically last year, passes. Even so, she was bound to be a hard act to follow. 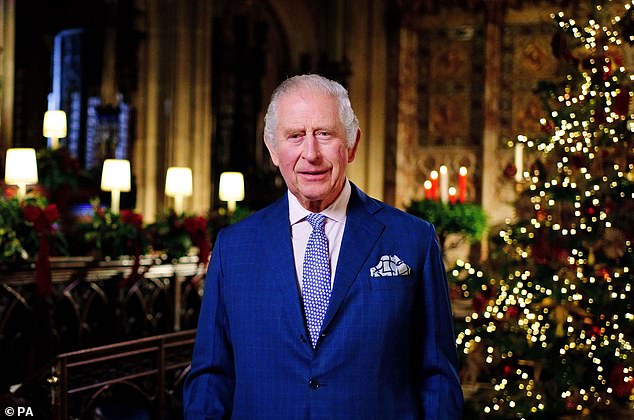 But the effortlessness with which Charles III has taken to the throne does him great credit. He has been exemplary in his public duties, compassionate and statesmanlike.

He spoke unashamedly of his deep Christian faith – but not to the exclusion of those who worship other religions, or none, noting that the power of ‘light overcoming darkness’ was a theme of all creeds.

The King reminded us, too, of the ageless ideals we should cling to, including our duty to care for the vulnerable. But while times are tough, better days lie ahead.

Despite sometimes appearing inescapably detached from real life, the royals also endure family turbulence – proving they are as human as the rest of us.

They have not just had to contend with the Queen’s death this year. The bombardment of brickbats from Harry and Meghan has been relentless, while Prince Andrew remains mired in scandal over his links to convicted paedophiles.

Yet the delighted crowds who greeted the royals attending church at Sandringham prove that The Firm remains a force to be reckoned with – whatever they sullenly say in California or anywhere else.

How typical of the militant rail unions to use Christmas as just another opportunity to inflict misery upon the long-suffering travelling public.

Thanks to their greedy pig-headedness, trains have been shut down for 60 hours.

This is the first festive season for two years not blighted by the pandemic. People have been longing to enjoy themselves.

Yet by striking from Christmas Eve until tomorrow, the RMT has callously consigned many, including the elderly, to spend the holidays apart from their loved ones.

This mayhem is also causing huge damage to business – especially hospitality at a make-or-break time of year – putting jobs in jeopardy. So much for RMT chief Mick Lynch being the workers’ friend!

Their extravagant pay demands expose the unions as grasping chancers who hold the public in utter contempt.

As for Labour, not only does it depend on donations from striking unions, we reveal today that the party’s MPs have taken £35,000 in gifts and hospitality from them.

No wonder they refuse to condemn such deplorable acts of industrial vandalism.

Mesmerised by the wokery that has lobotomised our public services, London’s Royal Free Hospital is forcing interview panels to justify hiring white people.

But if a successful candidate is from an ethnic minority, this time-consuming travesty of bureaucracy is not required.

While proponents say it improves diversity, such politically correct box-ticking risks being divisive and discriminatory.

Instead of virtue-signalling, shouldn’t hospitals simply employ the best people – irrespective of their race?