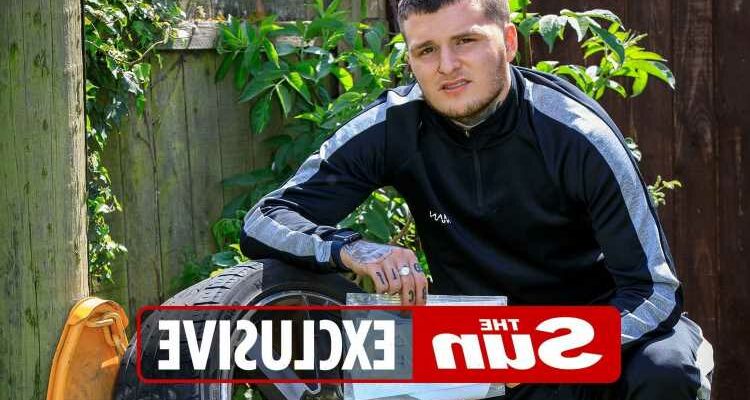 A FED-UP dad is charging parking enforcers to get their clamp back — after he took it off his car and chained it to a post.

Conor Seaborn, 23, found his Ford Mondeo had been targeted by a collection agency chasing £581 he was said to owe. 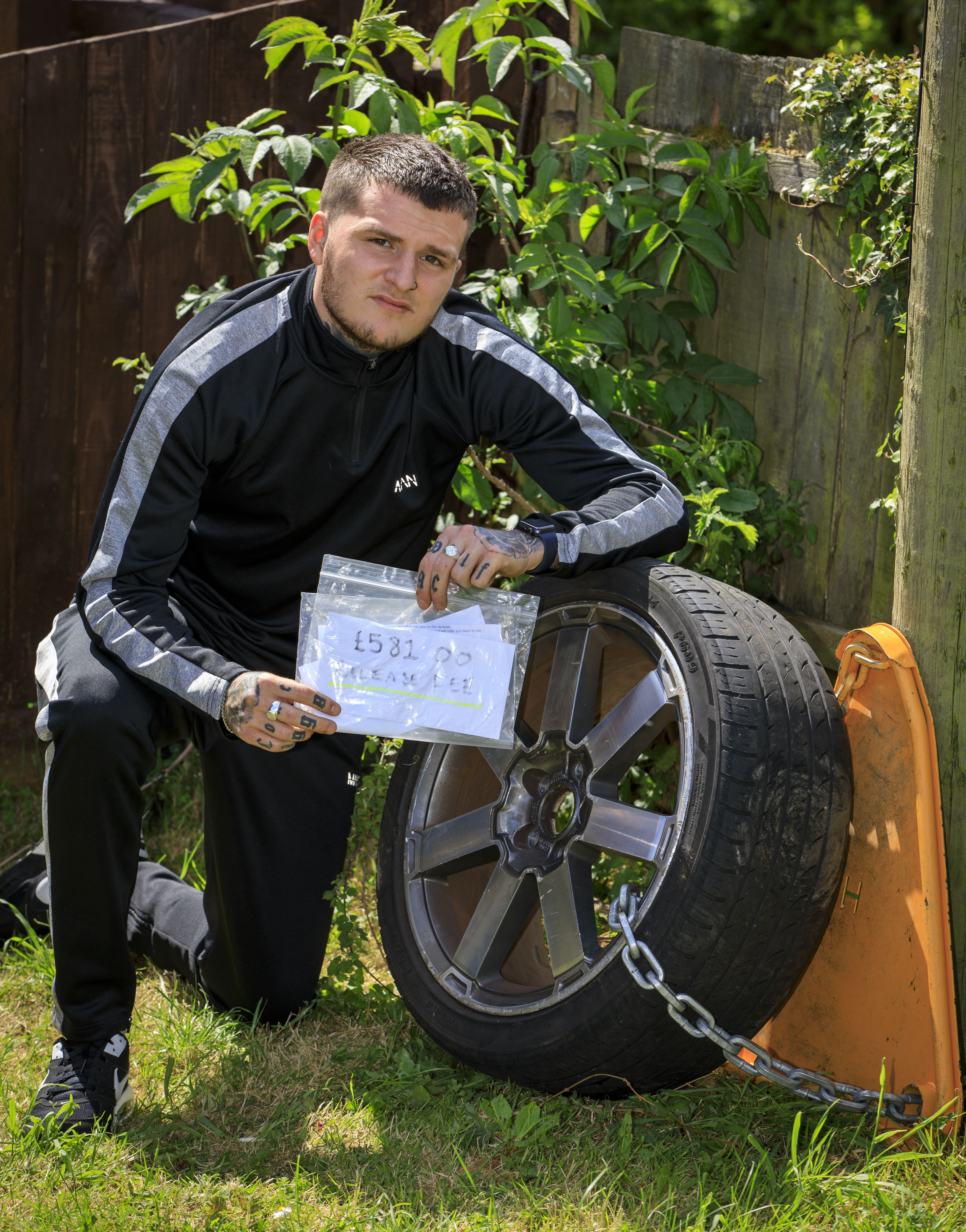 But the clamp had not been put on properly so he removed the entire wheel.

He chained and padlocked it to a telegraph pole in his garden — and fitted the spare wheel to his car.

The aircraft mechanic, who says his debt spiralled unfairly from a £75 parking penalty, is insisting the enforcement company pay him £581 to get the clamp back.

He said: ““What they are doing is completely wrong.

"The powers these people have to charge whatever they want is exploitative.”

Conor, of Colchester, Essex, picked up the £75 ticket in a county council-owned car park while shopping.

But the single dad, who relies on his car to care for his family, lost the ticket details and the charges kept rising. 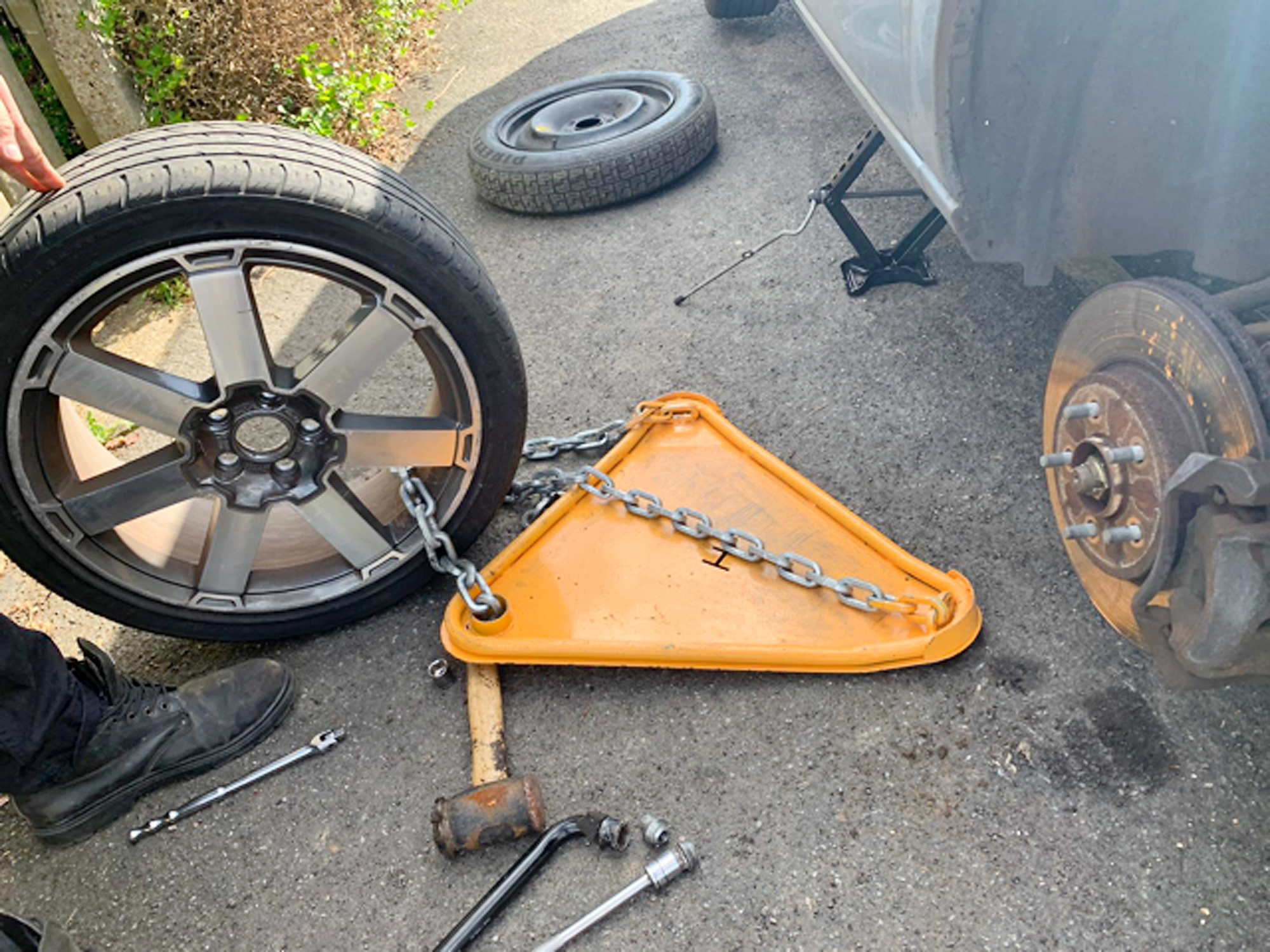 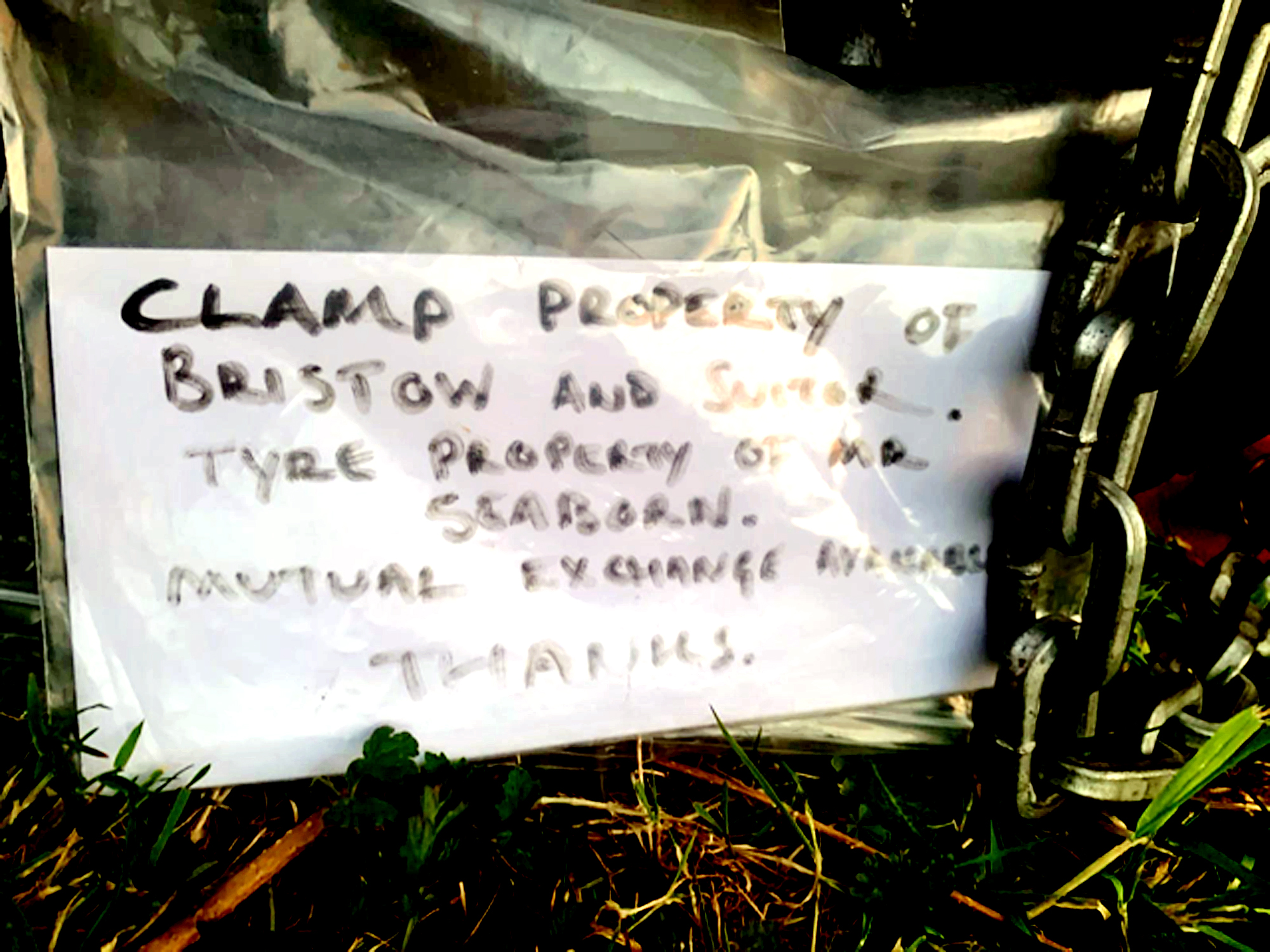 He says the clamping was not legitimate and collection agency Bristow & Sutor is hard to contact.

Conor said: “My car is a lifeline for my family. They just hide behind unfair rules and pocket the cash.”

The council says the debt may be for three offences of using a bus lane. 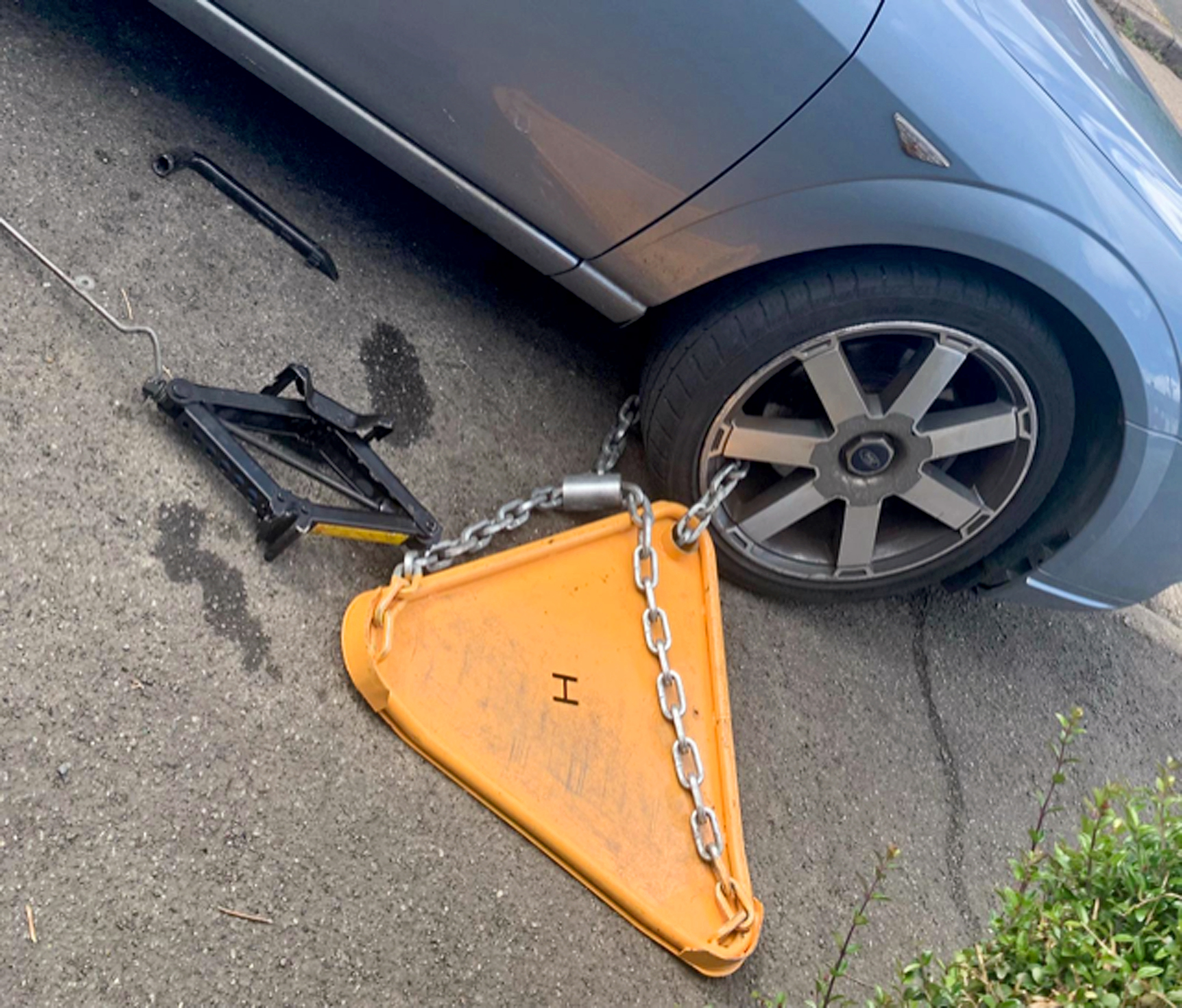