A CRAZED dad who laughed as he mowed down a teen girl three times in a bullying row over his son has been caged for 20 years.

Brett Hart used his car as a weapon as he ploughed into the 17-year-old in Clacton, Essex. 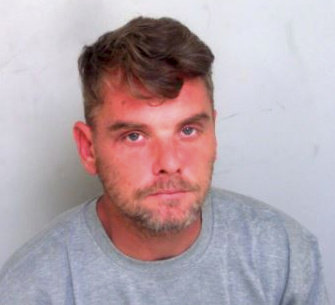 The 35-year-old then drove off laughing as victim Lucia D'or was left screaming in agony with her legs bent in "different directions".

She suffered serious life-changing injuries during the horror ordeal on August 25.

Hart has now been jailed for 20 years after being convicted of attempted murder at Chelmsford Crown Court.

Lucia told the court how she remembered the car's engine revving in a harrowing victim impact statement.

"My friend Emily went to get me and then I was on my belly, and he's run me over on my back. I've gone under, Emily's gone over.

"And then I think he's hit me, run me over again.

"I could hear revving, it was like he was forcing it to run me over – like he got stuck and revved down and kept pushing.

"I felt the proper force of his car over me."

The court was told the violence erupted after Hart's son, 17, was confronted by a group of teens over allegations of bullying.

He drove to the scene to have it out with the gang, who had been brawling with his son using baseball bats.

Lucia moved towards the group in an attempt to calm them when Hart deliberately rammed his Volkswagen Golf at the teens.

After striking the victim, he drove backwards and forwards over her broken body before fleeing.

Hart was arrested and denied attempted murder – claiming his partner was driving the car at the time of the bloodbath.

But jurors saw through his lies and he was convicted of attempted murder and two counts of attempting to cause grievous bodily harm.

Hart, who has 11 previous convictions for 26 offences, was also found guilty of driving whilst disqualified and with no insurance.

The brute was given a further five-year sentence for each of the attempted grievous bodily harm offences and six months for the driving offences with the sentences running concurrently.

Sentencing, Judge Patricia Lynch QC said: "Mr Hart you have shown little or no remorse and the jury has found in driving that car you had an intent to kill.

"The serious aspects of this case are the fact you did use your car as a weapon, you did drive it towards a group of unarmed youths and you not only struck Lucia once, but you drove over her three times and she is but 17 years of age.

"You have seen not only the pain and suffering she has had to go through but the physical affect upon her and she now, because of her disability, feels ashamed to go out and embarrassed because of what happened to her.

"Goodness knows it could have been much, much worse."

Det Con Darren Buckingham added: "This was a horrific, deliberate attempt by Hart to seriously hurt four people, and will have a lasting impact on the victims, both mentally and physically.

"He had no regard for his victims and has been punished for his actions.

"Hart was not someone who needed to be protected, but needed to be brought to justice and thankfully this is the case."