The Radio 2 host, whose daily commute to and from his studio involves a 13-mile round trip, posted a video on Twitter of a van whizzing past him at 5.50am this morning. 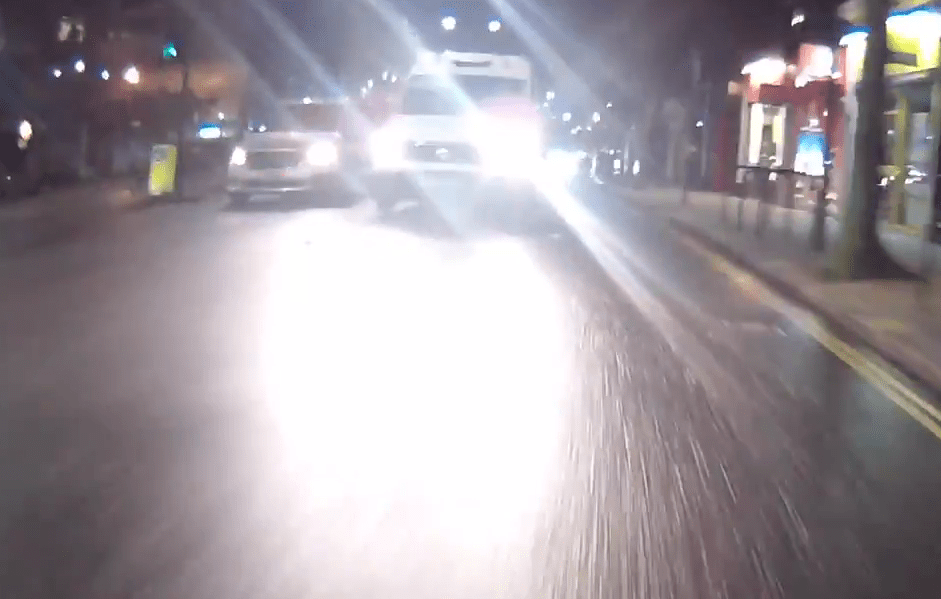 He wrote: “Five-fifty this morning but apparently there’s still not enough space on the roads.”

Responding to his tweet today many sympathised with the TV host.

Julia Wilde wrote: “It makes my blood boil, such arrogance on the road.”

Iain Cliff said: “I stopped cycling for that reason! Your videos gain media attention but sadly nothing will be done until you are seriously hurt or worse.”

“Very scary…there doesn’t seem to be any consideration on the roads anymore”, Peter Cooper said. 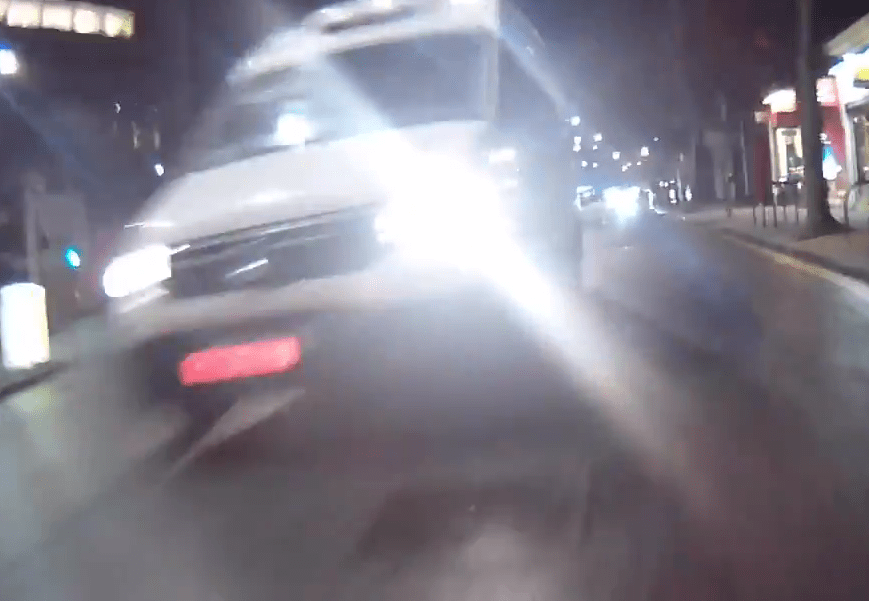 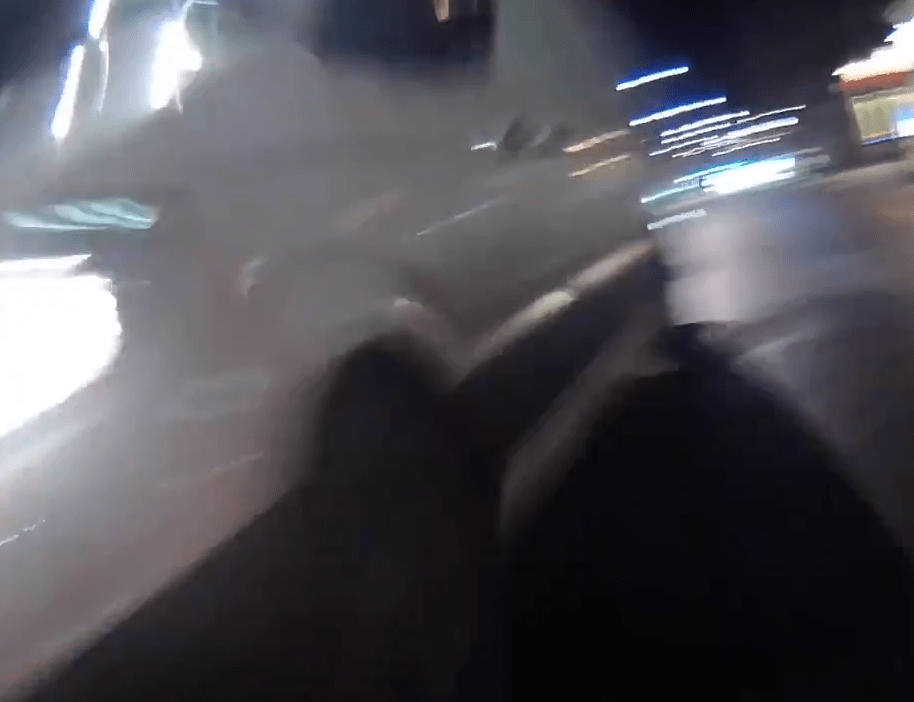 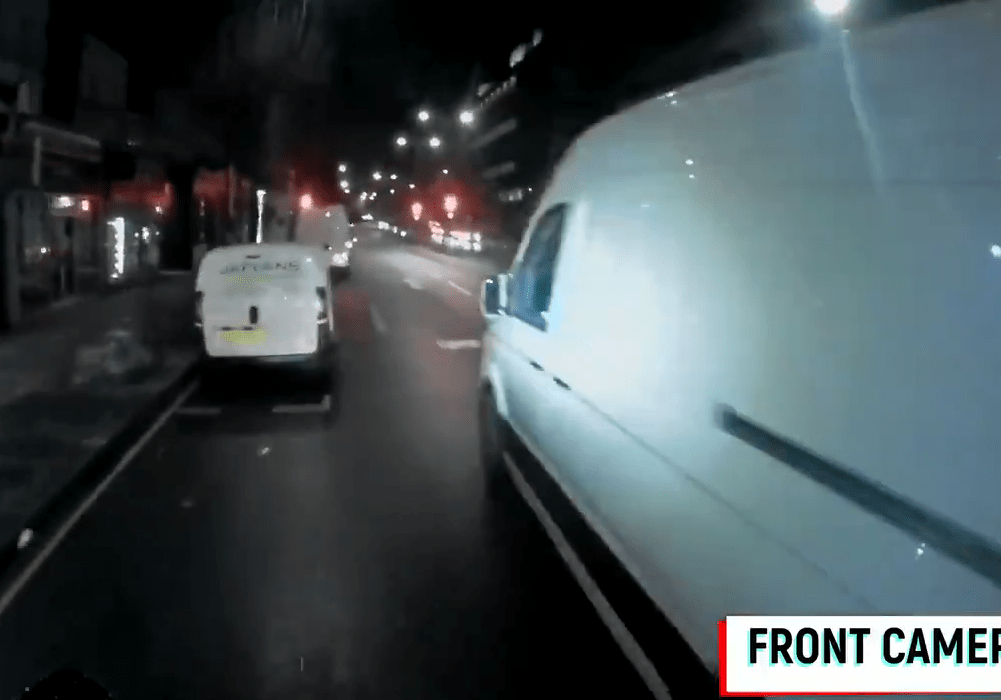 However some claimed the van had stayed in the correct lane and pinned the blame on Mr Vine.

One tweeter wrote: “The van was in your lane…you made it take evasive action.”

Graeme Purvis said: “The van was staying in lane. You seem to have pulled out to manoeuvre round the parked vehicles.”

The presenter prerecords part of his new Channel 5 consumer show – formerly The Wright Stuff – before dashing across town to fulfil his BBC Radio 2 duties.

Mr Vine has previously said the “biggest single threat” to his life was getting hit on his bike.

He said: “I have two young daughters and I would quite like them to get through their teenage years with a father.”

He has claimed to film up to 40 driving offences every day as he cycles into work.

He has said road layouts in the capital should be changed to keep cyclists safe from “angry, dangerous drivers.” 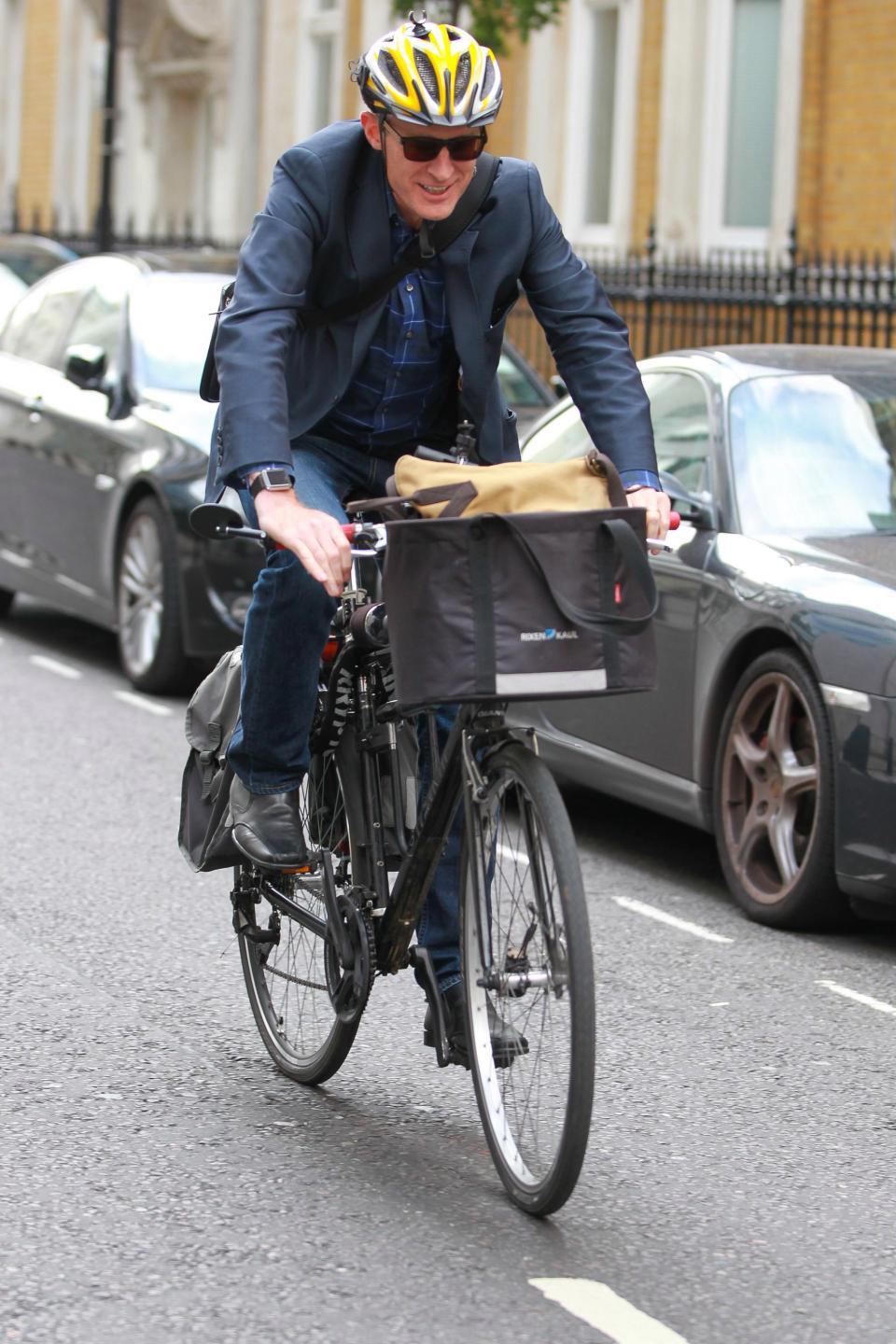 Two years ago the BBC presenter was on the receiving end of a road rage incident in west London.

The confrontation between Shanique Syrena Pearson and the broadcaster in London was captured on his helmet camera and has been viewed online millions of times.

Pearson, 22, threatened to knock out the journalist and screamed insults at him as he cycled home from work to Chiswick in west London.

She was jailed for nine months in April 2017 after Mr Vine said he felt “in danger” at the time.

Mr Vine aside from helping to convict Pearson, his videos have led to one person being sent on a driver awareness course and another being fined £3,000 for knocking him off his bike.

Last month the 53-year-old said the BBC should drop the name “Drivetime” from Radio 2 because it encourages driving in “post-car Britain”.
He complained the phrase was celebrating “a form of transport that kills 1,700 people a year”.