The purr-fect reaction! Curious cats jump out of their skins when a remote control toy car suddenly moves

These curious cats got the fright of their lives when they started playing with a toy car.

The fluffy foursome nearly jumped out of their skin after one of the brave cats tapped the toy with its paw.

All the cats were shocked when the car started to move, with one of the cats nearly performing a back-flip. 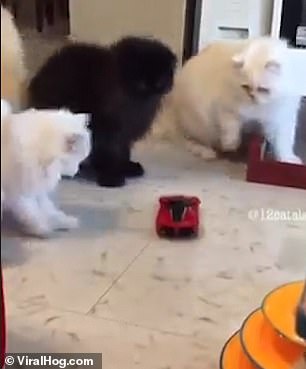 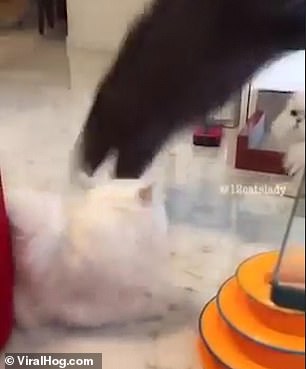 The cats can be seen looking intently at the toy car (left) but after one of the kitten’s touches it, they all jump back scared (right)

When the kittens calmed down, the intrepid animal which first touched the toy makes its way over to the car again to take it for another spin.

The four cats are part of a family of 12 who belong to Michelle, who lives in Japan.

She posts videos and pictures on her Instagram page 12 Cats Lady, showing the day-to-day lives of the adorable brood.

Michelle, who described herself on Instagram as a ‘mother of 12 floofs’, told Daily Mail Australia her love of felines started when she found an abandoned cat on the street. 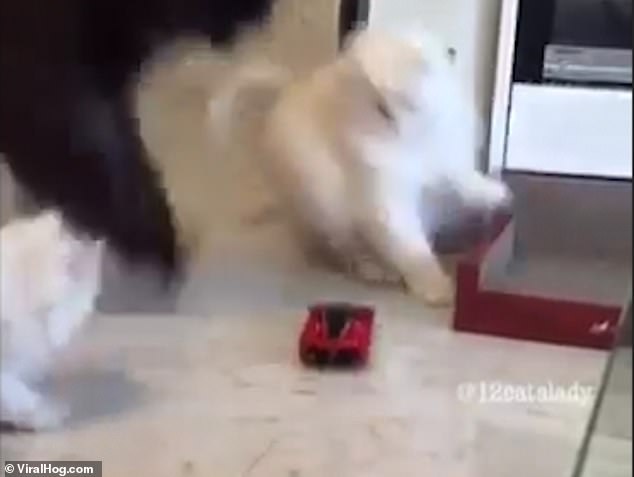 ‘We found our first cat Yuki in the middle of the road meowing and freezing one night on December 30, 2010,’ she said.

Little Yuki appeared lost, and as it didn’t have a name tag or microchip, they took it home.

After falling in love with Yuki they decided to get one more as company, but unable to choose between two, promptly adopted both Momo and Shou.

‘Momo was weak and sick when we got her and Shou was so dirty and his fur is matted we needed to shaved him [sic],’ Michelle said. 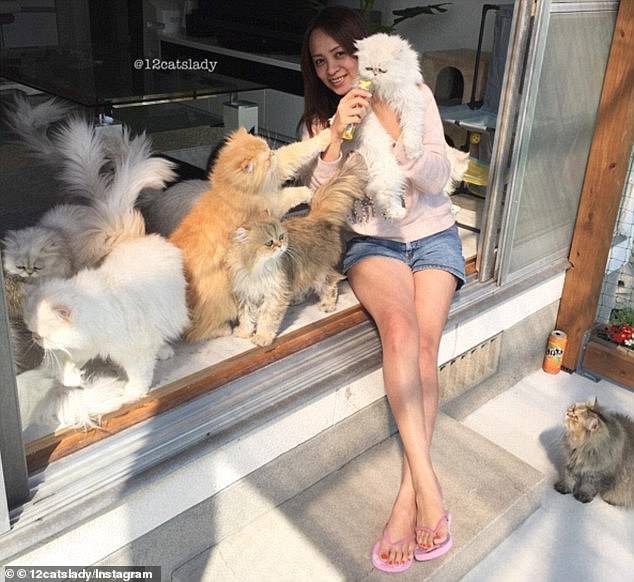