CUBA Gooding Jr. has been accused of raping a woman twice in a New York City hotel room while playing Mumford & Sons, according to a civil lawsuit.

Court papers say the alleged August 2013 attack has left the woman with “emotional pain, suffering, and a loss of enjoyment of life". 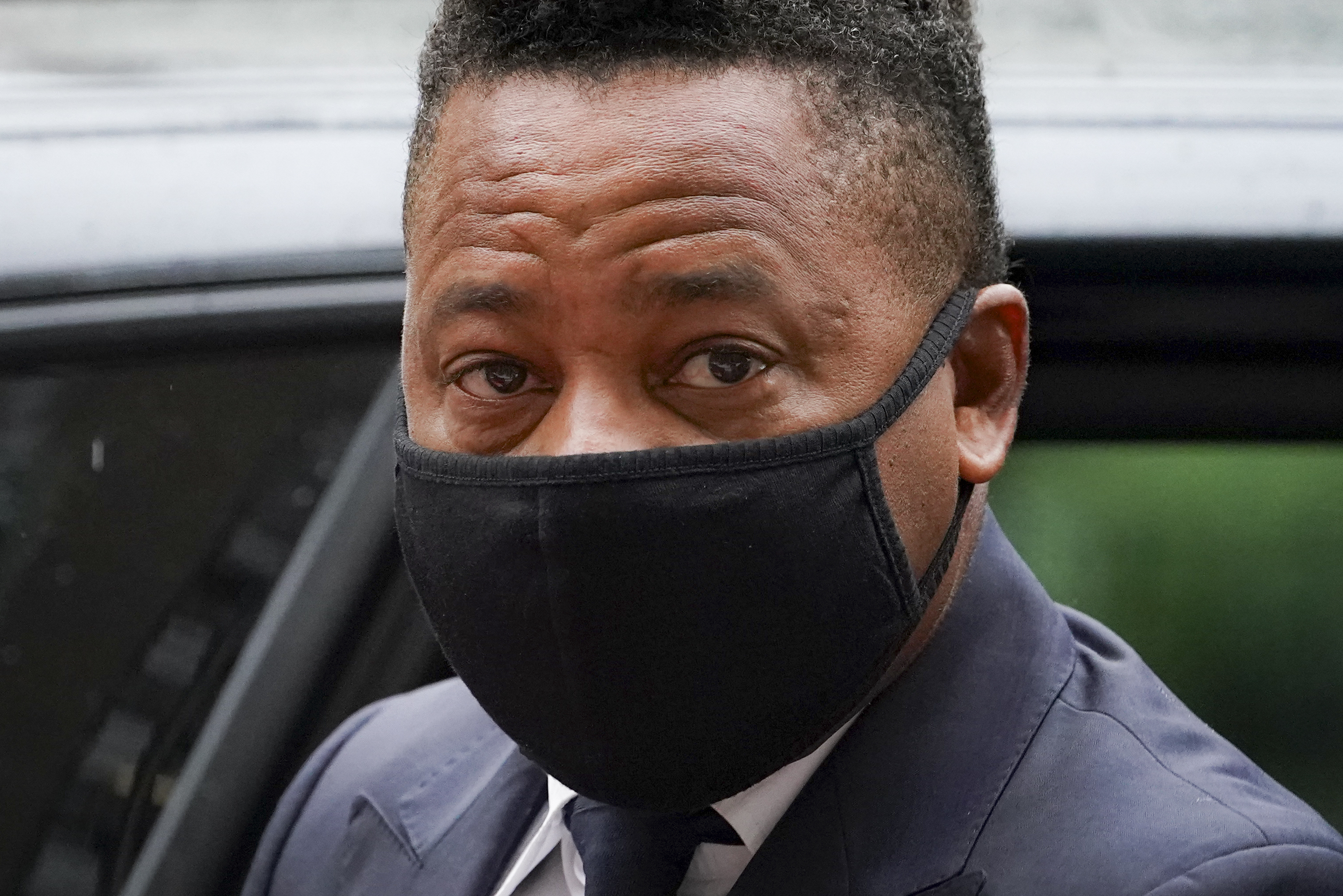 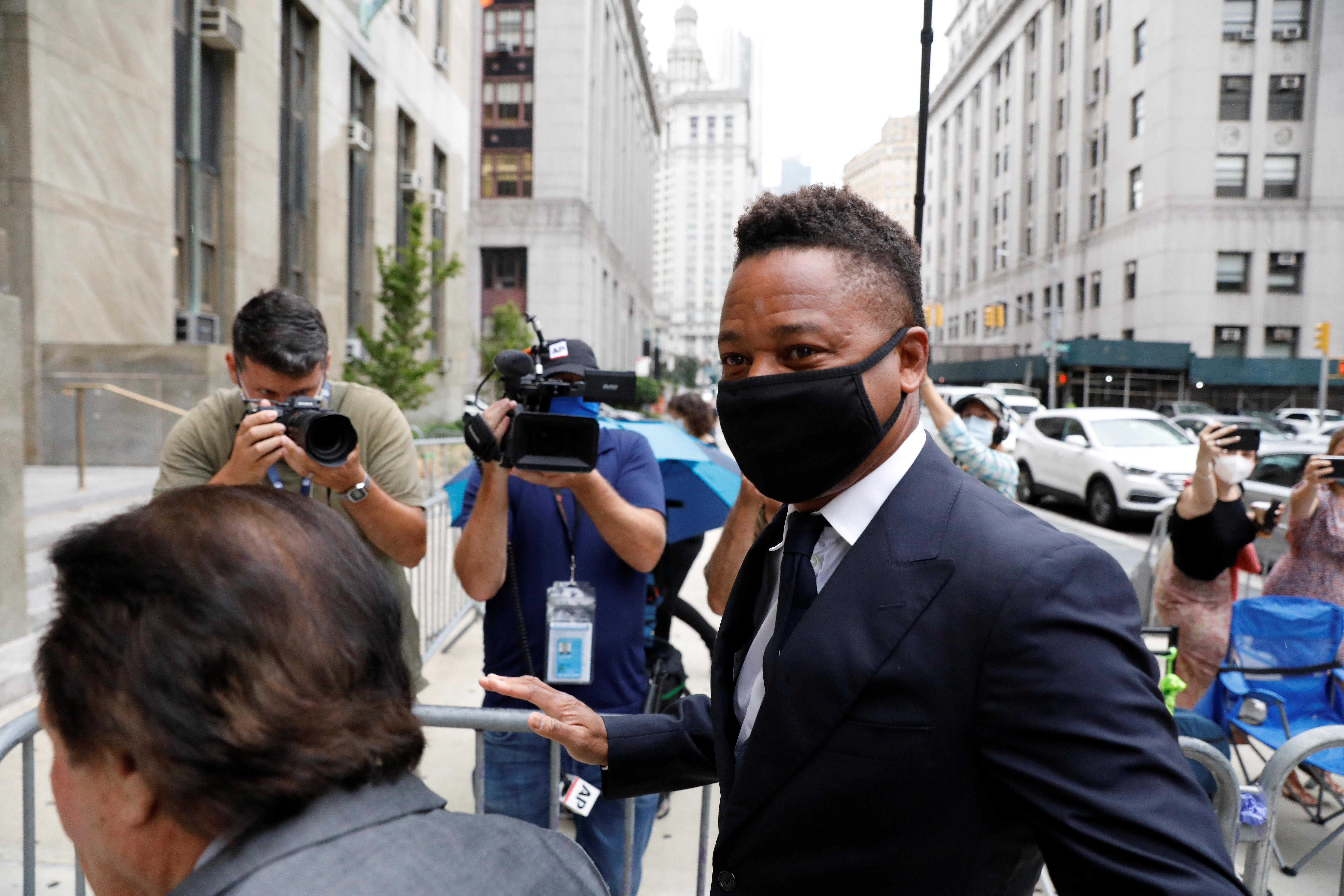 The woman is seeking a jury trial as well as compensatory and punitive damages.

Her lawsuit alleges that the Jerry Maguire actor assaulted the woman, identified in court papers as “Jane Doe” to protect her privacy, after she met him at a Greenwich Village VIP lounge.

The federal lawsuit said the woman agreed to accompany Gooding to a nearby SoHo hotel.

They were to be joined at the hotel’s ground-floor bar and restaurant by Gooding’s pals and a friend of the woman, who was with her when she met the star.

But when they arrived at the hotel, Gooding allegedly convinced her to go upstairs with him to a room, saying he wanted to quickly change his clothes, the lawsuit said.

Instead, he put on music – Mumford & Sons – and allegedly attacked her, taking off her clothing and sexually assaulting and raping her twice, the lawsuit said.

The court documents also allege that Jane Doe told Gooding during the attacks “‘no’ numerous times but he wouldn’t stop.” 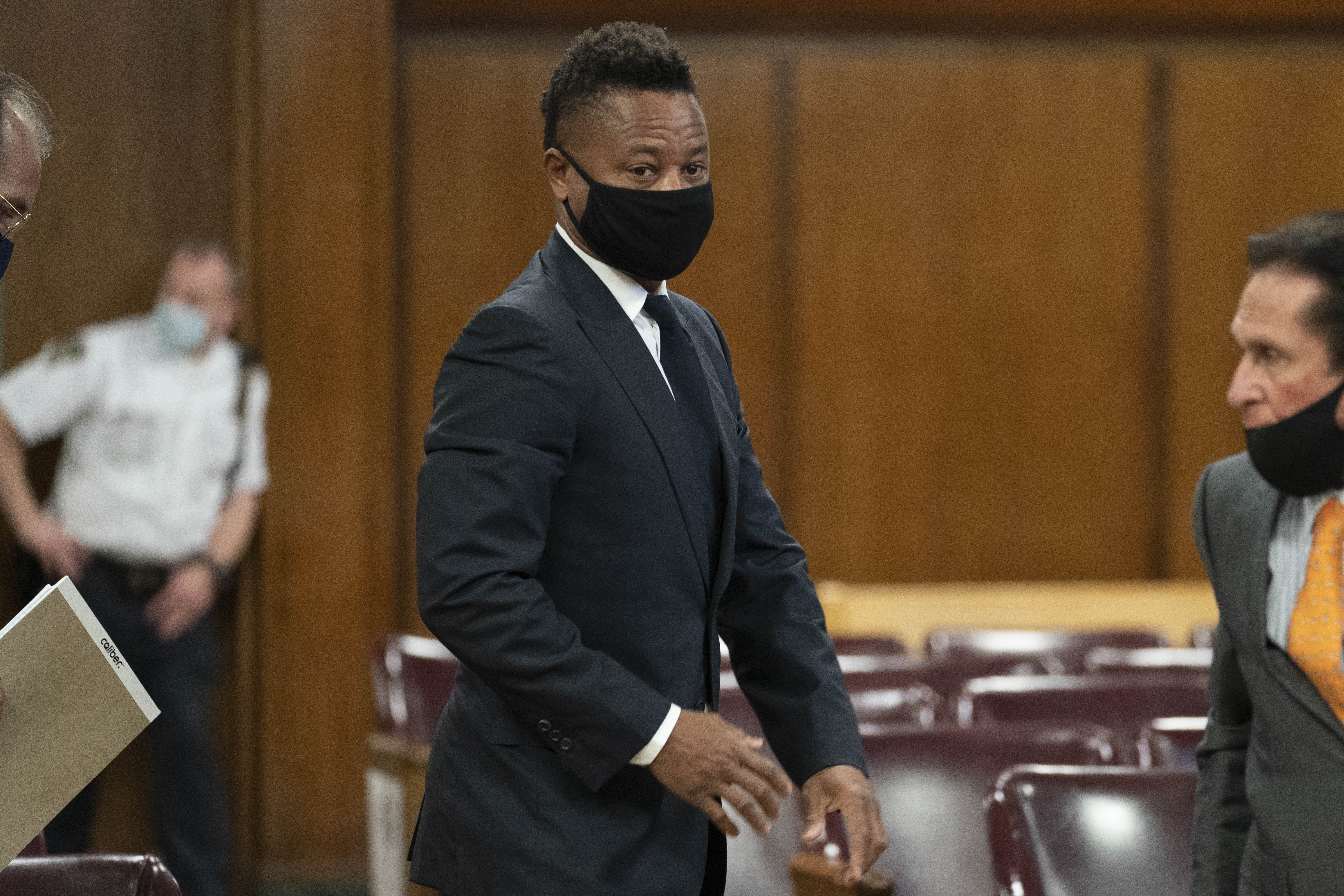 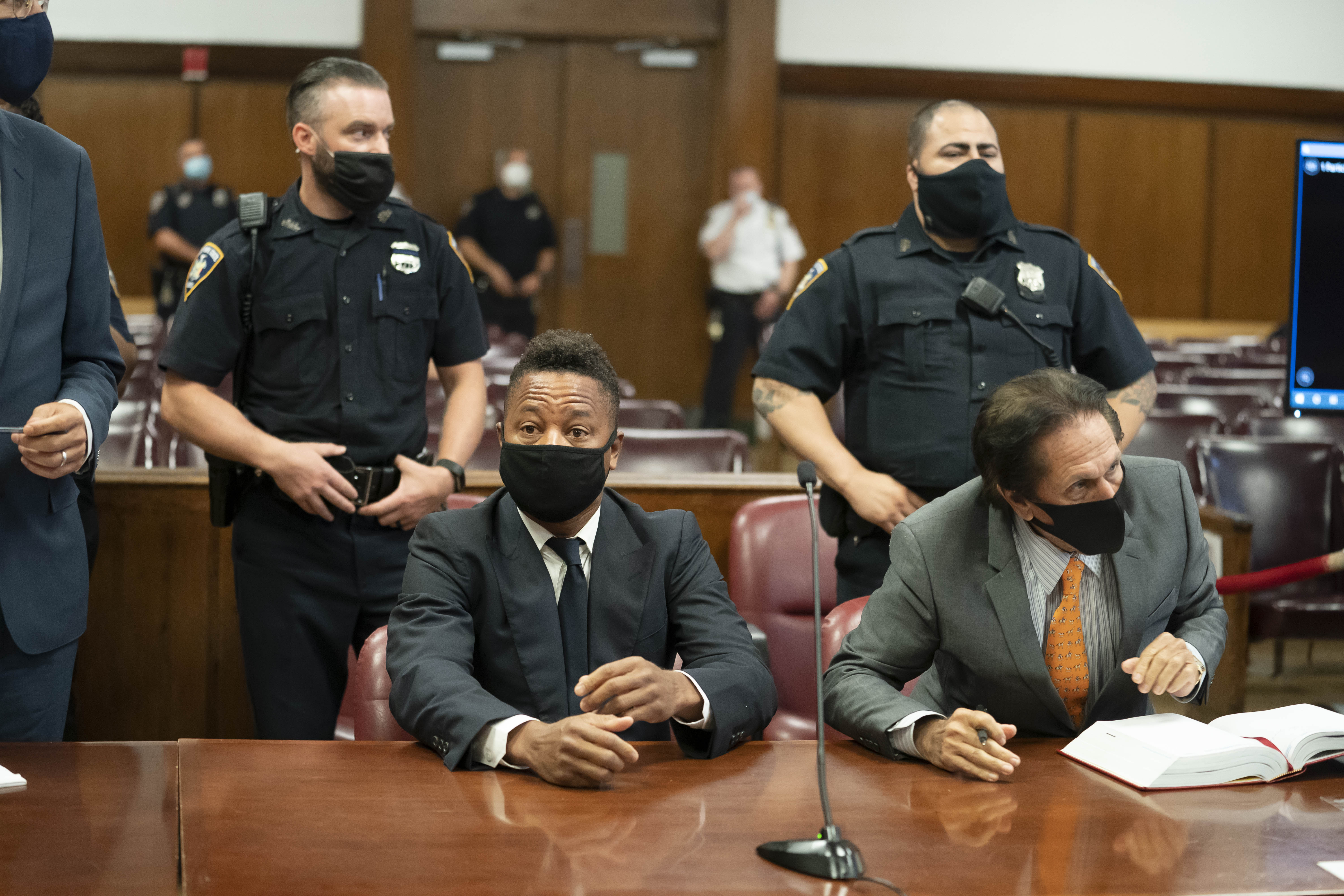 The Daily Beast reports that after the alleged assault, Jane Doe said she had to meet her pal, and she “hurriedly left the hotel,” the suit adds.

Gooding appeared last week in Manhattan state court, where he has pleaded not guilty to six misdemeanor charges of forcible touching and sexual abuse.

If convicted, he faces up to a year behind bars.

“And my client is totally innocent of any of these false allegations and we’re confident it will be dismissed.

“She’s probably just somebody who’s looking for some glory to bask in the publicity and notoriety of Cuba Gooding Jr.’s case." 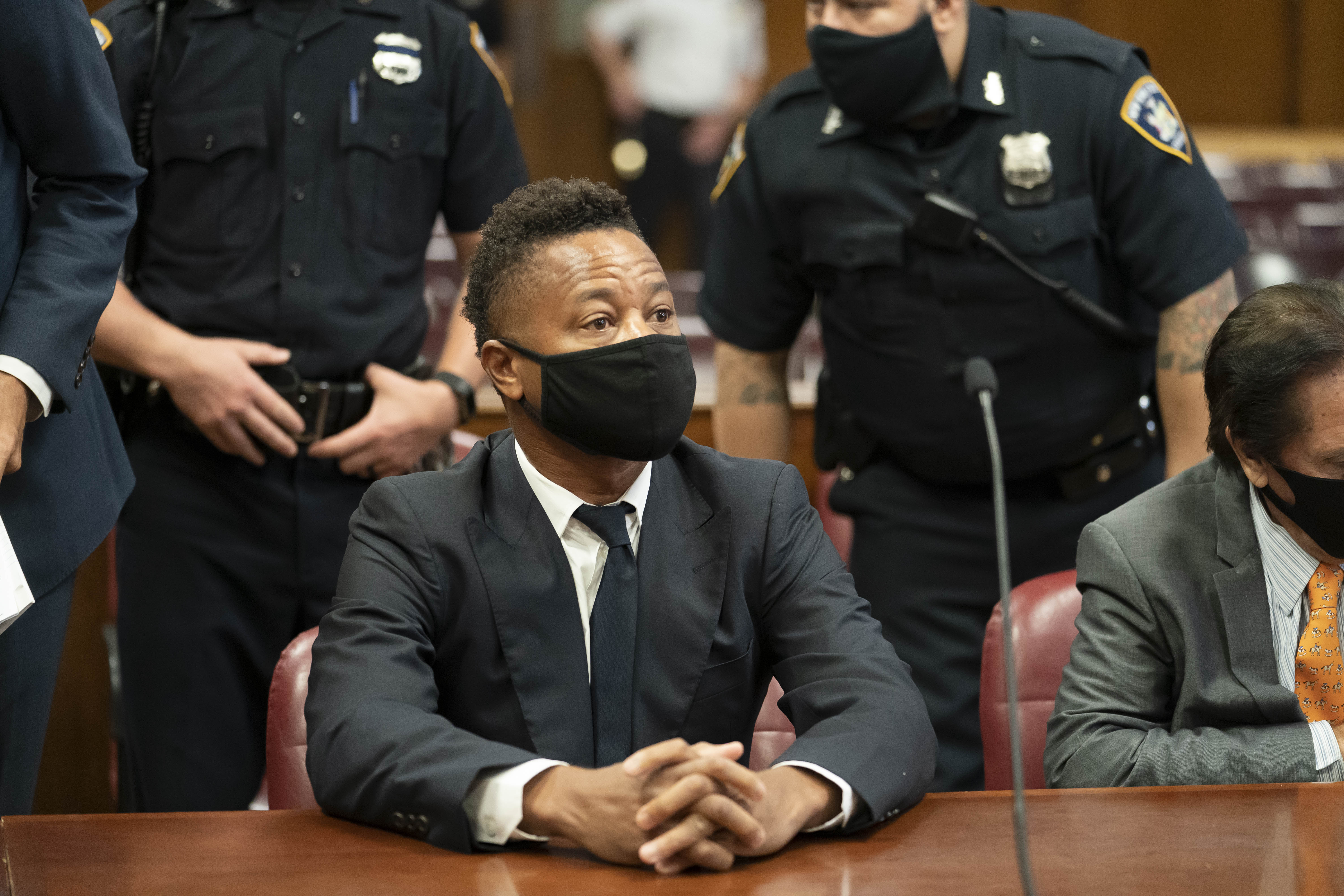 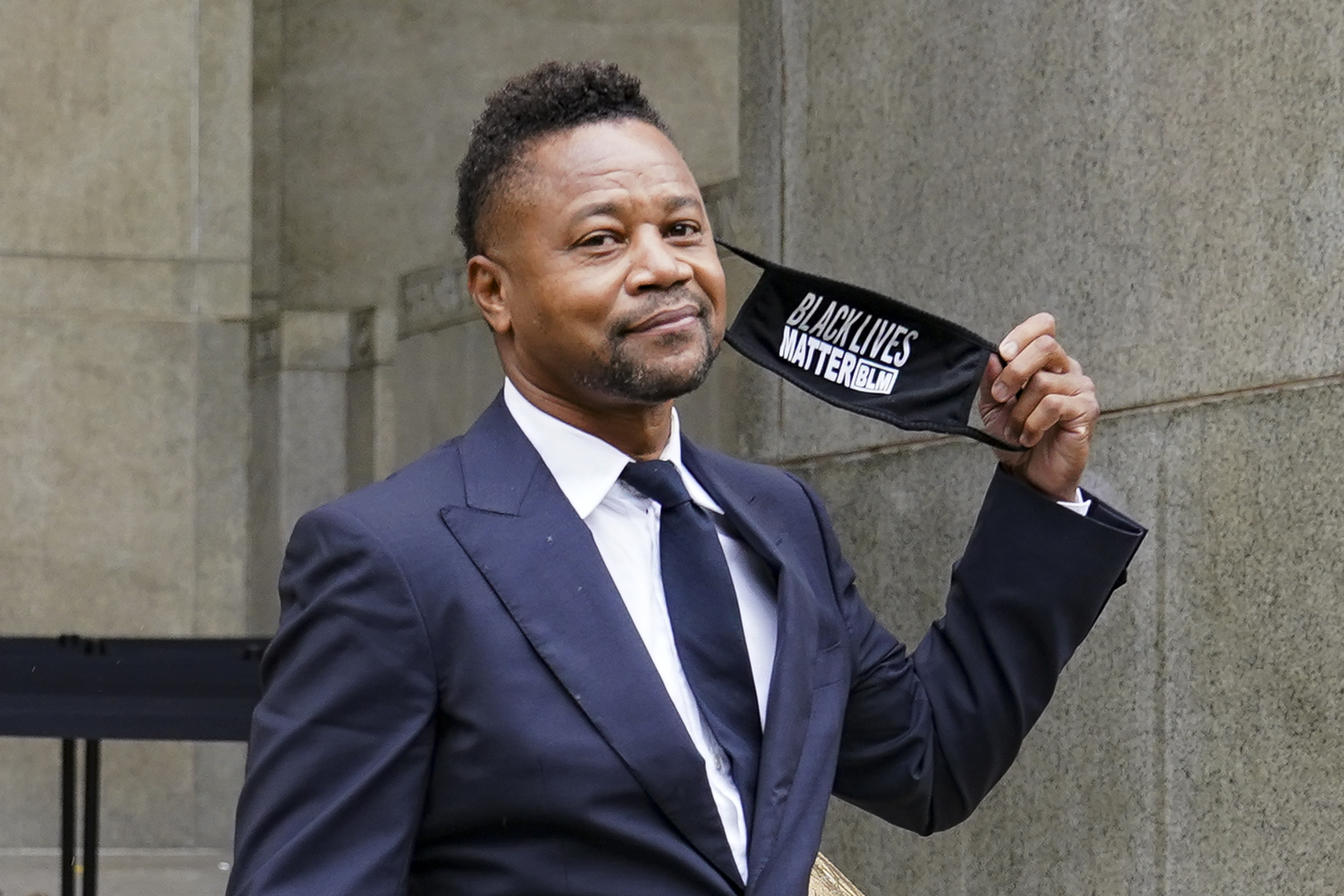 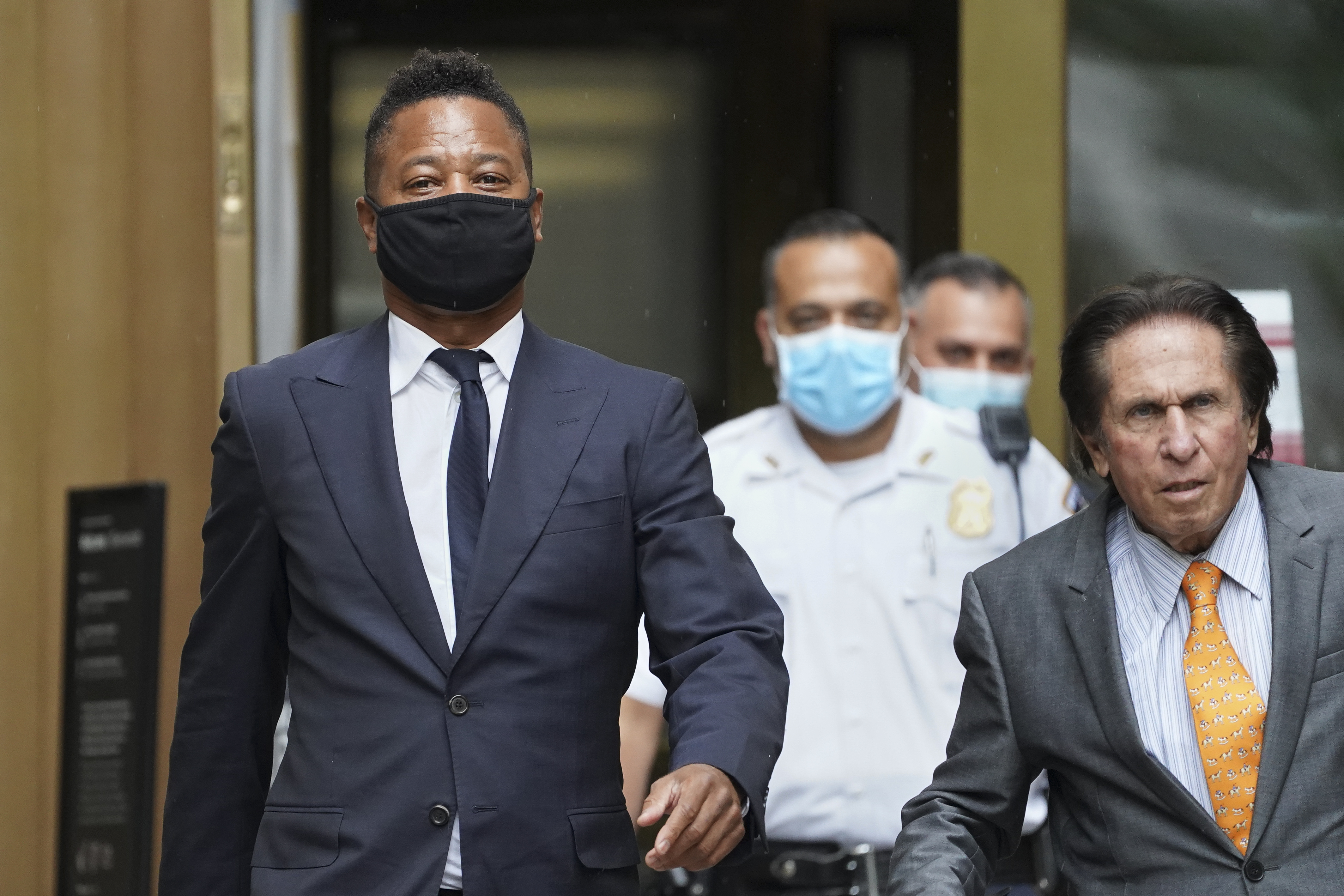 After Gooding pleaded not guilty, his attorney told news agency Reuters: “The allegations are false.

"It’s an event that took place seven years ago.

"No complaint was ever lodged. We believe the allegations and the complaint will be dismissed."

According to court papers, the August 2013 attack has left the woman with “emotional pain, suffering, and a loss of enjoyment of life.” The suit seeks unspecified damages.

State prosecutors say more than two dozen women have made claims against Gooding since allegations first arose against him.

The actor already faces misdemeanor criminal charges of sexual abuse and forcible touching related to claims women have previously made against him.

He has previously pleaded not guilty to those charges.

Gooding, 52, won a best supporting actor Oscar in 1997 for the film “Jerry Maguire”.

He is known for roles in movies including “A Few Good Men” and “The Butler” and in the TV miniseries “The People v. O.J. Simpson.”

In 2019, the actor pleaded not guilty in New York to charges of groping three different women in incidents in nightclubs in the city 2018.

Those criminal cases have yet to be resolved. 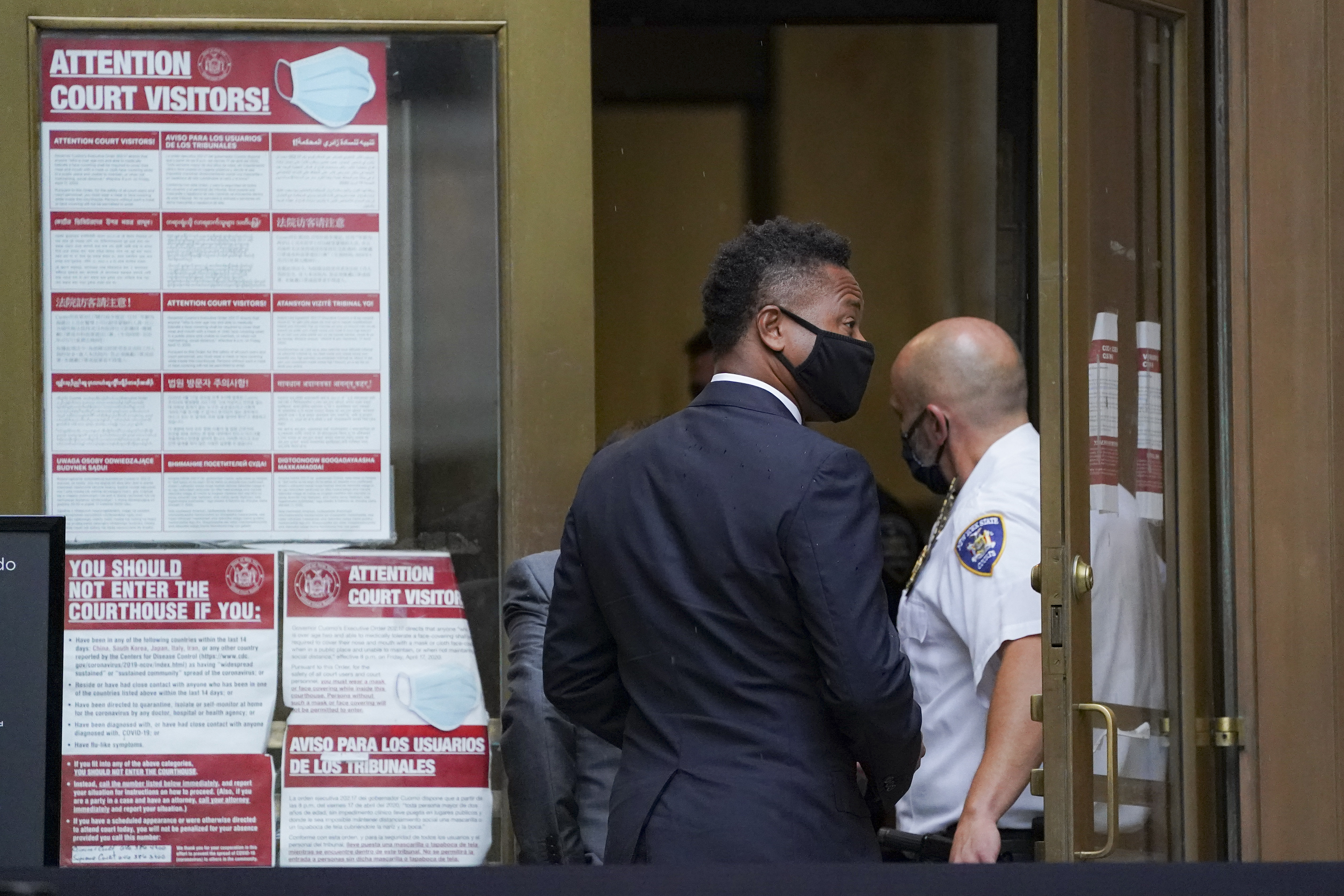 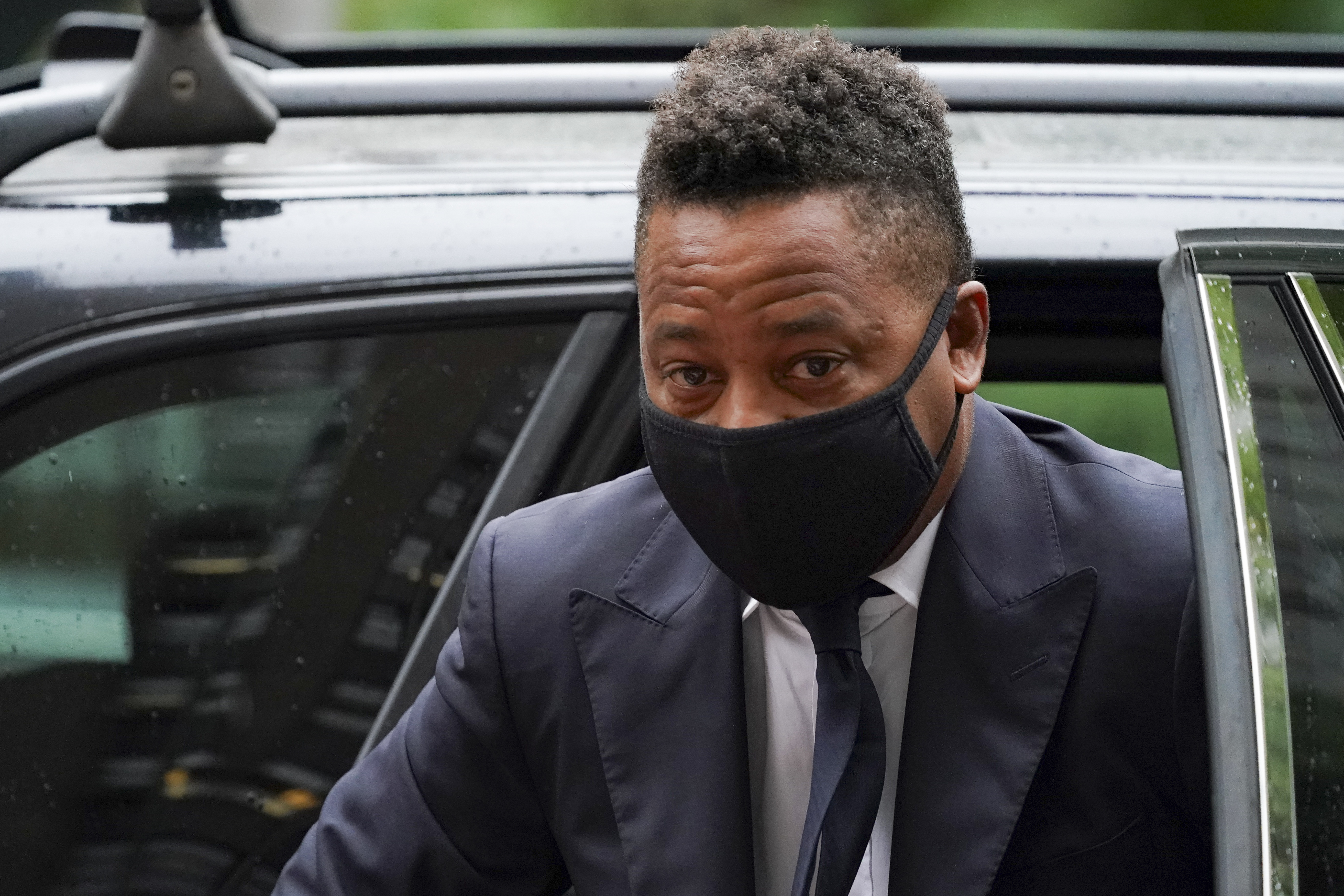 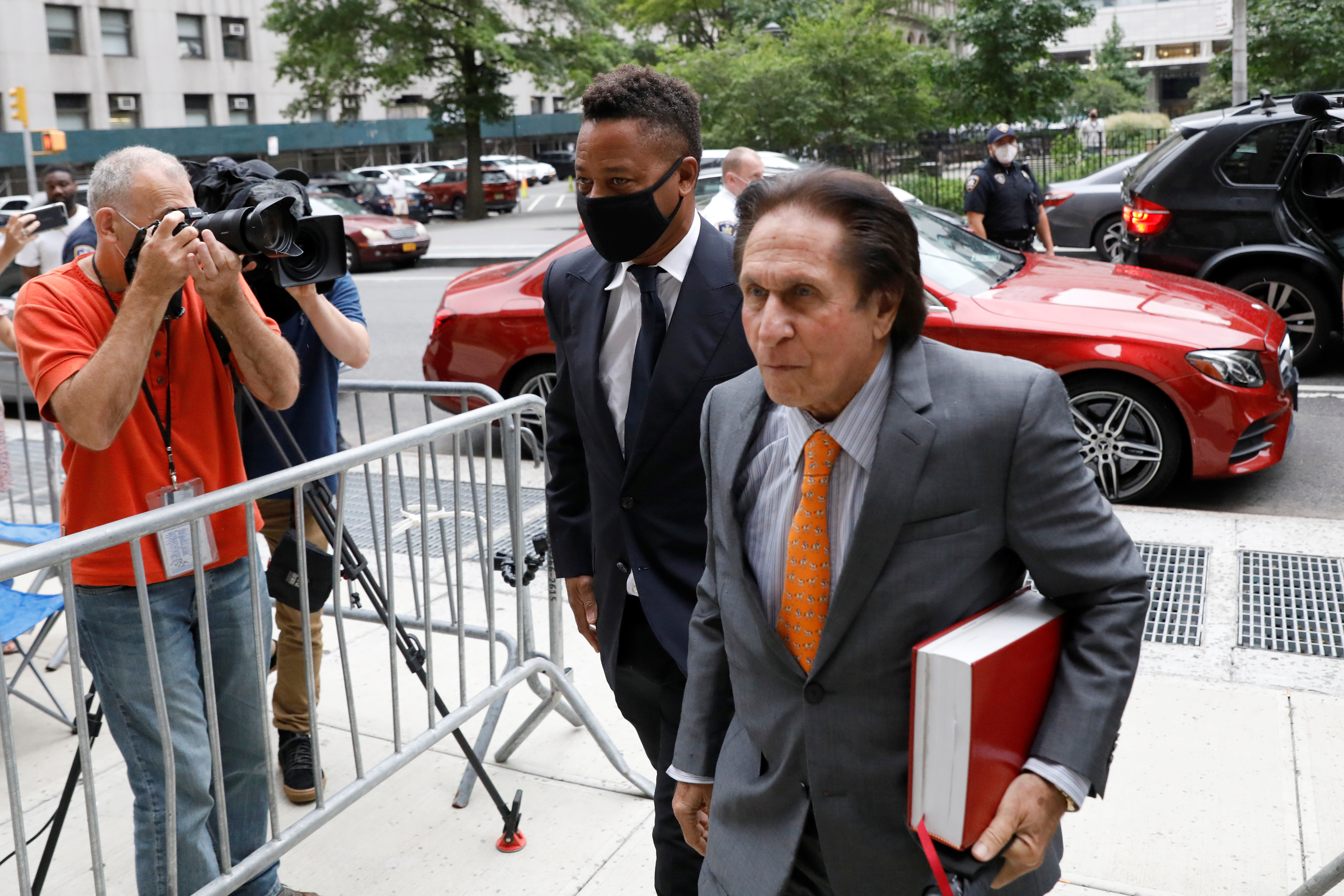