COVID wedding restrictions are set to remain in place for an extra four weeks as Boris Johnson is expected to delay “freedom day" until July 19.

Face masks, social distancing and limits on numbers are set to stay for brides and grooms as the Prime Minister fears the "super spreading" events. 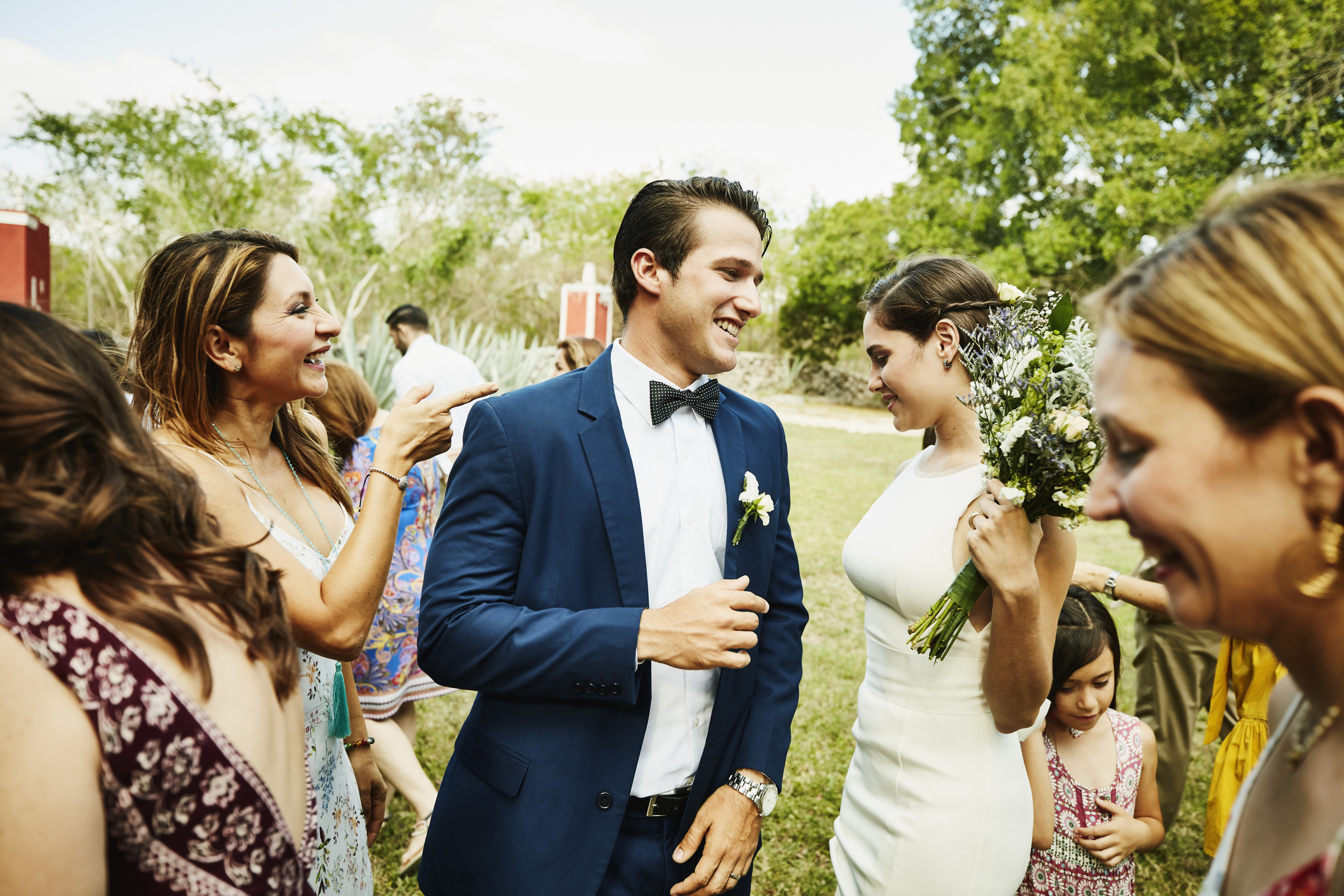 Senior government sources told the Telegraph the 30-person limit for ceremonies would have to remain for now after officials from Matt Hancock's health department warned they could become "super-spreader" events.

The changes will affect around 50,000 couples who booked their nuptials for the four weeks after June 21 – the day all restrictions were set to lift.

It means numbers will continue to be capped at 30 guests, while those attending will still have to wear face masks unless they are eating or drinking.

Apart from the couple's first dance, dancing is also still expected to be advised against "due to the increased risk of transmission".

Under current rules, guests do not need to sit at socially distanced tables, but they are advised to be "cautious" about contact with different households.

Ministers are reportedly considering making wedding rules more similar to those for funerals, where restrictions on numbers are based on how many people a venue can safely accommodate with social distancing.

However, indoor wakes are still limited to 30 people, suggesting receptions after the wedding itself could still be limited to 30 – even if more can attend the ceremony.

Sarah Haywood, from UK Weddings Taskforce, told The Telegraph businesses in the industry would "collapse" as a result of the delay to any kind of lift because "we have reached the end of the runway".

She said more than 50,000 weddings were booked for the four weeks after June 21 – many of whom had postponed their Big Day from previous lockdowns.

Ms Haywood said: "In every single meeting with Government, they said they were on track for unrestricted reopening, and when we pressed them for a contingency plan they wouldn't discuss it."

She added that 30,000 couples had already paid for their weddings in full and wedding firms would now be left having to refund at least some of that money.

The Government has said compensation would not be available.

It comes after The Sun revealed last night that the Government is set to delay lifting restrictions on June 21 – after cases of the mutant Indian strain exploded by 240 per cent in just a week.

Under plans drawn up to be announced on Monday, a two-week review will be included meaning Covid restrictions could be dropped on July 5 if hospitalisations stay down.

Multiple sources told the Sun the chances of lifting restrictions as planned on June 21 were close to zero.

Whitehall sources involved in the planning point to the fact that all UK adults will have been offered at least one jab by the end of July, with a short delay considered far better than having to U-turn and reintroduce restrictions.

One source said: “The last thing they need is a hokey cokey of in out, in out of restrictions.

“No one wants to go backwards, and we have to get this right first go.”