CORONAVIRUS cases have either remained flat or increased in a majority of states over the last week as the US recorded a grim new one-day record of infections.

The number of COVID cases spiked or stayed the same in 48 states from June 23 to June 30 and three of those states – Arizona, Georgia, and Texas – reported record-high numbers. 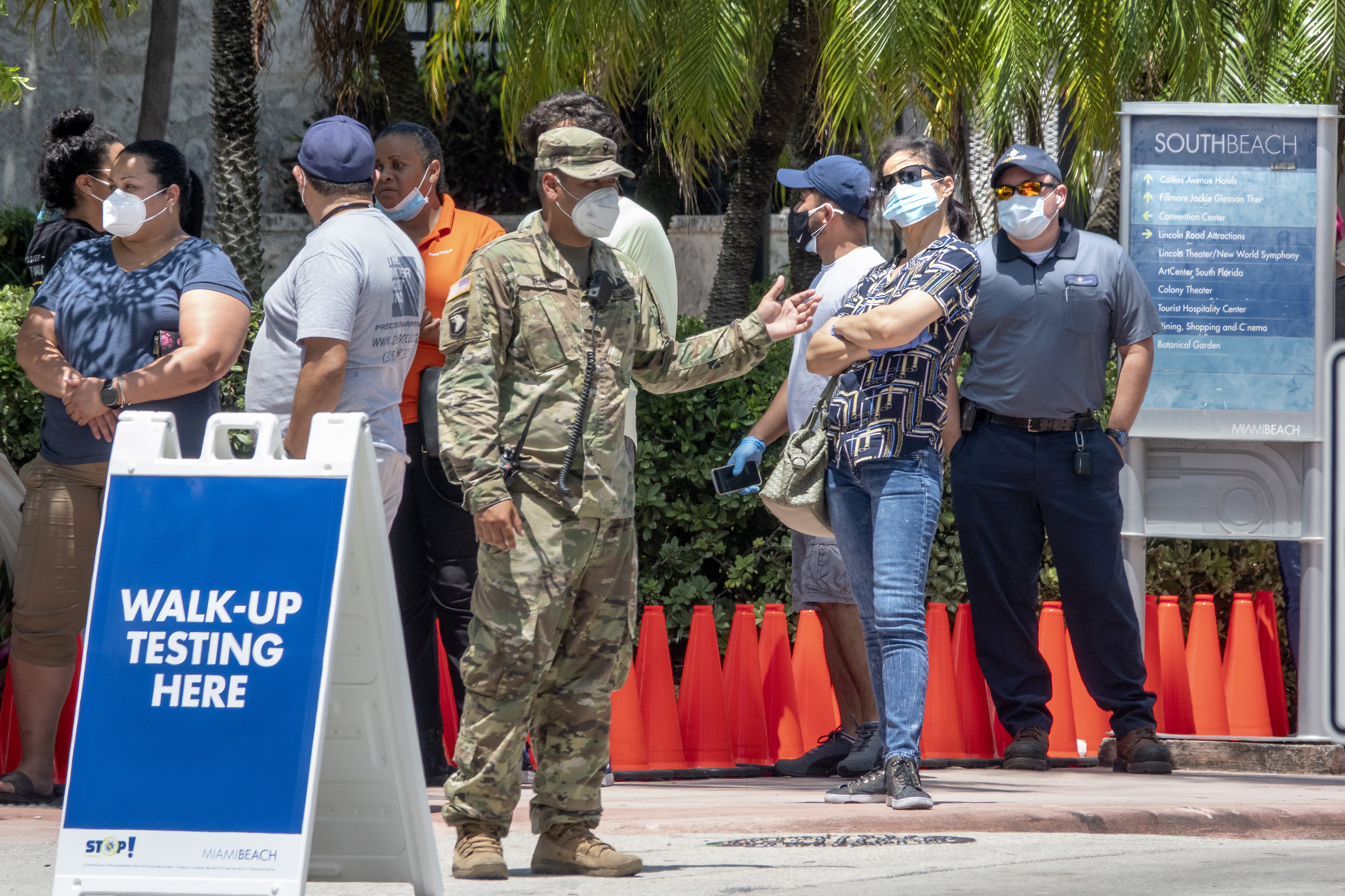 Although the huge increase in testing could account for the spike, case numbers exceeded testing growth in 36 states, meaning that the skyrocketing cases aren't from testing alone, an Axios analysis found on Thursday.

The US reported more than 52,000 new coronavirus cases on Wednesday, a new one-day record as the total number of infections continues to climb past 2.6 million, data from Johns Hopkins University shows.

At least 128,000 Americans have died from the virus as of Thursday morning.

Hospitalizations are increasing in several cities including Los Angeles, where health officials told the LA Times that the county's hospital system could be overwhelmed if the outbreak worsens.

The worrisome spike in coronavirus cases has forced states like California, Florida, and Texas to pause their reopenings. 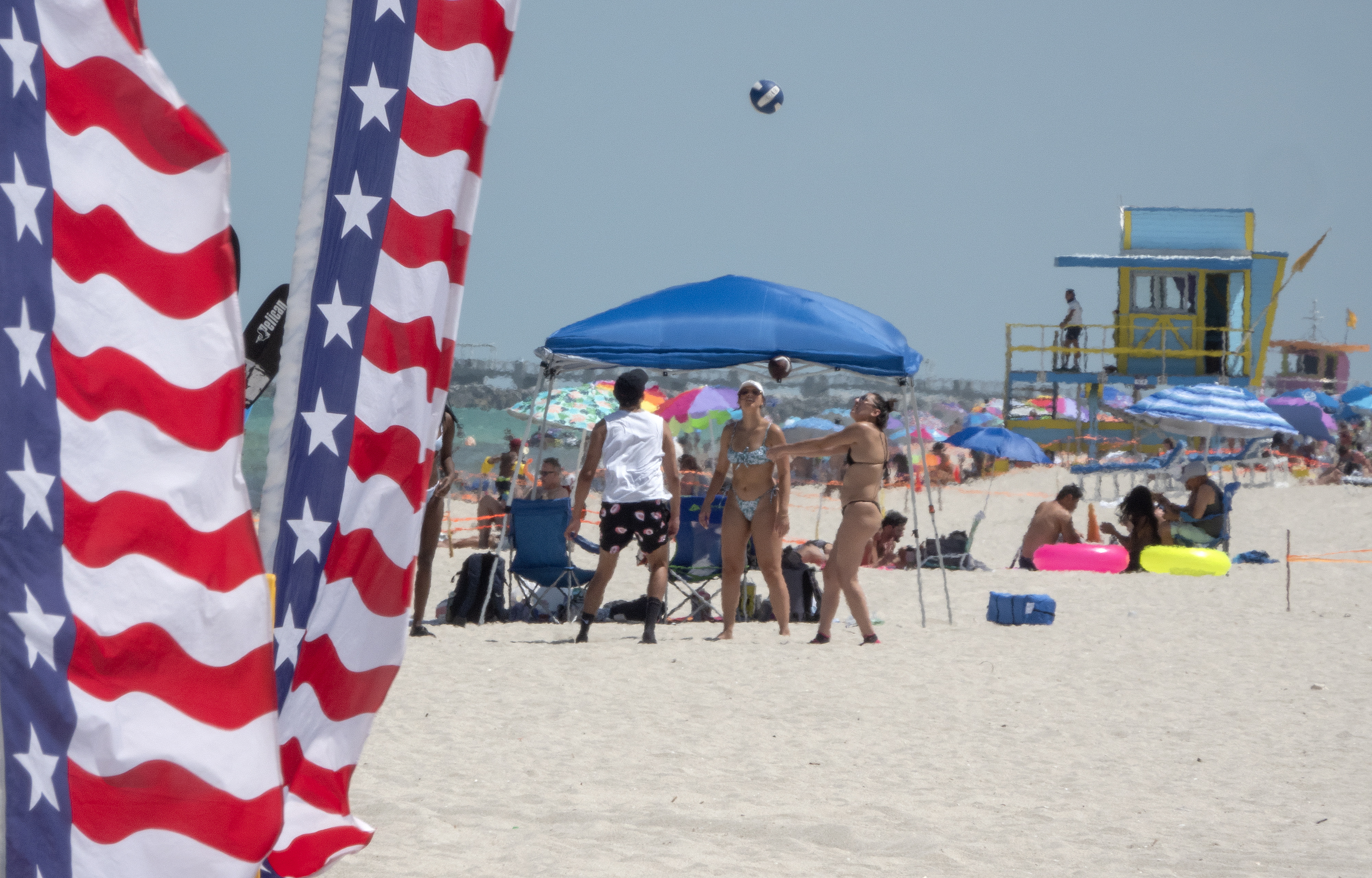 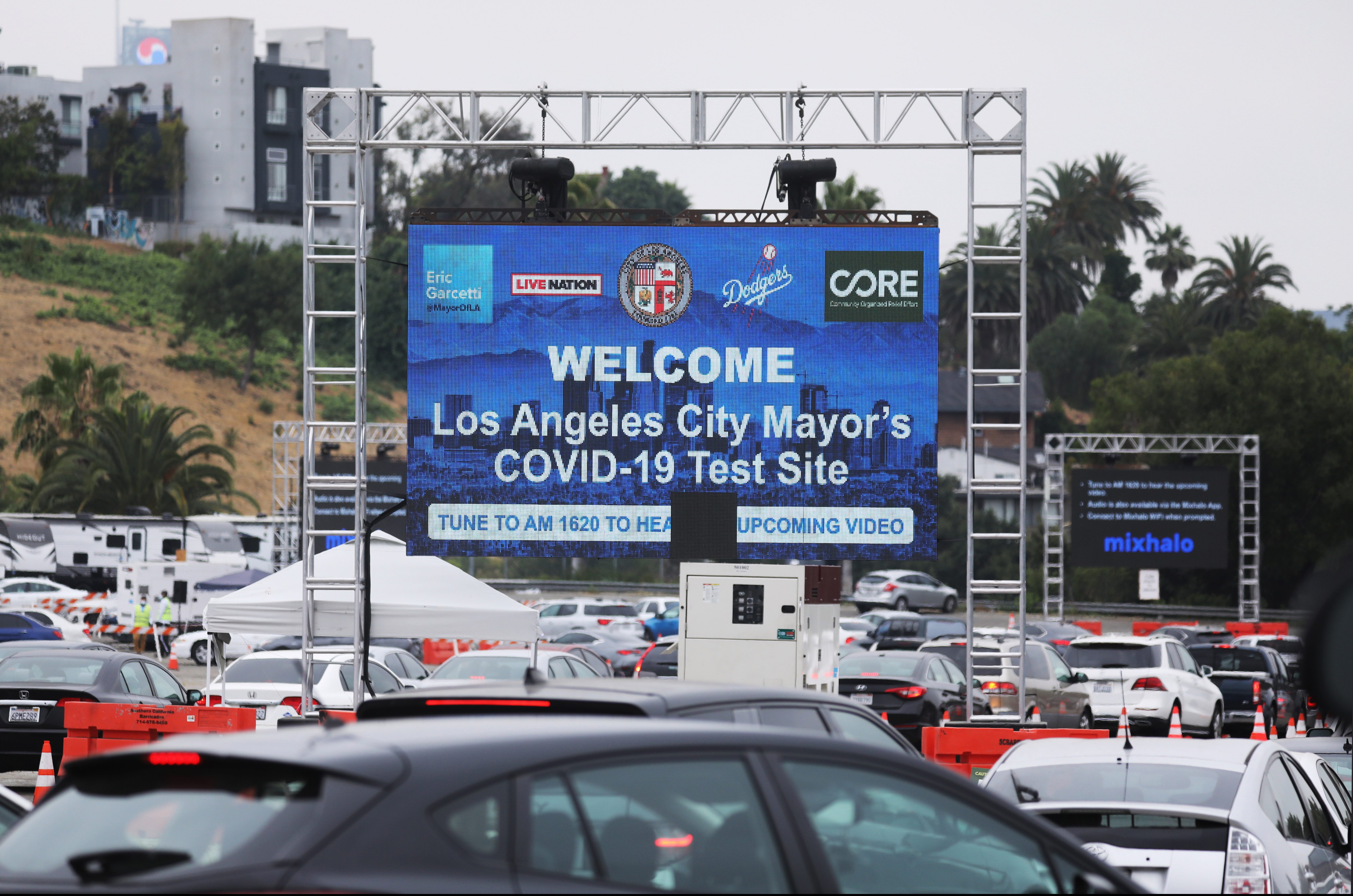 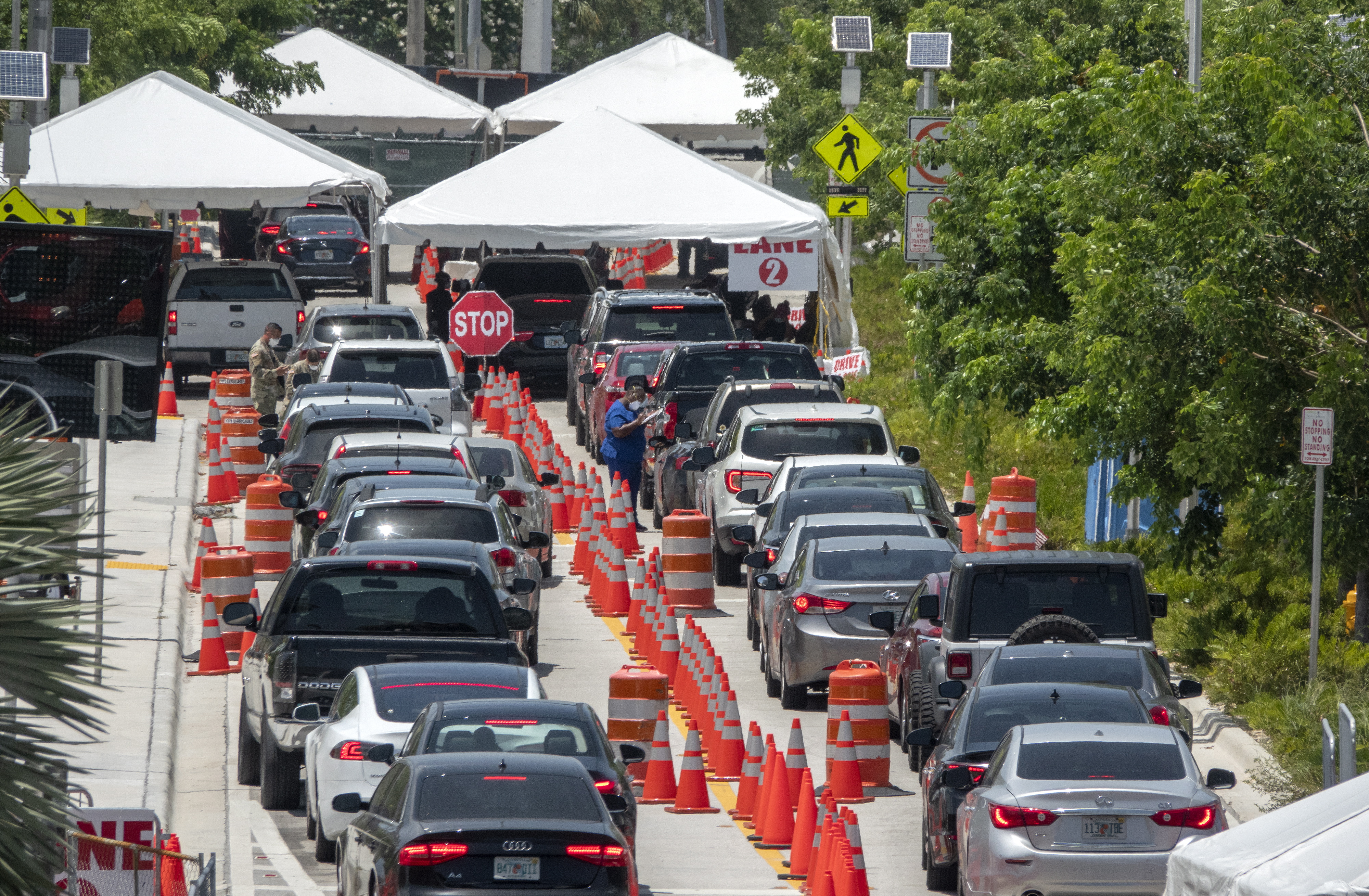 California Gov Gavin Newsom ordered all bars, indoor restaurants, and movie theaters in most parts of the state to shut down immediately just three weeks after ending a three-month lockdown.

Texas continues to struggle with a rise in cases as the state broke its daily record on Wednesday by reporting 8,076 new cases – 1,000 cases more than the day before.

While the country struggles to control the US outbreak, health officials are urging Americans to celebrate the upcoming July 4 holiday at home.

Though the holiday is usually commemorated with big barbecues and massive firework displays, experts have asked the public to skip normal activities because the risk of spreading COVID-19 is too high.

Epidemiologists have said that the new infections likely started on Memorial Day weekend when Americans flocked to newly reopened bars and other venues in multiple states. 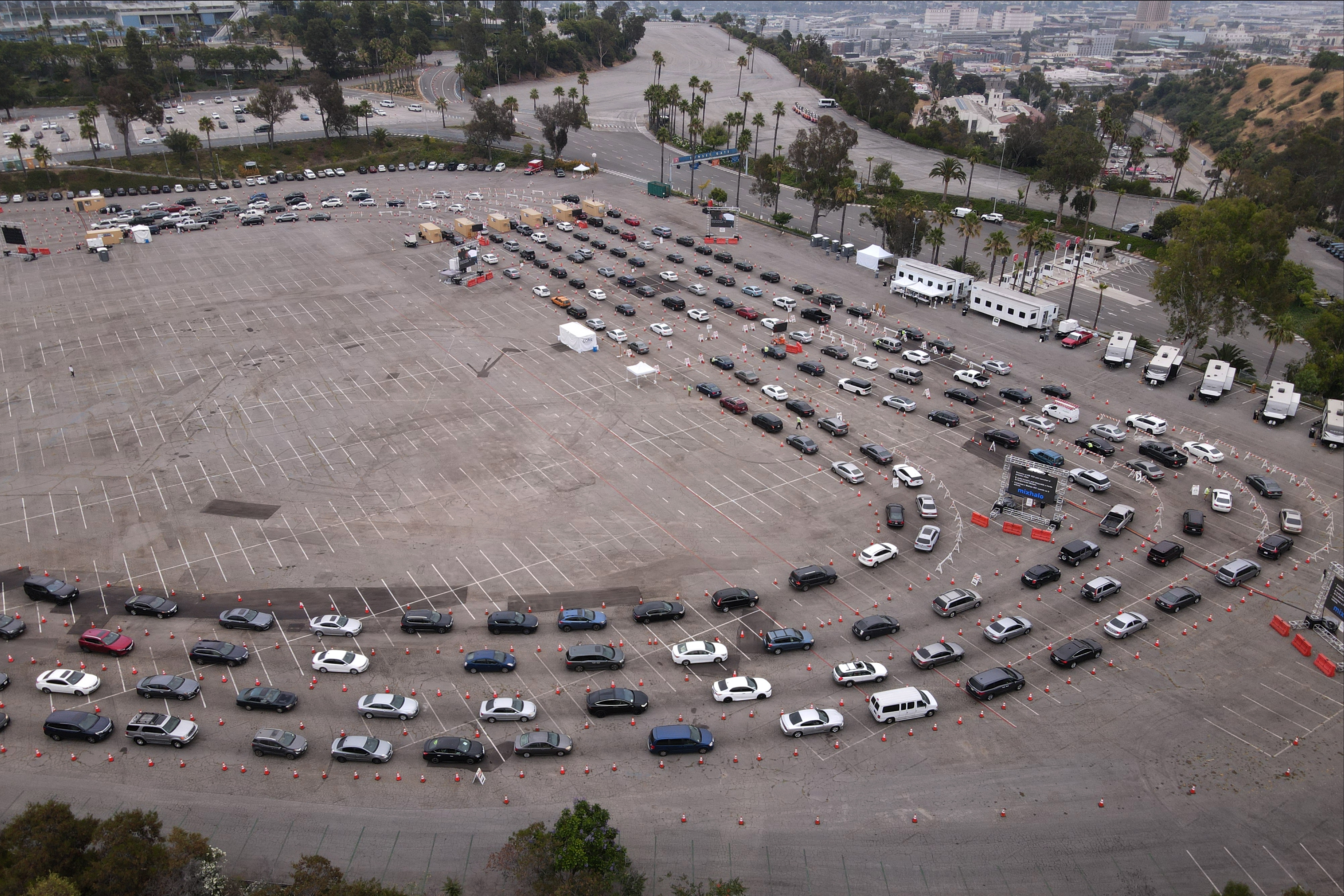 As cases continue to rise, President Donald Trump has expressed hope that the US outbreak will "disappear very soon."

During a Fox Business interview on Wednesday afternoon, the president also encouraged masks, noting that he thought he "looked like The Lone Ranger" when wearing a black one of his own.

"I think we're going to be very good with the coronavirus and it will disappear very soon, I hope," Trump said, adding that he believes a vaccine will be created "very soon."