The key to a longer life is a row with your other half: Couples who have all-out fights live longer, scientists say

It may not be good news for your neighbours, but a blazing row with your other half could be the secret to a long life.

Couples who let it all out during a tiff have a lower risk of ill health and dying early, a study has found.

The key is to make sure you’re both dealing with a dispute in the same manner, scientists say. 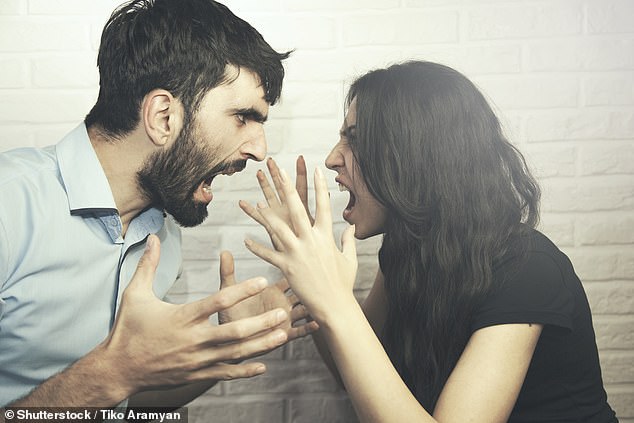 Researchers from the University of Arizona’s psychology department say that, when couples react differently during arguments, it creates stress (stock image)

For instance, those who bottle up their anger while the other partner lets rip almost double their risk of an early death.

Researchers from the University of Arizona’s psychology department say that, when couples react differently during arguments, it creates stress. ‘Discordant response styles may lead to increased relational conflict, which, in turn, undermines long-term health,’ they say.

The study involved data from 192 couples over 32 years to see if their ‘anger-coping’ responses affected mortality. ‘The greater the mismatch between spouses’ anger-coping response style, the greater the risk of early death,’ they found.

Researchers looked at how couples behaved during rows: whether they vented their anger or suppressed their feelings.

They then compared this behaviour with their health and whether or not they died over the next three decades. Couples’ coping styles were assessed with statements such as ‘I’d get angry or mad and show it’, and ‘I’d get annoyed but would keep it in’.

The lowest risk of early death was among couples who both expressed their feelings, where the husband has a 24 per cent risk of death over the 32 years, and the wife 18 per cent.

In couples where both bottled up their anger, the man had a 35 per cent risk of death, and the woman, 18 per cent.

But when there was a mismatch in styles, the risks almost doubled.

Where the man was expressive and the wife suppressive, his risk of death was 51 per cent, and hers 36 per cent.

When she was expressive, and he suppressive, his risk was 49 per cent, and hers 28 per cent. 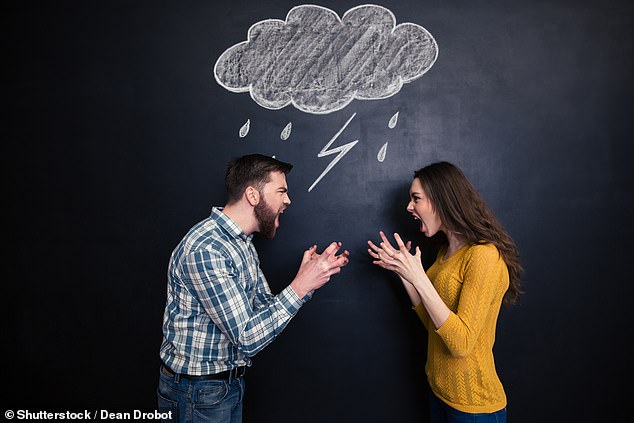 Psychologist Kyle Bourassa, who led the study, said: ‘If spouses’ responses to conflict differ, this could translate into more daily conflict over time.

‘One partner may want to have more heated disagreements, whereas another partner might not, leaving both partners dissatisfied with how their conflicts are handled. This could then result in more daily stress that would damage people’s health over the long term.

‘Couples whose interpersonal styles better match might have less conflict in comparison, and maintain better health as a result.’

The research, published in the Journal Of Psychosomatic Medicine, means good news for couples who prefer to let the sparks fly with a blazing row.

It could, ironically, help them enjoy more years together, said Mr Bourassa.

‘Suppressive, which is basically acting as if you aren’t mad or nothing happened isn’t the way to go,’ he said.

‘Expressing anger can be done in an assertive way. You can both be expressive or suppressive, but the mismatch is where you get into trouble.’