Couple who were having an affair claimed they were ‘cleaning up spilt Coke’ when they were caught having sex in a cricket club car park by horrified 11-year-old girl, court hears

A couple who were having an affair were caught having sex in a car by a horrified 11-year-old girl – but insisted they were just clearing up ‘split Coke’, a court heard today.

David Baker and Carol McCann, both 61, were caught romping inside a grey coloured car outside the Northern Cricket Club in Great Crosby, Liverpool on April 12.

Their antics, at around 2.30pm, were caught out by a young girl who asked her mother: ‘Are they doing what I think they are doing?’

Despite insisting they had found themselves in the position after spilling a can of Coke, the couple pleaded guilty at Sefton Magistrates Court today. 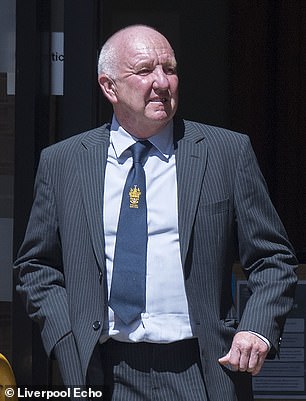 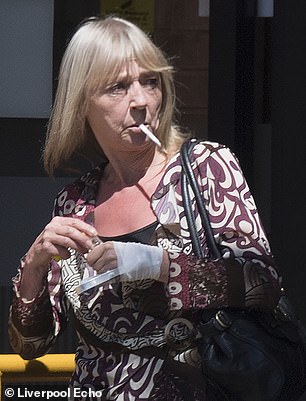 David Baker (left) and Carol McCann (right), both 61, were caught romping inside a grey coloured car outside the Northern Cricket Club in Great Crosby, Liverpool on April 12

The couple had been charged with outraging public decency by having sex in view of the public, as reported by the Liverpool Echo.

Both were ordered to carry out 100 hours of unpaid work each, and were told to pay £85 in costs and a victim surcharge of £85.

Prosecuting, Sarah Egan told the court how the mother and daughter had noticed Baker ‘naked, and facing the rear of the car.’

A second adult approached the pair, asking: ‘What do you think you are doing?’ She then took a photograph of the couple in the car.

Ms Egan said Mr Baker pulled up his trousers when the pair were caught, but Ms McCann, a dinner lady, made no effort to put her clothes back on.

McCann later told police she had spilt a can of Coke which had ‘gone everywhere’ and was just trying to change her clothes. 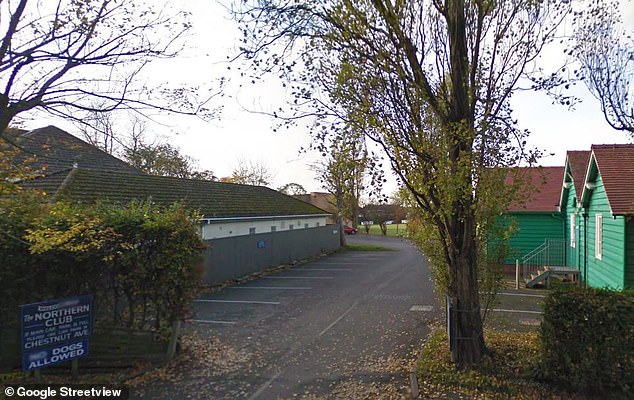 The court heard how the pair had parked up outside The Northern Cricket Club in Great Crosby, Liverpool after Baker spilt a can of Coke over McCann

The court heard how Baker, who was married, had opened the can of Coke after picking McCann up from a train station – and had pulled up outside the cricket club for her to get changed.

Nick Archer, defending Baker, explained that when she started to get changed ‘one thing led to another.’ He said: ‘It may have looked like it, but it was not actual sex.’

He continued: ‘It was a number of coincidences. One thing led to another, but it was short of intercourse. Obviously my client is full of shame and embarrassment He has had to explain it to his family.’

Joe Woodyatt, defending McCann, said she was ashamed and sorry for what happened. Both have been ordered to carry out 100 hours of unpaid work each.