A council has removed controversial temporary cycle ways installed as part of a Government-funded product due to complaints from residents.

The Government provided money for pop-up cycle ways in May in an effort to reduce demand on public transport and encourage more people to shift to two wheels.

Officials in West Sussex have decided to remove the cycle ways from Crawley, East Grinstead, Horsham, Shoreham and Worthing. 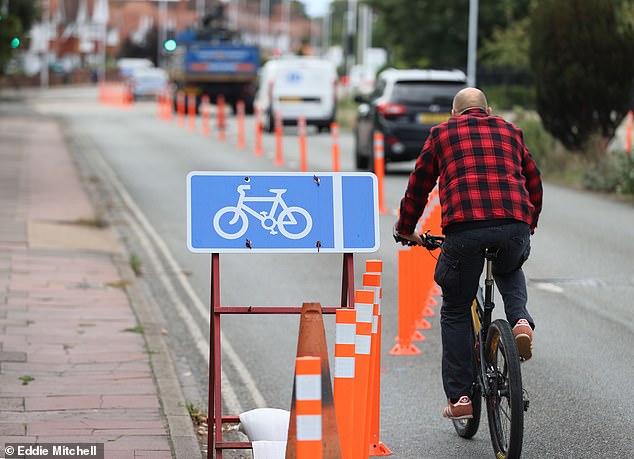 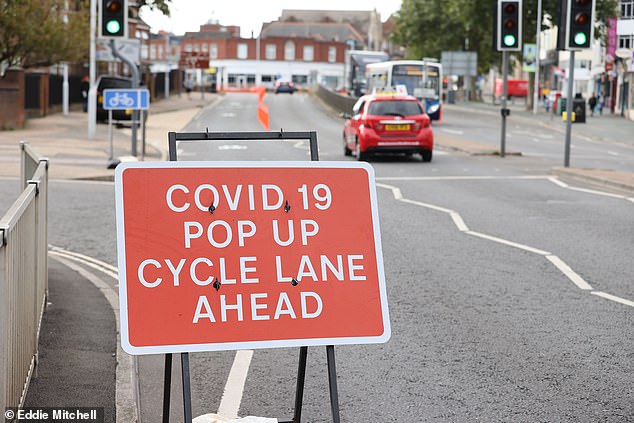 Cycle lanes in Crawley, East Grinstead, Horsham, Shoreham and Worthing, pictured, will be removed following a decision by the council.

According to the local council, with increased traffic levels and more people using public transport there is no longer any need for the cycle lanes.

Roger Elkins, Cabinet Member for Highways and Infrastructure said: ‘The schemes fulfilled their main objectives of offering people dedicated space to cycle rather than using public transport, or to leave the car at home and use their bike instead. This was in response to the unique set of circumstances during the first national lockdown, including schools and colleges having been closed for months and vastly-reduced public transport capacity.

‘The extraordinary environment that led to their installation no longer exists even though we are about to enter into a new national lockdown: schools and colleges are open, traffic volumes have increased and, although public transport capacity is not back to pre-March levels, it is significantly improved.’

Mr Elkins said the council feedback showed most people were opposed to the cycle paths, claiming they led to increased congestion. 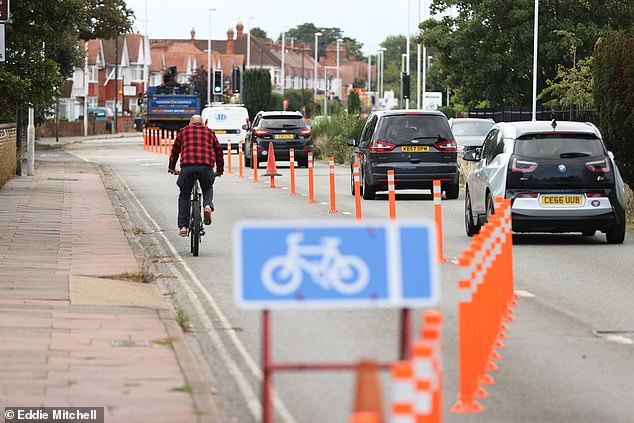 Roger Elkins, Cabinet Member for Highways and Infrastructure in West Sussex said the public response to the cycle lanes was overwhelmingly negative