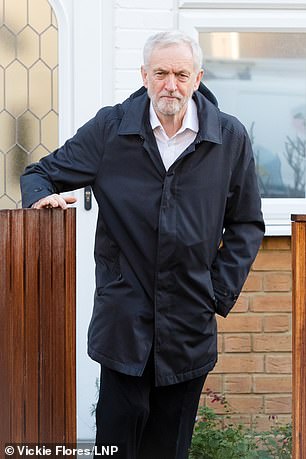 Jeremy Corbyn abandoned an attempt to call a stunt vote of no confidence in Theresa May in less than an hour today.

Labour has repeatedly demanded the Prime Minister call the postponed vote on her Brexit deal before Christmas despite knowing it would be defeated by a landslide.

Labour sources insisted at around 3pm Mr Corbyn would demand a vote on Mrs May if she failed to set a date.

But after Mrs May told MPs the vote would be held in January he never made his move in his own speech at around 3.45pm.

Despite the bizarre sequence of events, a Labour spokesman insisted Mrs May only announced a date ‘under threat of a motion of no confidence in her’.

Downing Street said last week the vote would be held in mid January. Mrs May today only confirmed which week it would happen.

Losing a vote declaring there is no confidence in Mrs May would be acutely embarrassing and would provoke calls for her to resign.

But crucially the motion Mr Corbyn considered would not be binding and would not start a 14-day countdown to an early election.

That can only happen if a formal vote of no confidence in the entire Government is tabled under the laws in the Fixed Term Parliaments Act.

Parliamentary rules suggest Mr Corbyn’s motion would not have forced the Government into allowing time for a debate or vote – meaning Mr Corbyn’s call could have just been ignored even if he had made it.

What is Jeremy Corbyn proposing?

Jeremy Corbyn has said there should be a vote of no confidence in the Prime Minister if she does not set a date for a vote on her Brexit deal.

Can this force her to resign?

Not automatically – but a confidence vote against the PM would be very damaging and lead to calls for Theresa May to quit.

Can it force an election?

No. A motion of no confidence in the Prime Minister is not the same as one in the whole Government. Only the second version is enough under the Fixed Term Parliaments Act to start a countdown to the election.

Why is Corbyn doing this?

Mr Corbyn wants the vote on Brexit deal before he tries to do a full-blown confidence vote. He believes Mrs May will lose a vote on her deal and that will make her more vulnerable to a proper confidence motion.

It depends. Labour can call debates on whatever it likes on Opposition Days – usually Wednesdays. But is has no more time this year to call debates.

Labour will insist the Government should make time to have this debate and vote – but Parliamentary rules suggest ministers can just ignore it.

Mr Corbyn has been reluctant to move to a full vote of confidence until after the Prime Minister loses a showdown on the deal – to the frustration of the SNP and other opposition parties.

Labour sources let it be known that If Mrs May did not name a date, Mr Corbyn planned to tell MPs: ‘I will table a motion that this House has no confidence in the Prime Minister due to her failure to allow the House of Commons to have a meaningful vote straight away on the withdrawal agreement and framework for the the future relationship between the UK and the EU.’

In the end, Mr Corbyn never delivered the lines.

A party spokesman said: ‘We will not let her cynically run down the clock to create the false choice between her botched deal and no deal.

‘It is disgraceful that a month has been wasted. We were due to vote on 11 December and there can be no further attempts to dodge accountability to Parliament.’

Labour cannot win a confidence motion without votes from the DUP or Brexiteer rebels – but it takes fewer than a dozen Government MPs to switch sides.

Mr Corbyn has no time left to bring his own votes this year meaning the Government would have to give explicit permission for this motion to be debated.

Commons leader Andrea Leadsom is only obliged to make time for a full-blown confidence vote under the Fixed Term Parliaments Act.

But the rules around the motion Mr Corbyn plans to propose are much more murky.

Mr Corbyn’s move already appeared to be falling flat this afternoon as his former leadership rival Owen Smith said there was no ‘point’ to it.

Mr Smith said: ‘Can’t see that there’s much point in a vote of no confidence in the PM – and not the Government

‘Are we saying we have got faith in Grayling, Hunt and the rest of them? 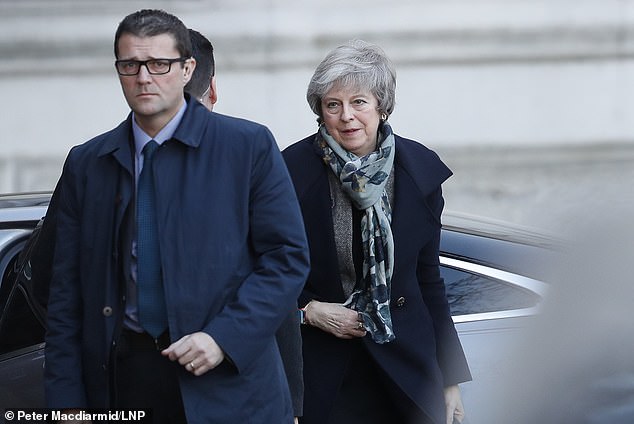 ‘Government will simply ignore it – they can’t ignore a motion of no confidence in the Government.’

DUP sources told ITV they would not definitely vote the motion despite their opposition to the PM’s deal.

The source said: ‘We are not committing ourselves either way. We will see what the situation is closer to the time of the vote.’