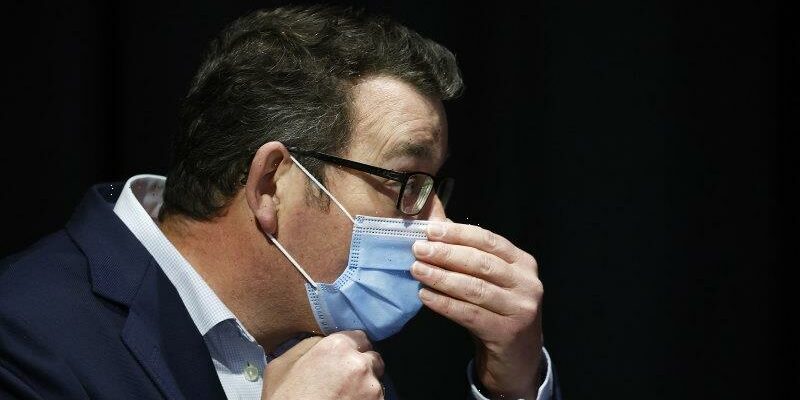 The Victorian government prioritised national consistency over competing health concerns when it scrapped its public transport mask mandate last week, despite advice that even moderate mask use by passengers would reduce transmission significantly.

New documents underpinning last week’s decision were released Thursday night ahead of a national cabinet meeting on Friday, where a radical change of approach to Australia’s coronavirus management will be considered.

Victoria has emphasised its wish for a consistent approach across the states and territories as its primary concern ahead of that meeting.

NSW Premier Dominic Perrottet has been lobbying for mandatory COVID-19 isolation rules to end, so the onus can shift to individuals taking personal responsibility for their own virus management.

The Victorian government is yet to clearly outline where it stands on that issue, but said in a statement on Thursday there was an “ultimate need to normalise and treat COVID-19 as a respiratory condition”.

Many of the nation’s last remaining pandemic rules have been removed in recent weeks and months, as recorded COVID-19 cases and hospitalisations have fallen.

Before of the AFL grand final last week, Victoria announced masks were now “strongly recommended” for passengers on public transport and in taxis, but no longer compulsory.

The documents behind that decision were released late on Thursday night. They showed Victorian Health Minister Mary-Anne Thomas wanted the changes implemented “as soon as possible” ahead of the football game.

Victoria’s Chief Health Officer Brett Sutton detailed serious reservations, saying that, even if less than 50 per cent of travellers complied with the mandate – as forecast – it would still help significantly reduce transmission.

He said mandates particularly helped protect people with disabilities and others at increased risk from COVID to use public transport or taxis “where they have no other option available”.

However, he said moves by other states, including NSW, South Australia and Queensland, to change their rules meant people questioned the science behind the mandates.

“People look to those jurisdictions and question the science and whether mandates should be upheld. I cannot speak to why those states have moved, but they have possibly gone through a low transmission phase.”

Sutton said it was up to the health minister whether she wanted to maintain the mask mandates because of their health benefit “particularly for those who do not have other options for travel” or ease the rules “noting the competing issues of national consistency [and] confidence in the rationale and public health benefit as above.”

Thomas did not address the mandatory isolation debate when speaking at a business lunch on Thursday, but said increasing public freedoms in 2022 had challenged the state’s health services.

“This year has been, in many ways, the most difficult of all, because as those of us outside the health service system have enjoyed greater freedoms, that’s meant there’s been more COVID in our community, and it’s our healthcare workers who have really borne the brunt of that,” she said.

Perrottet said on Thursday that Australia needed to move away from public health orders and towards personal responsibility.

“I believe we need to get to a point where if you’re sick, you stay at home, and if you’re not, you get out and about and enjoy life,” he said.

Perrottet said he had already discussed the matter with some state counterparts and would lobby for the isolation period to be removed on Friday.