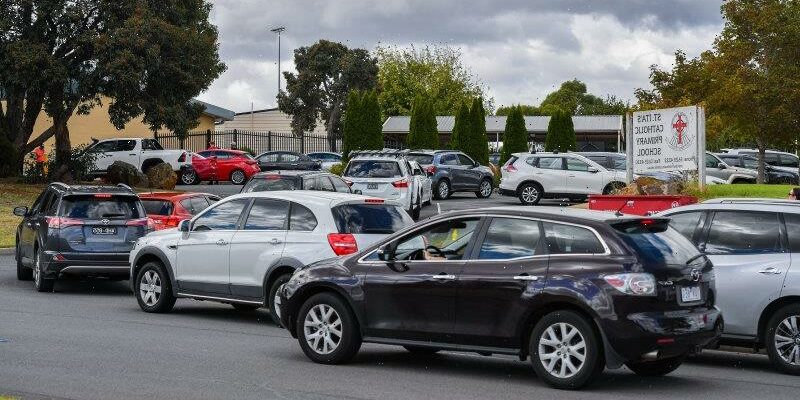 The once-sleepy Gippsland town of Drouin is booming, and so is its traffic. At the afternoon school pick-up, cars stretch, bumper to bumper, for hundreds of metres.

Traffic is forecast to triple in parts of Drouin by 2036 and the neighbouring town of Warragul is under similar pressure. 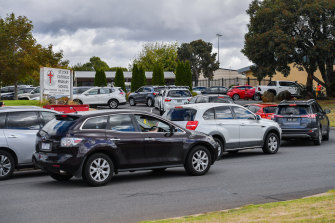 Busy roads are nothing new to drivers in Melbourne and its suburbs, but for regional motorists in towns just beyond the city fringe, these traffic jams are a new experience, albeit increasingly common.

From the Baw Baw Shire in west Gippsland, which includes Drouin, to the Surf Coast and Geelong, rapid population growth is leading to road congestion.

Victorian government data shows the West Gate and Monash freeways are Melbourne’s most used roads, while seven of the nine busiest roads in regional Victoria are in Geelong or the neighbouring Bellarine Peninsula.

But some communities where traffic previously flowed freely are now experiencing metropolitan-style congestion. And, with the price of petrol soaring, that extra time behind the wheel is sure to put added pressure on household budgets.

Baw Baw Shire mayor Michael Leaney said residential growth in the region was faster than forecast and ahead of planned growth rates, meaning roads were under pressure and being asked to carry more traffic than they were built for.

“During school times it becomes absolute gridlock,” he said.

Cr Leaney said heavy trucks were being forced onto smaller roads because of the gridlock, and that posed a danger to children, particularly during school drop-off and pick-up times.

To prepare for the growth, the shire wants the state government to provide $3 million in funding to plan bypasses for both towns, as well as improved intersections and the duplication of a main road between the towns.

After moving to Drouin from Ashburton in 2015, Dorothy McMahon says she has seen a huge increase in traffic.

She said school drop-off and pick-up times were so busy she often felt like she was back in Melbourne. 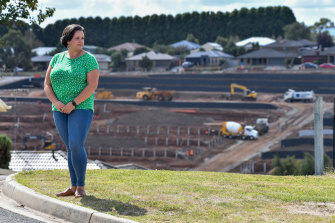 Drouin resident Dorothy McMahon says she feels unsafe because of all the traffic at busy times and she won’t let her kids walk alone to their school.Credit:Joe Armao

“People came down here to escape the hustle and bustle, but now it’s followed them because there’s so many more people,” she said.

Ms McMahon has been campaigning for a crossing outside her children’s primary school, but her concerns about traffic are much broader than that.

She said transport infrastructure was quickly falling behind the community’s needs.

A spokeswoman for the state government said any future planning would look at the arterial road network, public transport and other forms of commuting. 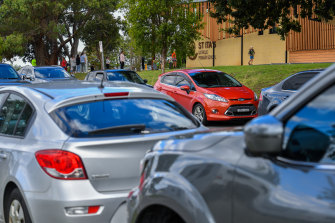 The population of Drouin and nearby Warragul are forecast to almost double by 2035.Credit:Joe Armao

“We’ll continue to work with the community to understand the transport needs of the fast-growing Drouin and Warragul [townships],” she said.

The spokeswoman said the upgrade of the Gippsland rail line would make it easier for residents to use trains, providing more frequent and reliable rail services.

More services were being added across the train network, she said, to help passengers return to public transport.

“It’s getting more urgent by the moment. More people are heading out our way,” he said. “They expect the infrastructure to be a certain quality, and we’re not fulfilling it at the moment.

“It’s really a microcosm of Melbourne. It’s very vibrant but it’s congested. You can’t have one without the other,” she said.

He said these could include smaller buses that ferry passengers outside peak public transport periods on more flexible routes than traditional forms of public transport.

“They’re more reliable,” he said. “They can be on-demand, frequent and cost-effective.”

A guide to the environment, what’s happening to it, what’s being done about it and what it means for the future. Sign up to our fortnightly Clear Air newsletter here.