The Irish and the French accents are surely two of the most lyrical on the planet. How they come together in the West Cork podcast, however, is far from poetic.

Set in the south of Ireland, it traces the murder of French woman Sophie Toscan du Plantier in December 1996. 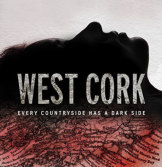 Sophie Toscan du Plantier was found murdered near her holiday home near Schull in 1996.

The 39-year-old's body was found brutally beaten in the laneway leading to her holiday home near Schull, in a rugged, isolated part of County Cork. Within hours of that discovery, Englishman Ian Bailey, a journalist-turned-poet who lived nearby, arrived on the crime scene. He subsequently reported on the case for various newspapers in Ireland and the UK, but a sighting of someone fitting his description near the site of the murder placed him as a key person of interest with the police.

He was arrested twice by the Garda Síochána, the Irish police, but both times released without charge.

Toscan du Plantier, an arts producer, had owned a holiday house in West Cork for many years and often used it as a retreat to write on her own. She was married to French film producer Daniel Toscan du Plantier, with whom she had a son, Pierre-Louis; he also appears in the podcast as part of a quest to uncover the truth about his mother's death.

Now a cold case, the investigation was one of the biggest in Irish history, and the ineptitude of the Garda Síochána is a focus of the podcast. Produced by journalists Jennifer Forde and Sam Bungey for US company Audible, the 13-part series released last year makes compelling listening.

It's timely, too. After fighting off an extradition warrant from French authorities, Bailey will be prosecuted for the murder in a Paris court this year. He is reportedly considering whether to attend.

To read more from Good Weekend magazine, visit our page at The Sydney Morning Herald, The Age and Brisbane Times.