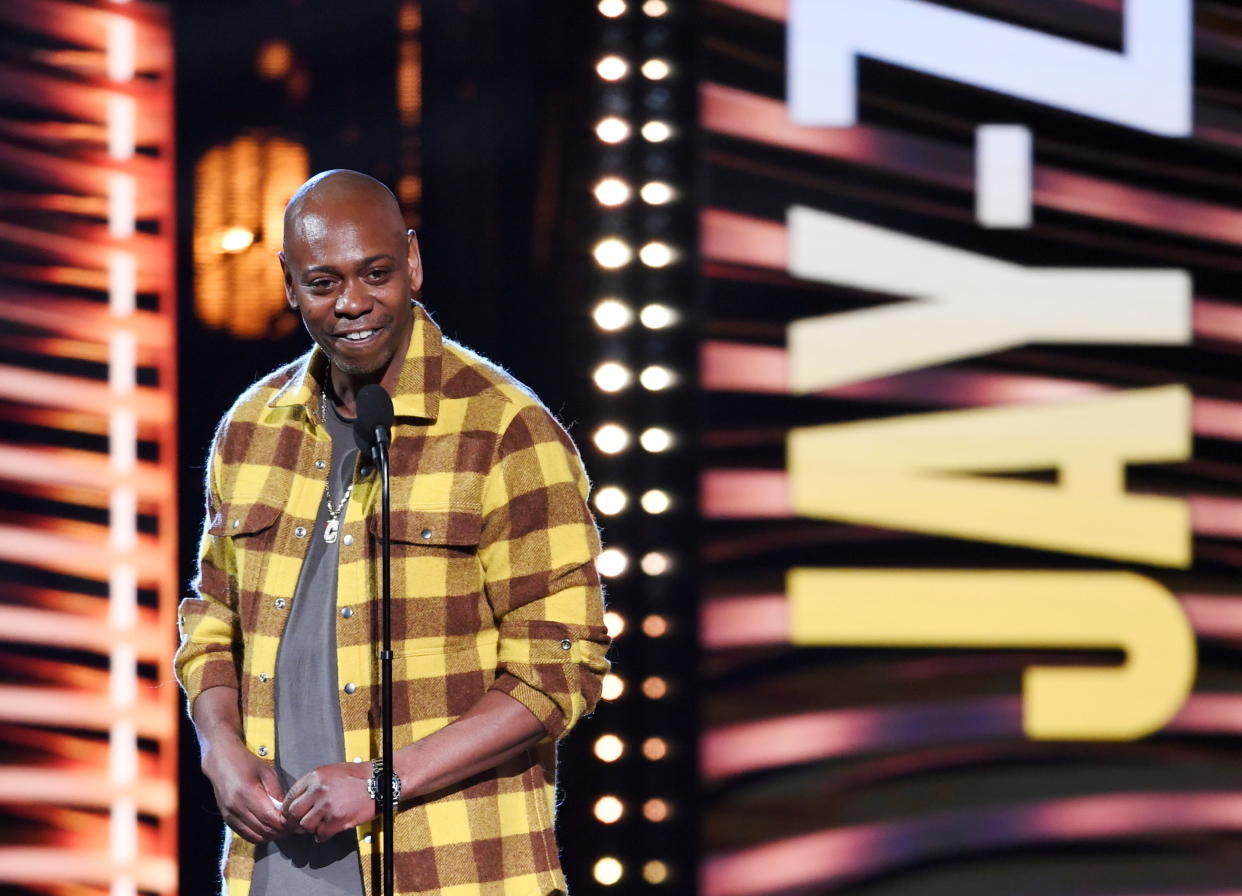 (Reuters) – Comedian Dave Chappelle was tackled on stage during his show at the Hollywood Bowl in Los Angeles on Tuesday night, according to multiple U.S. media outlets, citing witnesses and videos.

Footage circulating on social media showed a man charging on to the stage and tackling Chappelle as he was performing. The comedian was immediately dragged off by security, the videos showed.

Chappelle was performing at a new, 11-day comedy festival called "Netflix is a Joke," according to organizers.

Chappelle's Netflix comedy special "The Closer" was criticized last year by some who saw it as ridiculing transgender people. Supporters of the comedian viewed it as a cry against cancel culture.

The onstage altercation comes a month after actor Will Smith slapped comedian Chris Rock at the Oscars, for which he was banned from the event for 10 years.

According to an ABC report, Rock, who performed earlier in the night, came on stage with Chappelle moments after the attack and joked: "Was that Will Smith?"

Chappelle asked repeatedly for security to remove the man from the stage, the ABC report added.

Brianna Sacks, a journalist for BuzzFeed News who said she was at the show, tweeted that the man who charged at Chappelle on stage got kicked by at least 10 people.

Just came out of the Hollywood Bowl where a man charged and tackled Dave Chapelle on stage and got his ass kicked by at least 10 people.

LAPD and LAFD are now loading him into an ambulance pic.twitter.com/7SXPe9e8az

"The altercation occurred just when Chappelle’s performance ended and later the actor Jamie Foxx went on stage after the incident looking absolutely shocked," she tweeted.

A representative for the Hollywood Bowl said in an email statement to Reuters that the incident was subject to "an active investigation" and that it was unable to comment further.