A veteran Colorado Springs police officer has been suspended without pay after he wrote the words “KILL THEM ALL” and “KILL EM ALL” in the comments section during a Facebook livestream of a protest, his department said.

The 40-hour suspension for Sgt. Keith Wrede stemming from the June 30 incident will cost him around $2,000 in wages. He also has been removed from a specialized unit, according to Chief Vince Niski.

On that day, protesters had blocked traffic on Interstate 25 while holding signs in support of Black Lives Matter before dispersing when police arrived, media reports say.

“The incident was being covered by multiple local news crews, one of which was live-streaming the demonstration,” Niski said in a statement. “During that live-stream on KRDO’s Facebook, the comments “KILL THEM ALL” and “KILL EM ALL” were made by someone named ‘Steven Eric.’” 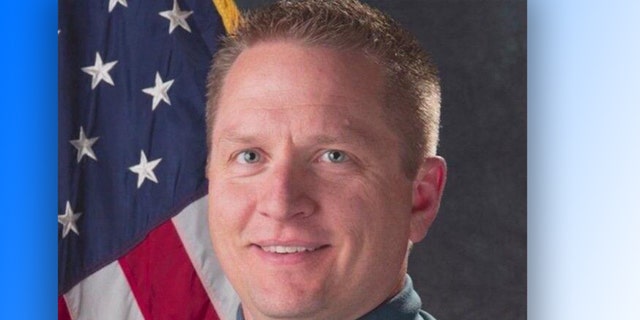 PARENTS OF ELIJAH MCCLAIN, WHO DIED AFTER COLORADO OFFICERS PUT HIM IN CHOKEHOLD, SUES COPS AND FIRST RESPONDERS

Niski said the department learned about the comments after being contacted days later by someone from KDRO, who told them they had received a tip claiming “Steven Eric” was a pseudonym being used by Wrede.

“It was determined that the comments were made off-duty out of frustration and there was no indication of any physical action or intent to cause harm,” he said. “I am in no way minimizing Sergeant Wrede’s words. His comments were unacceptable, have damaged our relationship with members of our community, and fell short of our standards.”

Niski is now asking the community “to not condemn every officer that wears our badge because of one individual’s action.”

“Please remember officers are human too and make mistakes. Throughout his 20-year career, Sergeant Wrede has professionally served this community,” he said. “While his statements were harmful and reprehensible, I cannot deprive the community of a good police officer and his services because of an isolated incident of an error in judgment.”