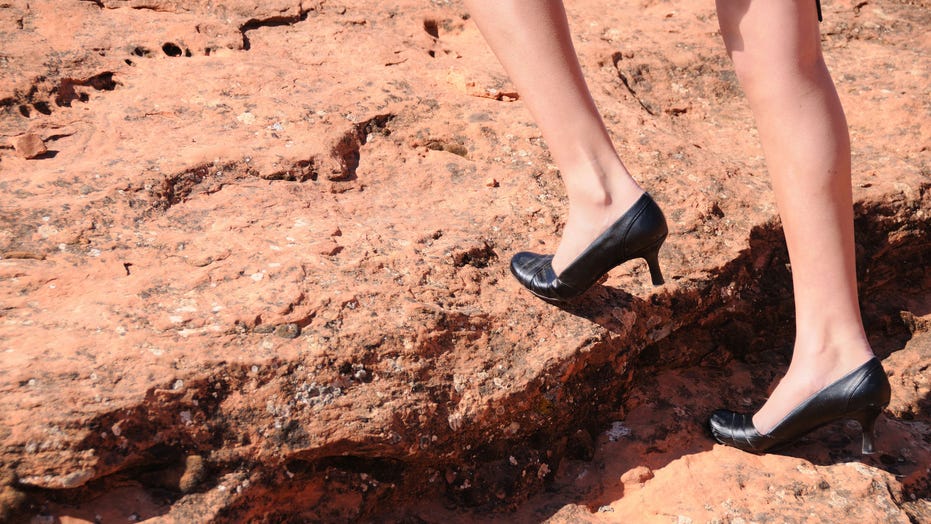 A young woman has made headlines for scaling some of Colorado’s highest peaks in some unusual footwear. While most hikers typically try to find a nice, comfortable boot, this hiker is wearing something a little more glamourous.

“I thought it would be a fun celebration to hike Elbert again, but do it in high heels,” she explained. “It’s kind of a full-circle thing.”

"Personally, it’s symbolic of how far I’ve come, from struggling so much that first time and now I’m cruising up it in heels," Ton said.

Since then, she's summited several other peaks in heels – though other hikers have thrown her strange looks in the process.

Surprisingly, Ton revealed that she wasn’t always into hiking.

“It wasn’t until I went away to college in upstate New York that I realized I had taken living in Colorado for granted,” she said.

Ton said she started hiking during breaks from school since before her junior year of college, and has since climbed 57 of Colorado’s “fourteeners,” mountains that are over 14,000 feet high.

Though she makes hiking in heels look easy, she doesn’t recommend it for everyone.

“My response to that would be that I’m experienced and I know what I’m doing,” Ton told the Gazette. “I don’t want to send a message about doing something stupid and reckless. I know what my boundaries are.”