A 12-year-old boy from Aurora, Colorado, has died weeks after his family found him not breathing on the bathroom floor on March 22.

Joshua Haileyesus’ family believes he went brain-dead on March 22 after participating in a dangerous “game” called the “Blackout Challenge,” which has circulated on social media platforms like TikTok, daring users to choke themselves until they lose consciousness.

“After fighting the good fight on life support for 19 days, Joshua has gone off to be with the Lord, your prayers and your love have comforted us and we are grateful for your support,” a family spokesperson by the name of Natra said in a Thursday statement. 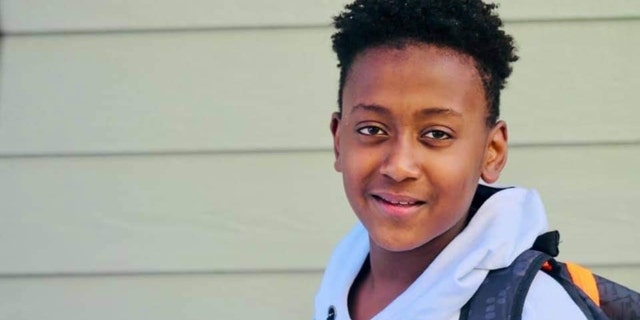 Haileyesus family spokesperson Neb Asfaw clarified to Fox News that they do not know exactly which social media platform the 12-year-old was using when he found the “challenge.”

TikTok has blocked the hashtag “#BlackoutChallenge” and does not allow “content depicting, promoting, normalizing, or glorifying activities that could lead to suicide, self-harm, or eating disorders. It also does not “permit users to share content depicting them partaking in, or encouraging others to partake in, dangerous activities that may lead to serious injury or death.”

TIKTOK WARNING: THERE IS NOTHING STOPPING CHINA FROM ACCESSING KID’S PERSONAL DATA, ON APP, SAYS, KURT ‘THE CYBERGUY’

One of Joshua’s brothers attempted to resuscitate the 12-year-old on March 22 before first responders arrived at the family’s home. Haileyesus was transported to Children’s Hospital Colorado, where he remained on life support for 19 days.

The family is “grateful” for the “thousands” of people who have said prayers for their son and the “hundreds” of people who took part in a March 29 communal prayer on the Children’s Hospital lawn, a press release states. 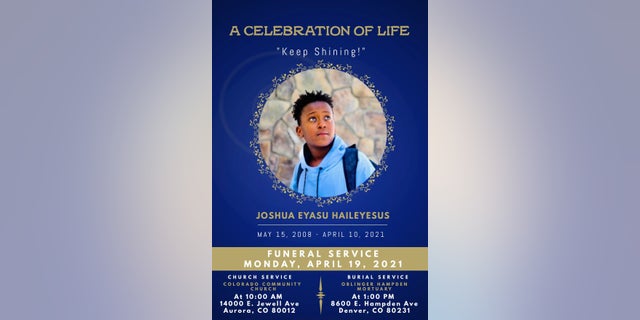 The Haileyesus family is also inviting media and community members to a church and burial service Thursday at 10 a.m. in Aurora and 1 p.m. in Denver, respectively.

Joshua was “gifted, funny, caring, and happy,” according to the release. He loved to explore new hobbies, play soccer, barbeque “better than any adult in the family can,” practice photography, experiment with 3D modeling software, act, write screenplays and play guitar.

He also had future plans to join the U.S Army and become a firs responder.

Joshua was the son of Ethiopian immigrants, a twin and the eldest of three brothers — Caleb, Abenezer, and 5-month-old Nathan. His twin is “devastated and misses him very much and can only talk about bringing him home,” the press release reads.

The family is inviting community members to gather in celebration of Haileyesus’ life again on April 19.