A cold case team that combed through evidence for five years in a bid to unravel one of World War II’s enduring mysteries has reached what it calls the “most likely scenario” of who betrayed Jewish teenage diarist Anne Frank and her family.

Their answer, outlined in a new book called “The Betrayal of Anne Frank A Cold Case Investigation,” by Canadian academic and author Rosemary Sullivan, is that it could have been prominent Jewish notary Arnold van den Bergh who disclosed the secret annex hiding place of the Frank family to German occupiers to save his own family from deportation and murder in Nazi concentration camps.

“We have investigated over 30 suspects in 20 different scenarios, leaving one scenario we like to refer to as the most likely scenario,” said filmmaker Thijs Bayens, who had the idea to put together the cold case team, which was led by retired FBI agent Vincent Pankoke, to forensically examine the evidence. 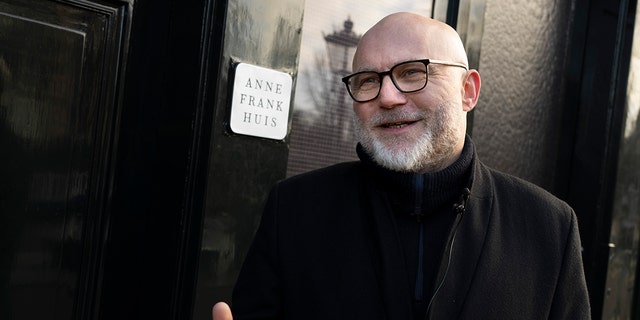 “There is no smoking gun because betrayal is circumstantial,” Bayens told The Associated Press on Monday.

The Franks and four other Jews hid in the annex, reached by a secret staircase hidden behind a bookcase, from July 1942 until they were discovered in August 1944 and deported to concentration camps.

Only Anne’s father, Otto Frank, survived the war. Anne and her sister died in the Bergen-Belsen concentration camp. Anne was 15.

The diary Anne wrote while in hiding was published after the war and became a symbol of hope and resilience that has been translated into dozens of languages and read by millions.

But the identity of the person who gave away the location of their hiding place has always remained a mystery, despite previous investigations.

The team’s findings suggest that Otto Frank was one of the first to hear about the possible involvement of Van den Bergh, a prominent member of the Jewish community in Amsterdam. 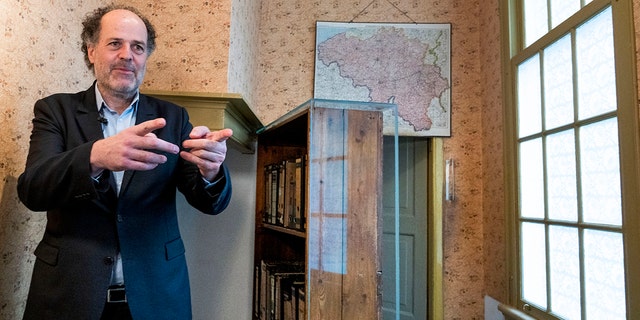 Ronald Leopold, executive director of the Anne Frank House, stands next to the passage to the secret annex during an interview in Amsterdam, Netherlands, Monday, Jan. 17, 2022.
(AP Photo/Peter Dejong)

A brief note, a typed copy of an anonymous tip delivered to Otto Frank after the war, names Van den Bergh, who died in 1950, as the person who informed German authorities in Amsterdam where to find the Frank family, the researchers say.

The note was an overlooked part of a decades-old Amsterdam police investigation that was reviewed by the team, which used artificial intelligence to analyze and draw links between archives around the world.

The Anne Frank House museum in the canal-side Amsterdam building that includes the secret annex welcomed the new research, but said it also leaves questions unanswered. The museum gave the researchers access to its archives for the cold case project.

“No, I don’t think we can say that a mystery has been solved now. I think it’s an interesting theory that the team came up with,” said museum director Ronald Leopold. “I think they come up with a lot of interesting information, but I also think there are still many missing pieces of the puzzle. And those pieces need to be further investigated in order to see how we can value this new theory.” 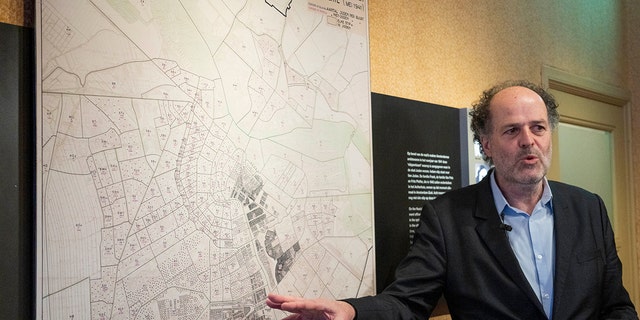 Ronald Leopold points to a map showing the geographical spread of the Jewish community in the capital in May 1941, during an interview in Amsterdam, Netherlands, Monday, Jan. 17, 2022.
(AP Photo/Peter Dejong)

Bayens said the hunt for the betrayer was also a way of looking for an explanation of how the horror of the Nazi occupation forced some members of a once close-knit Amsterdam community to turn on one another.

How did facism bring people “to the desperate point of betraying each other, which is an awful, really awful situation?” he said.

“We went looking for a perpetrator and we found a victim,” Bayens said.