Pete Carroll still needs a quarterback, but talks with Colin Kaepernick to fill that vacancy in Seattle have apparently stalled.

The Seahawks coach said Tuesday from the NFL’s annual meetings in Florida that, even though Kaepernick reached out to him about trying out for the team, their “conversations have not progressed.”

“I’ve watched a bunch of his workouts … to kind of keep me up with what’s going on,” Carroll said, via USA Today. “He’s really working hard. He’s all over the country, traveling around, getting his workouts in. So he’s still competing for it.”

Carroll: Kaepernick is ‘doing a nice job presenting himself’

Kaepernick has been working out very publicly in recent weeks in an apparent effort to get back into the league this fall.

The former San Francisco 49ers quarterback hasn’t played since the 2016 season, when he first started his social justice protests during the national anthem. That essentially led to him being blackballed from the league.

Kaepernick filed a grievance against the NFL and claimed that team owners colluded to keep him out of the league due to the backlash and criticism that his protests generated. That grievance was settled privately in 2019.

Kaepernick, 34, has long said that he’s been training nonstop and that he is still ready to return to the NFL. He’s posted multiple clips to social media in recent weeks of him working out with others, including Seahawks receiver Tyler Lockett.

Carroll said earlier this month that he thinks Kaepernick deserves a second chance. The Seahawks are also in need of a new starting quarterback after they traded Russell Wilson to the Denver Broncos.

While it sounds like the Seahawks aren’t yet willing to give Kaepernick that second chance, Carroll is liking what he’s seen from Kaepernick so far. 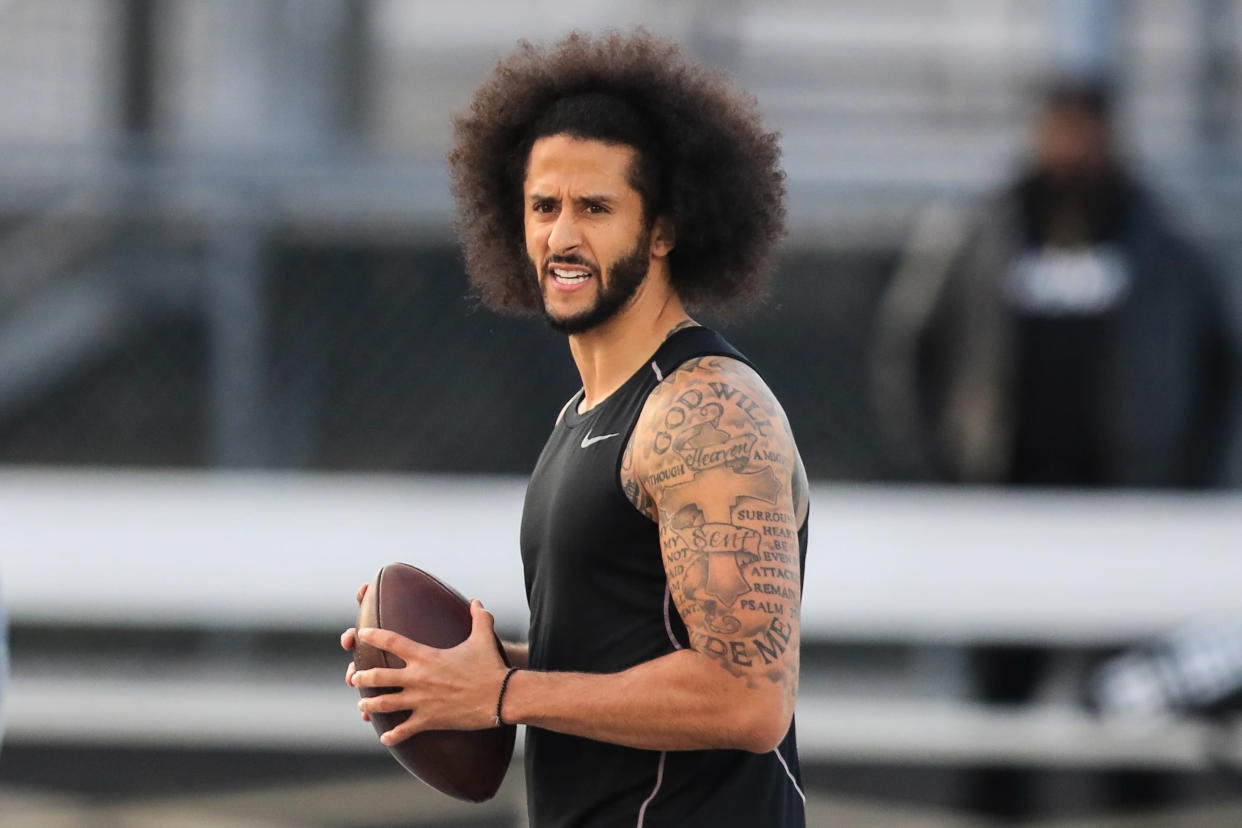